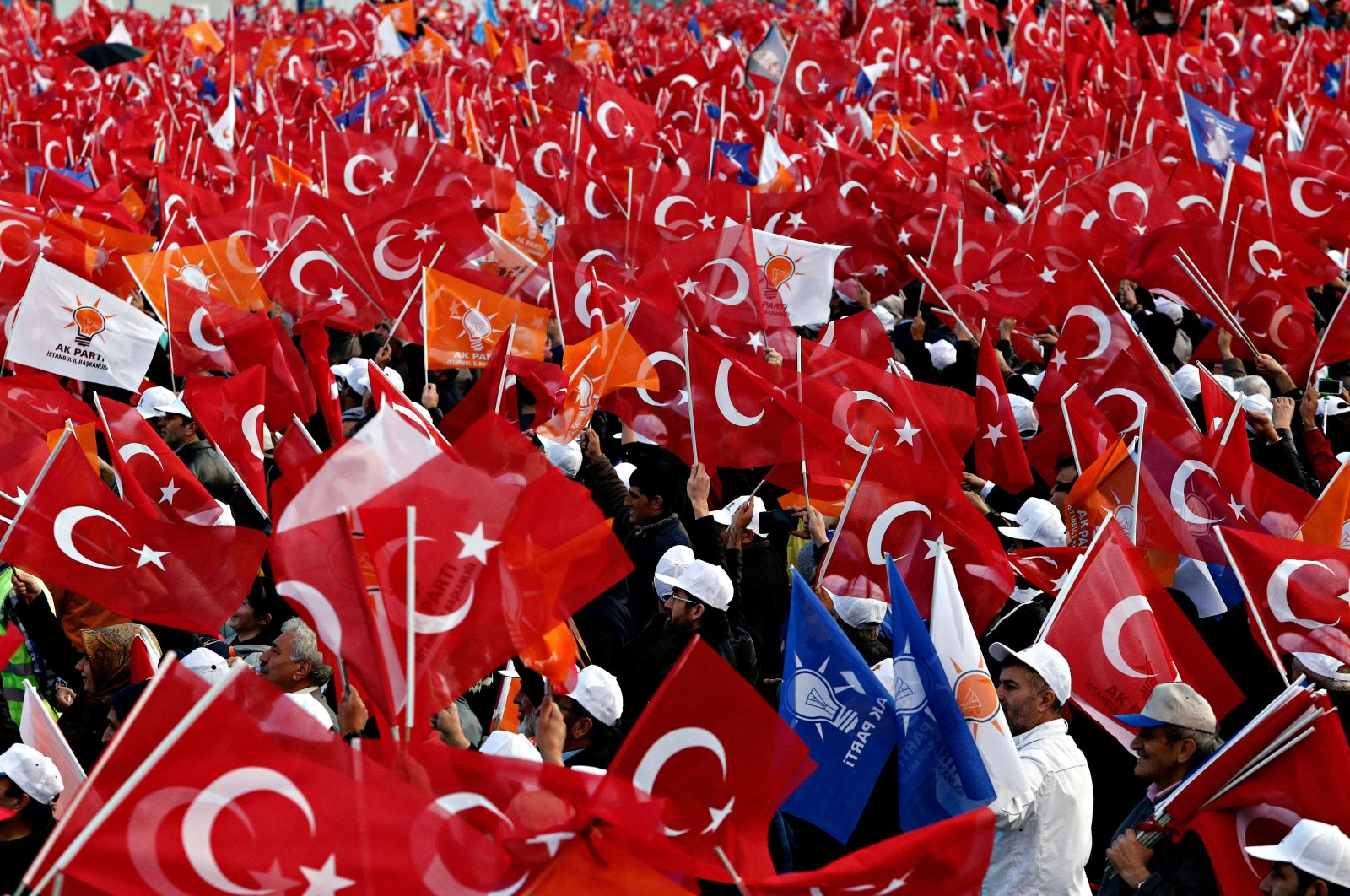 President Recep Tayyip Erdoğan unveiled his long-awaited vision document for the “Century of Turkey” at the Ankara Arena on Friday.

The content and text of a short video, which was posted on Erdoğan’s social media account earlier this week, contained important clues to the vision document. Telling the incomplete story of Şakir Zümre, a pioneer in the Turkish defense industry who launched initiatives at the behest of Mustafa Kemal Atatürk, the film was introduced with the following statement: “Through the vision of the century of Türkiye, which will be built on the achievements of our country and civilization, we will launch initiatives for the next century and, inchallah, our dream will come true one by one.

This short film alludes to a setting that approaches Turkish modernization from the perspective of continuity while highlighting the revolutionary initiatives launched under Erdoğan’s government. In this sense, it explains how the dreams of the founder of Türkiye came true during the two decades of rule of the Justice and Development Party (AK Party).

It will come as no surprise that the AKP party’s election campaign portrays Turkey as a rising power in many areas (including defense industry, foreign policy, education and technology) and Erdoğan as a leader who launched important new initiatives. Thus, the party will draw a straight line from Atatürk to Erdoğan.

The vision document, which uses “inclusive and encompassing” language to urge various social groups to launch new initiatives and shape Turkey’s next century, focuses on “hope” and “working together”. The decision of the AK party to invite pro-opposition journalists to the unveiling of its vision document – which presents themes such as the Republic, democracy, our civilization, building on national-indigenous values, the fight against domestic and foreign tutelage, independence and becoming an active global player – was also in line with the “Century of Turkey” discourse.

Erdoğan gained a psychological advantage over the opposition by launching his re-election campaign early and quickly. After reaching out to the Alevi community and proposing a constitutional amendment to safeguard women’s right to wear the religious headscarf, the Turkish president also outstripped the opposition by forging a rhetorical framework for his campaign. How the opposition bloc, popularly known as the “table for six”, might respond to this ambitious and inclusive agenda will be up for debate over the coming weeks and months.

The opposition bloc, whose selection of a presidential candidate remains late, has been slow to make key policy choices and present its vision for the future. The Republican People’s Party (CHP) imagined the idea of ​​the “Second Century of the Republic” without claiming any claims, reducing this concept to mere periodization. It would not be surprising if the Republic were a central theme in the campaign rhetoric of this movement. By contrast, Kılıçdaroğlu’s sporadic references to “making amends” and “rebuilding” are still very ambiguous, and it remains to be seen what the remaining opposition parties will approve of. To make matters worse, it is still unclear what kind of “reconstruction” the Good Party (IP) and the Peoples’ Democratic Party (HDP) might agree on.

With the election just seven months away and all the candidates working on their campaigns, embracing the Republic will likely be a common theme. However, it remains to be seen whether ‘reconstruction’ will be enough to compete with the bold new measures the government is pledging to take in ‘the century of Turkey’. Either way, it’s safe to assume there will be some debate over “which Republic” we’ll have.

Meanwhile, the CHP’s dominance on the “table of six”, coupled with the “bullying” of the pro-CHP media against the remaining opposition parties, continues to irritate Meral Akşener of the Good Party and Ali Babacan, the president of the DEVA.

The former recently complained of “the bewilderment of those who support and try to reorganize” the main opposition party. Afterwards, Babacan issued a stern warning: “Everyone should come to their senses and stop dreaming. Either we’ll do it together or not at all.

In truth, the “table for six” has become a sort of chessboard where the political leaders concerned compete internally and their supporters publicly. The various nomination tricks were plagued by reciprocal threats from commentators that “you can’t win without us”.

In my opinion, neither Akşener nor Babacan have much leeway in the face of CHP impositions. At this point, any politician who leaves “the table” will receive a hammer blow.

The president of the Good Party made a serious mistake by dismissing the possibility of becoming the opposition’s co-candidate for the presidency in the first days. This statement undermined his party’s potential popular support. In the end, that was not enough to ease the pressure from CHP circles – which she is now complaining about. His humiliation by the HDP leadership, which constantly reminds opposition leaders that HDP voters supported them in the last municipal elections, only makes the situation worse.

Meanwhile, Babacan seems to think he can exert some influence on the opposition bloc by keeping “the table” centered on the transition process. Ultimately, however, this approach was not enough to stop the CHP from making impositions.

Keep up to date with what is happening in Turkey, in its region and in the world.

The Paintings of Life Under Franco by Juan Genovés, at the Marlborough Gallery – ARTnews.com