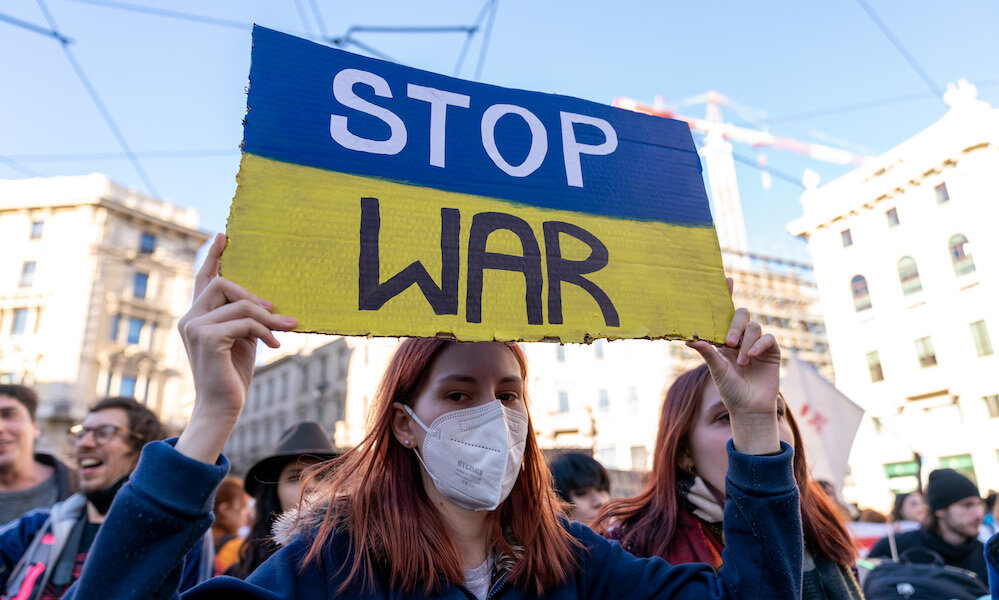 We are faced today with an avoidable crisis between the United States and Russia that was predictable, deliberate, but easily solvable with common sense.

But how did we get here?

Allow me to introduce a bit of history into the current crisis. Every day before February 24, 2022, we learned that war in Ukraine could be imminent. Russian troops, we were told, were massing on Ukraine’s borders and could attack at any time. US citizens have been asked to leave Ukraine and relatives of US Embassy staff have been
evacuated.

Meanwhile, Ukraine’s president advised against panic and made it clear that he did not believe a Russian invasion was imminent. Vladimir Putin has denied plans to invade Ukraine. He asks that the process of accepting new members into NATO be halted and that Russia be given assurances that Ukraine and Georgia will never become members.

President Biden declined to give such an assurance, but made it clear that he was open to discussing other issues of strategic stability in Europe. In the meantime, the Ukrainian government has made it clear that it does not intend to implement the 2015 agreement to unite the Donbas provinces with Ukraine with a high degree of local autonomy – a agreement with Russia, France and Germany that the United States accepted.

Was this crisis avoidable?

Recently, I learned some insights from a senior US official familiar with the history involved. It’s Jack Matlock. He was a Russian expert at the National Security Council, Director of Soviet Affairs at the State Department, and eventually served as US Ambassador to Moscow as the Soviet Union was on the verge of collapse. When the Soviet Union collapsed in 1991, many observers mistakenly believed they were witnessing the end of the Cold War, when in fact it had ended at least two years earlier with negotiation and was in the interest of all parties.

President George HW Bush hoped that Gorbachev would succeed in keeping most of the 12 non-Baltic republics in a voluntary federation.
Since Putin’s main demand is an assurance that NATO will admit no more members, especially Ukraine or Georgia, the current crisis would obviously have had no basis if there had not been enlargement of the Alliance after the end of the Cold War, or whether the enlargement had taken place in parallel with the building of a security structure in Europe that included Russia.

Was this crisis foreseeable?

Absolutely. NATO enlargement was the biggest strategic mistake made since the end of the Cold War.

I think the administration’s recommendation to admit new members to NATO at this time is wrong. If passed by the US Senate, it could go down in history as the biggest strategic mistake made since the end of the Cold War. Indeed, nuclear arsenals are capable of ending civilization on Earth as we know it.

If NATO is to be the main instrument for unifying the continent, it can logically only do so by expanding to all European countries. But that doesn’t seem to be the goal of the US government, and even if it was, it can’t be achieved by accepting new members on a piecemeal basis.

The decision to expand NATO piecemeal was a reversal of US policy that brought about the end of the Cold War. President George HW Bush proclaimed the goal of a “Europe complete and free”. Gorbachev had spoken of “our common European home”, had welcomed the representatives of the governments of Eastern Europe which had separated from their communist leaders and had ordered a radical reduction of the Soviet forces, declaring that a country could not to be safe only if there was safety for all.

President Bush also assured Gorbachev at their meeting in Malta in December 1989 that the United States would not “exploit” this process if the countries of Eastern Europe could choose their future direction through a democratic process. (The admission to NATO of countries that were then members of the Warsaw Pact would, of course, be “beneficial”). Gorbachev was assured, though not in a formal treaty, that if a united Germany was allowed to remain in NATO, there would be no shifting of NATO jurisdiction eastward, “not one inch”. In a spirit of friendship, Gorbachev took them at their word.

Was this crisis deliberate?

Unfortunately, the policies of Presidents George W. Bush, Barack Obama, Donald Trump and Joe Biden have helped bring us to this point.
The admission of Eastern European countries to NATO began with the administration of Bill Clinton and, through the activities of Secretary of State Madeleine Albright, continued under the administration of George W. Bush, but that’s not the only thing that has raised Russian objection. At the same time, the United States began to withdraw from arms control treaties that had once curbed an irrational and dangerous arms race and laid the groundwork for the end of the Cold War. Most important was the decision to withdraw from the Ballistic Missile Elimination Treaty, which had laid the foundation for a series of agreements that ended the nuclear arms race for a time.

After 9/11, Putin was the first foreign leader to call President Bush and offer his support. He kept his word and facilitated the attack on the Taliban regime in Afghanistan. By then, it was clear that Putin was looking for a security partnership with the United States, because the jihadist terrorists who were targeting the United States were also targeting Russia. Nevertheless, Washington continued to ignore Russian (and also allied) interests by invading Iraq, an act of aggression that not only Russia but also France and Germany opposed.

Although President Obama initially promised to improve relations through his ‘reset’ policy, reality has shown that his administration continues to ignore the most serious Russian concerns and replicates earlier US efforts to disengage former republics. of Russian influence and even to promote “regime change”. in Russia itself. US actions in Syria and Ukraine were seen by the Russian president and most Russians as indirect attacks on them.

And as for Ukraine, the United States deeply interfered in the country’s internal politics and actively supported the revolution and overthrew the elected Ukrainian government in February 2014, the Maidan rebellion was born.
Relations continued to deteriorate during President Obama’s first term, particularly due to the activities of Secretary of State Hillary Clinton. Things got even worse during Donald Trump’s four years in power. Trump, accused of being a Russian fool, embraced every anti-Russian measure that came his way, while flattering Putin as a great leader.

Can the crisis be solved by using common sense?

Have we so quickly forgotten the lesson of the Cuban Missile Crisis?? It was resolved through effective negotiation. At this point, it won’t be an easy task because things have deteriorated so much. So far, there has never been an attempt by a neutral party to bring the belligerents to negotiate. Whenever it has been attempted, it has been by supporters who have their own interests in things. Switzerland, with its rich history of neutrality, is in a much better position than any of the others. I personally cooperate with the Neutrality Initiative to help achieve this noble goal.

*Pascal Najadi is an international investment banker and as Director of Dresdner Bank Group, London was responsible for Central Asia, Russia, Africa, Central Europe and the Middle East . He is interested in international affairs and civic debate in Switzerland. He also produced the film “Grounding” about the bankruptcy of Swissair. He currently lives in Switzerland in retirement.