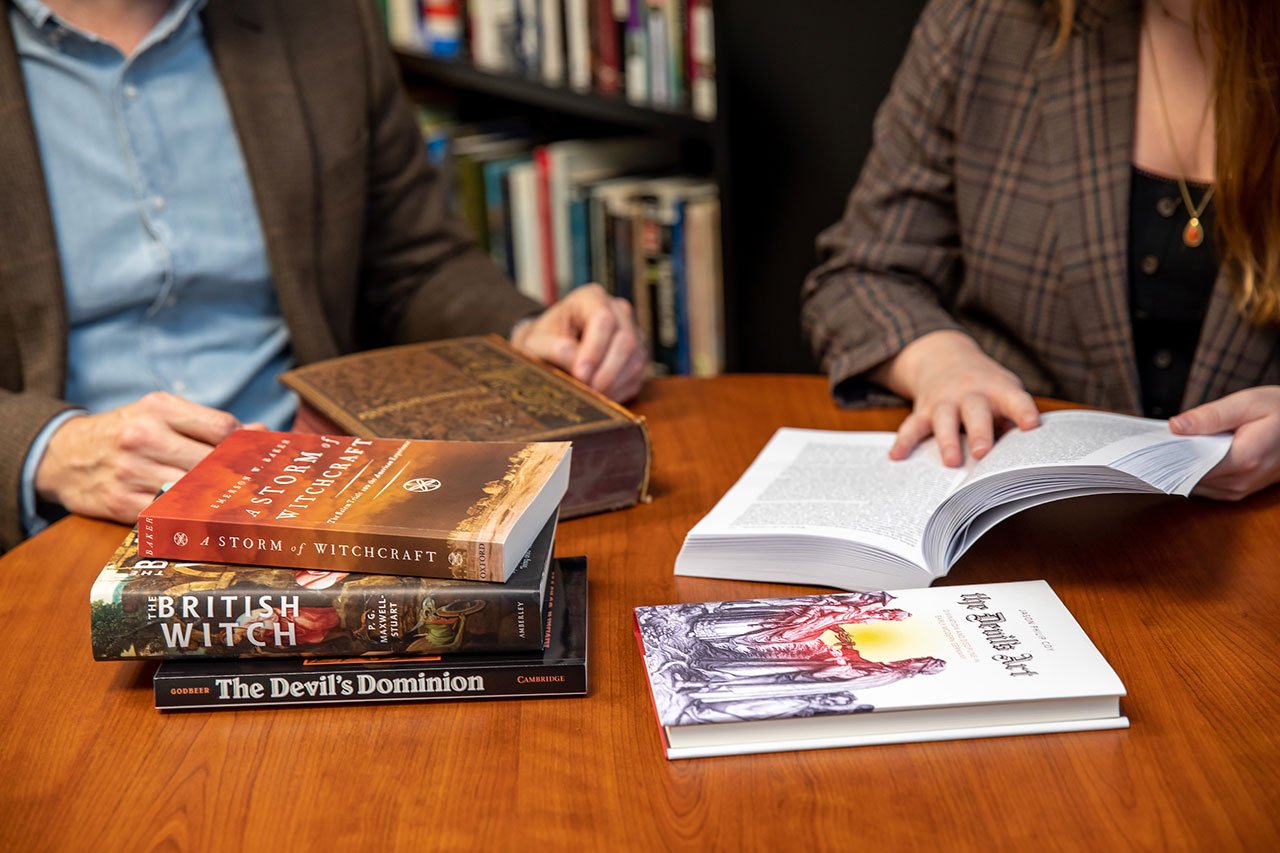 The chilling history of witchcraft and sleep disorders

The unknown often provokes a sense of fear: And 500 years ago, people awakened by night terrors and intense physical pain sometimes led to accusations of witchcraft as family and community members struggled to explain the symptoms of the afflicted.

In this episode of Sheyday of… College of Charlestonofficial podcast of CofC, junior Francesca Gibsona double major in history and psychologyand Jason Coypresident of the Department of History whose expertise includes the history of witch hunts, talking about documented experiences of bewitchment in the 16th and 17th centuries. With funding through a Summer Faculty Undergraduate Research Fellowship (SURF), Gibson and Coy explored a time in history when people believed in and feared witchcraft. Their research closely examines this fascinating period through the lens of history and psychology. It was a time when someone – usually a woman – could be accused of witchcraft and then sentenced to death based on the testimony of a member of the community. By digging deep into a myriad of archival sources, like court testimony, their research uncovers the power of the mind to cause sleep disturbances, night terrors, and physical pain.

Featured in this episode:

Jason Coy received his Ph.D. from the University of California, Los Angeles in 2001. His research interests include modern European history, Reformation Germany, and European witch hunts. He is the author of Strangers and misfits: banishment, social control and authority in early modern Germany (Brill, 2008) and The Devil’s Art: Divination and Discipline in Modern Germany (University of Virginia, 2020). Coy has begun preliminary research on a project that will focus on the legacy of early modern witch hunts in the modern world. Focusing on the period after 1950, her research examines the public memorialization and legal rehabilitation of victims of the witch hunt, the emergence of Wicca and neopaganism, and the representation of the witch hunt in contemporary popular culture, mass media and social media.

Francesca Gibson is a junior in the Specialized college specialty psychology and history. A native of Charlottesville, Virginia, Gibson is involved with CofC organizations such as the Charleston Fellows, Humanities and Social Sciences (HSS) Ambassadors, History Club, and Honorary Ambassadors. In addition, she is a research assistant in the Department of Psychology for Associate Professor Stephane Court and associate professor chelsea reid. Gibson plans to apply to doctoral programs in history with a particular interest in medical history. Outside of her academic interests, she enjoys reading, writing, and spending time with her amazing friends and her cat, Athena.

Listen to other episodes of Speaking of… College of Charleston and subscribe via Buzzsprout or platforms such as Apple Podcasts, Spotify and Stitcher.

Resources for this episode:

The Devil’s Art: Divination and Discipline in Modern Germany