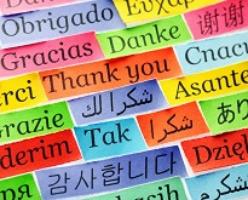 What are the most studied languages ​​in the EU? – Products News from Eurostat

In Luxembourg and France, all pupils in general upper secondary education have studied at least two foreign languages. Romania, Finland and Czechia also recorded a high share of students studying two or more languages ​​(all 99%). These Member States were closely followed by Slovakia and Estonia (98% each), Slovenia (96%) and Croatia (94%).

Regarding upper secondary vocational education, Romania was the only Member State where almost all pupils (97%) studied two or more foreign languages ​​in 2020. Finland (89%) followed, followed by Luxembourg and Poland (77% each). Next.

In 2020, English was the most studied foreign language at general and vocational upper secondary education level in the EU, with 96% and 79% of pupils respectively learning it.