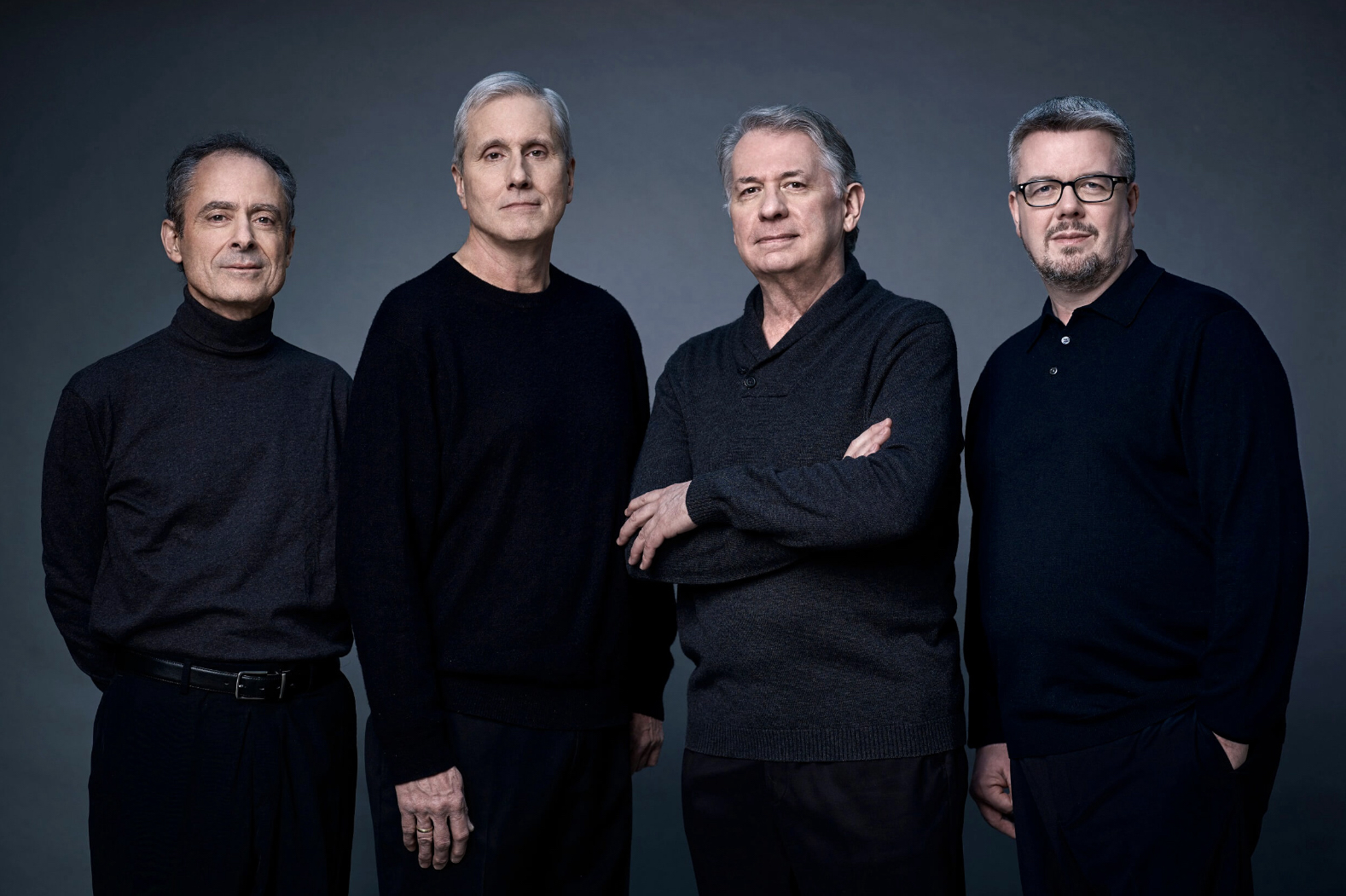 CONCERT PREVIEW: The Emerson String Quartet will perform at South Mountain on September 18

The Emerson String Quartet. Image reproduced with the kind permission of the artists.

Pittfield— The Emerson String Quartet will present a program by Haydn, Ravel and Beethoven at South Mountain Concert Hall Sunday, September 18 at 3 p.m.

Formed at the Juilliard School in New York in 1976, the Emerson String Quartet has released over 30 recordings and won the Avery Fisher Award, three Gramophone Awards, Musical America’s Ensemble of the Year and nine GRAMMYs. The group has made concert appearances on most continents of the world (but not in Antarctica, which lacks suitable concert halls).

This fact is of particular interest to South Mountain patrons, as the Calidore Quartet, which performed at South Mountain on 9/11, did a three-year residency at Stony Brook, and one of their violinists, Ryan Meehan , had something to say about it in a Strings Magazine interview:

“We’ve all grown up listening to Emerson’s recordings all our lives. As teachers, they know how to allow you to maintain your own voice and your own style while guiding you in learning the rep. And because they’re still performing, they have a perspective that other mentors who aren’t performing today lack.

I asked Emerson violinist Eugene Drucker to say something about the quartet’s program for Sunday, and he responded generously. The three plays to which he refers are those of Haydn String Quartet in G major, Op. 33, No. 5by Ravel String Quartet in F majorand Beethoven String Quartet No. 8 in E minor, Op. 59, No. 2.

“The three pieces represent three distinct styles and agendas, so to speak, in the goals the composers set themselves. Haydn opens the quartet by playing with our expectations of how phrases and whole movements should begin and end, with a quiet cadential figure that leads into the tonic of G.

“The Largo, in the parallel key of G minor, is primarily a dramatic, declamatory solo for the first violin with tightly interwoven responses from the other three instruments.

“The Scherzo is a demonstration of Haydn’s characteristic spirit, with unexpected shifts in metrical emphasis and sudden silences. And the finale gives the composer the opportunity to demonstrate his mastery of the variation technique.

“The Ravel Quartet is a nuanced exploration of color, mood and texture, worlds far removed from Haydn and Beethoven but still governed by a classical sense of structure in every movement.

“The overture to Beethoven’s Op. 59 Number 2 is confrontational, focusing on motivic development and frequently using rests for dramatic (rather than humorous) effect.

“The slow movement is a starry evocation of the medieval concept of the music of the spheres. The melancholic third movement, not quite a scherzo, has a contrasting middle section in the parallel major key, in which Beethoven makes brilliant use of a Russian folk song at the request of the man who commissioned Beethoven’s three works. this opus, Count Rasumovsky, the Russian ambassador in Vienna.

“The rhythmically propelling finale begins in what appears to be a C major, but is continually drawn back into this work’s darker home key, E minor.

“An emphatic restatement of the main theme near the end is followed by a rushing coda that brings the whole work to a thrilling conclusion.

“We will be returning to South Mountain in September 2023. Lou Steigler has been very loyal to us over the years, and we appreciate him!