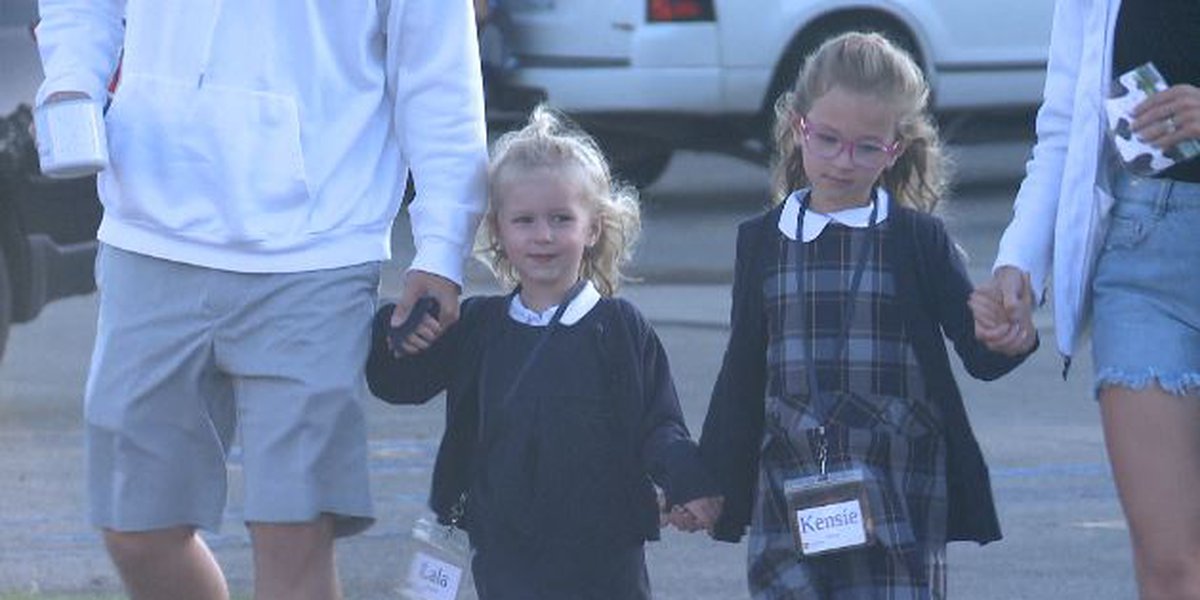 First day of school for the new Capstone Academy in Fargo

FARGO, ND (Valley News Live) – The doors opened for the first time this morning for a new school in South Fargo that aims to teach students the “classic” route.

“Well, hello! Glad you’re here!” Capstone Academy Principal Paul Fisher said as he greeted a student walking down the sidewalk of the school.

A warm and personal welcome awaited each family and student Monday morning as they walked through the doors of the main campus for K-3 students located at 3910 25th St. S. An alternate campus at 2506 35th Ave. S. holds fourth through sixth grades.

“It’s the first time you get a fresh start like this. No school can do it twice,” Fisher said.

Fisher says enrollment has far exceeded the original goal of 60 students. As of Monday morning, 116 are currently enrolled between the two campuses. Fisher says that despite the nationwide teacher shortage, Capstone had the opposite problem. He says more people applied than they could hire, and most are seasoned teachers from across the valley.

“I think when you explain the classic way and the school’s vision, teachers get inspired and then they talk to each other,” Fisher said.

“It’s where we’re meant to be and it’s a perfect fit for our family,” Melissa Bishoff said.

Bishoff’s son is a sophomore at Capstone and has left another local private school. Bishoff says her family has been waiting for this day ever since they discovered the Capstone concept a few years ago.

“Our faith is important to us, but also the classic model of education,” Bishoff said.

Capstone is the first school of its kind in North Dakota and is affiliated with Hillsdale College which provides faculty, staff, and board members with annual training in classical education as well as curriculum and assessments , according to officials. Hillsdale College is a 1,400-student private college in Michigan that describes itself as a nonsectarian Christian liberal arts conservative school.

Fisher points out that compared to the traditional teaching model, Capstone focuses on much more than giving students skills for jobs.

“We don’t necessarily teach according to the standards; these are values ​​that have proven themselves throughout life. We read the classics, we teach logic, we teach Latin and we are a Christian school,” he said.

Officials say families can still register, but say places are limited based on grade level. Officials say class sizes will remain small until its new campus is built in the 6400 block of S. 43rd Street, which is expected to open in August 2024.

Several families say Valley News Live Capstone already feels like home with its own tight-knit community for their child, and are excited to see the school grow and progress in the years to come.