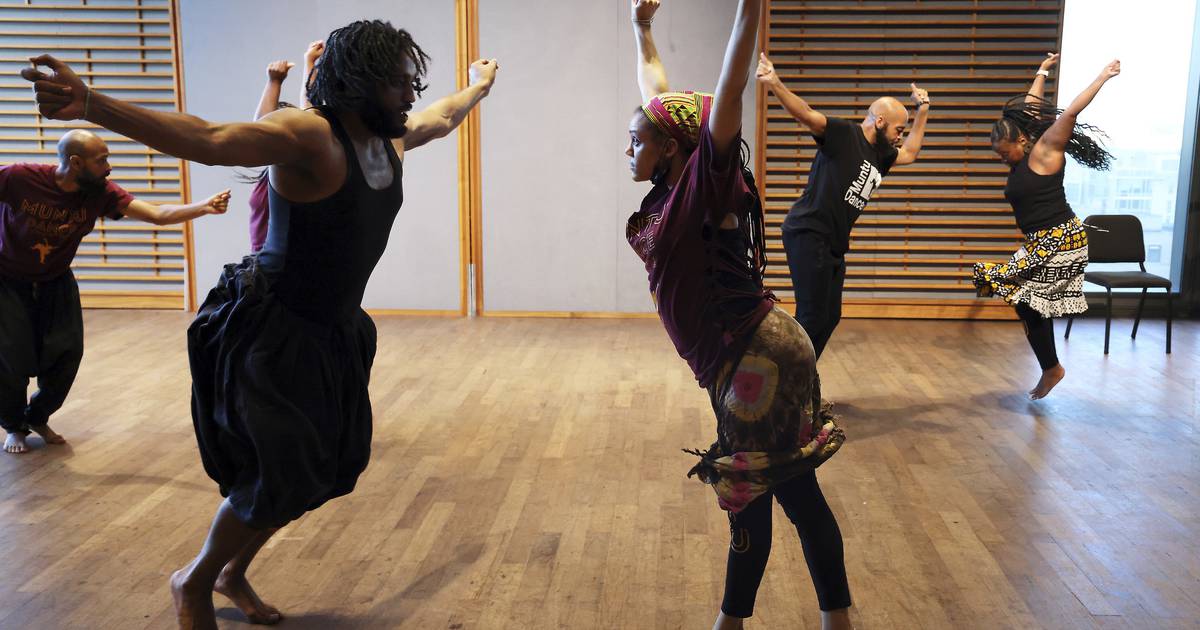 It’s the Year of the Chicago Dance – a year-long initiative spearheaded by the Department of Cultural Affairs and Special Events – and these days you can find dance in every nook and cranny of our big city. This summer alone, you might have seen pop-up performances at Navy Pier and Taste of Chicago, dance tutorials on the Riverwalk and Grant Park, or dance-focused art installations on theMART stuck all in the evenings in the Merchandise Mart.

And it’s right downtown. Dance in the Parks, Synapse Arts and See Chicago Dance have taken their performances to Chicago parks all over the place. The Chicago Human Rhythm Project and MADD Rhythms hosted dance versions of collegiate Crosstown Classics, bringing together companies from the North and South Sides at the Harold Washington Cultural Center and the Mayfair Arts Center. As the weather turns colder, the Chicago DanceMakers Forum will relaunch its Elevate Chicago Dance festival in October.

But Chicago dance has another big, happy card to play this summer — and you won’t want to miss it.

On August 27, the Chicago Black Dance Legacy Project will present “Reclamation: The Spirit of Black Dance in Chicago,” a free dance party at the Jay Pritzker Pavilion in Millennium Park. The troupes scheduled to perform represent a range of genres and styles, including traditional African dance by Ayodele Drum and Dance, Najwa Dance Corps and Muntu Dance Theater of Chicago; contemporary with Red Clay Dance Company and Deeply Rooted Dance Theatre; the jazz of the Joel Hall Dancers; and two studios pushing the boundaries of ballet: Forward Momentum Chicago and Chicago Multicultural Dance Center.

If there was one night where Chicago’s dance history was in the spotlight, it would be this one. Veteran companies Muntu, Joel Hall and Deeply Rooted have been dancing collectively for over 100 years. Homer Bryant, director of the Chicago Multi-Cultural Dance Center, who has performed with the Dance Theater of Harlem, has been a cornerstone of ballet training in Chicago since the 90s. Pierre Lockett of Forward Momentum Chicago has arrived in Chicago in 1995 with the Joffrey Ballet and, in his retirement, played a central role in the early stages of that company’s community engagement programs. For at least a decade, the Red Clay Dance Company has played a key role in revitalizing the South Side dance scene, most recently opening an impressive new dance center in Woodlawn. And so on.

The Chicago Black Dance Legacy Project is an initiative aimed at building the capacity and sustainability of Black-led dance institutions like these. The project grew out of a 2019 report by Candid, Sustain Arts, and See Chicago Dance titled “Mapping the Dance Landscape in Chicagoland,” which revealed that dance is woefully underfunded and Black-led businesses are being impacted. disproportionately.

As senior director of community arts engagement at the Reva and David Logan Center for the Arts, Emily Hooper Lansana said the performing arts venue and arts center on the University of Chicago campus is dedicated to partnerships communities since it opened ten years ago.

“Right away, Deeply Rooted and Muntu were some of our very first partners,” Lansana said. “We realized there was a need for dance space on the South Side, and we were grateful and really excited to nurture those partnerships.”

Tracie Hall, then director of the Culture Program of the Joyce Foundation, wanted to act on the lack of resources of black dance companies and imagined the Chicago Black Dance Legacy Project in partnership with the Logan Center. With nearly $400,000 in seed funding from the Joyce Foundation — the largest cultural grant the foundation has given to a single initiative — CBDLP kicked off in 2019 with “Legacy,” a concert at the Logan Center featuring the eight member companies.

“Recovery” signals the end of the beginning of the project. The three-year term of the current cohort ends with these two festive evenings, with a period of remarkable precariousness in the middle.

Muntu artistic director Regina Perry-Carr said being part of CBDLP during the pandemic was financially invaluable to the company. The project released grants early that helped several members stay afloat during the pandemic. But perhaps most vital for Perry-Carr were the membership meetings, which acted as a support system in an unprecedented time.

“You knew you weren’t alone. It was a think tank. It served as a serious connector,” Perry-Carr said. “To be able to talk about it and exchange ideas, we were able to connect with other companies that we might not have crossed paths with without the project.”

As the strategic program manager of the Chicago Black Dance Legacy Project, Princess Mhoon’s primary role is to lead the project and prepare it for long-term viability, but for her, it’s also personal. Growing up in Chicago, Mhoon’s parents danced with Muntu and Najwa. She also trained with these companies, as well as with Joel Hall, Bryant and Kevin Iega Jeff (co-founder of Deeply Rooted).

“I view the work we do as a contribution to American history,” said Mhoon, who joined the project in 2021. “Museums have art from around the world. Books are written and they are sitting on shelves for people to read. Dance isn’t preserved that way for black people and black culture. This is our chance to do that.”

Mhoon created a strategic plan for the project and helped identify four goals: capacity building, advocacy, archiving and presentation. These encompass the broad support that each member company receives, including micro-grants, succession planning, peer mentoring and leadership training, partnerships with organizations like DCASE and the Newberry Library, as well that shared marketing and advertising.

In the long term, artists for future cohorts will be selected through a more diplomatic process (the Joyce Foundation selected all eight companies for this three-year cycle), aiming at a broader definition of black dance. Tap dancing and footwork are notably absent from the group, as are Diaspora African dances from the Caribbean, Central and South America. Mhoon says the next group, announced this fall, is expected to grow to 11 members. A mix of returning members and new members could include dance companies or established independent artists.

“We realize that dance has such a reach in Chicago, even at the community level,” Mhoon said. “Like showcase dance schools that might have hundreds of kids performing at the Bud Billiken Parade – we realize the incredible work they do and that they might need support to really turn their vision into a business model and expand their footprint.”

But for now, audiences can just revel in some of this city’s best dancers coming together to make some joyful noise. For the current band, the concert at the Pritzker Pavilion is the icing on the cake – an aspiration they all asked for at the start of the project.

“Reclamation: The Spirit of Black Dance in Chicago” takes place Saturday at 6:30 p.m. at the Jay Pritzker Pavilion in Millennium Park, 201 E. Randolph St.; tickets are free upon registration at chicagoblackdancelegacy.org

Lauren Warnecke is a freelance critic.