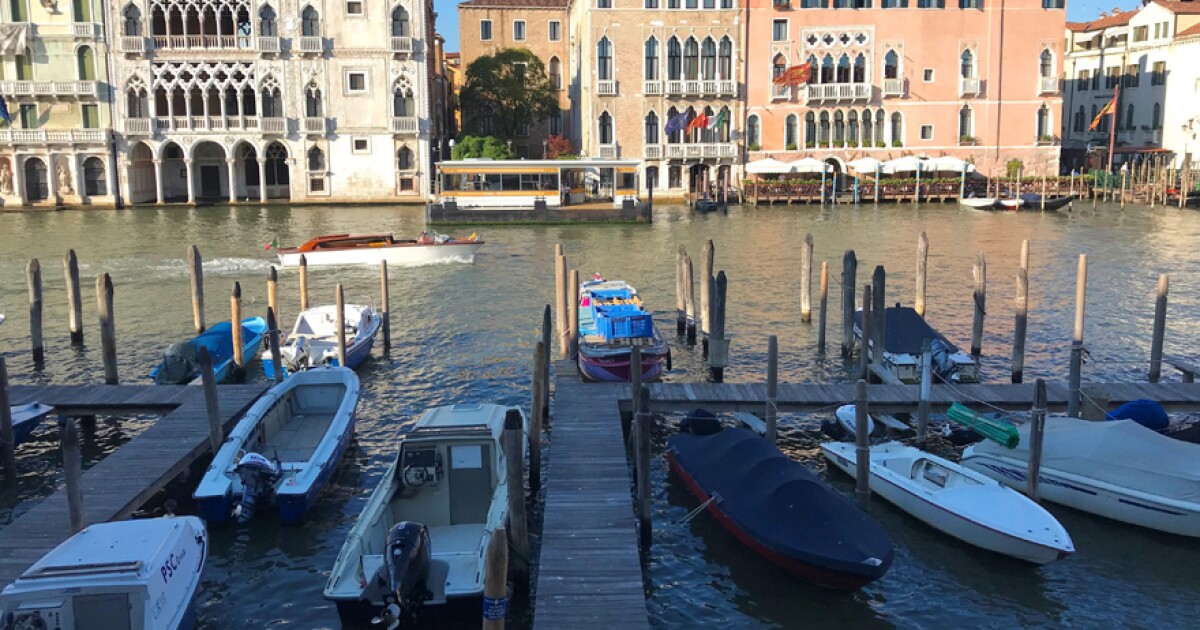 Venice is for roommates | WAMC

When Italian friends invited us to spend a week in their apartment overlooking the Grand Canal in Venice, we didn’t have to talk very long before accepting their offer. The only question, and it was reasonably deep, was whether they were okay with the deal?

Were they giving us the apartment to have and hold for seven luxurious days? Or would they join us? This could affect our calculations. As much as we enjoy their company, there comes a time in life when you’d rather not meet anyone during a 3 a.m. bathroom run. Also, if we shared the space, would we have to share meals with them? And what about the beach hut we intended to rent at the Lido?

My wife, an optimist, was convinced that we were left with an empty apartment. She could already imagine the smell of cappuccino in the fully equipped kitchen as she opened the windows on a sparkling Venetian morning to watch the vaporettos and gondolas pass by.

I, on the other hand, was convinced that Cristina, our host, planned to spend a lot of time with us. Maybe every seven days. Debbie interpreted an email from Cristina’s daughter to mean that her mother was coming from Bergamo, their hometown, to unlock the apartment and hand over the keys. Maybe she would spend the night. Two max. I read the email as suggesting that Cristina intended to take full advantage of all that “La Serenissima”, as Venice is known, had to offer.

My wife humbly admitted on the third or fourth day of our roommate with Cristina and her girlfriend Maria Theresa, both recently widowed, that I was right and she was wrong. But you know what? It was good. Conversation was a bit of a challenge for Debbie as she doesn’t speak Italian and the ladies’ English was as poor as my command of their native language. But what they lacked in syntax, they more than made up for in hospitality.

I think I realized everything was going to be fine when, for dinner on the first evening, Cristina expertly prepared a delicious light and flaky orata in olive oil with breaded peppers and aubergines . She had bought the fish that morning at the famous fish market in Venice, a few minutes walk away.

It is risky to stereotype members of any nationality. But the warmth, acceptance and respect for food and wine – “La Dolce Vita” which I observed to general cheers as we clinked our glasses – seems to be part of the genetic heritage of the Average Italian.

By the way, the apartment was as lovely as we expected. Large double windows with banquettes open to the Grand Canal. They came with long velvet seat cushions that Marie-Thérèse, Cristina’s friend, advised me, even have a name. They are called “strapuntino”. This roughly translates to a jump seat.

We were leaving for the beach early – jet lag worked in our favor and we were out of the house almost before the ladies got up – and invited them to join us in our cabana in the afternoon. Luckily Cristina and Maria Theresa were as energetic as we were lethargic. The heat of more than ninety degrees did little to thwart their ambition to visit the museums and the Biennale, the city’s international exhibition of contemporary art, over several days.

In the end, we dined a lot together. One evening Cristina invited us to an excellent seafood restaurant on the Lido which is one of her favourites. The following night we returned the favor with another seafood restaurant on the island which is one of our favorites. In Venice, you can go days without eating meat. A third evening was Marie-Thérèse’s delight. Cristina told us that her friend’s husband had been mayor of Bergamo.

The same way families return to Cape Cod, Maine, or the Adirondacks summer after summer, ours have gone overseas. I couldn’t tell you why, except that my mother was European and spoke seven languages, so places like Venice felt like home.

But we had always stayed at the Lido, in the same hotel, now sadly closed, where Thomas Mann had put Death in Venice. This was our first time in Venice and traveling to the beach by vaporetto, the island city’s equivalent of the crosstown bus.

I liked to venture out in the morning to score croissants filled with jam or nutella in front of the streets of Venice filled with tourists; and we discovered a cafe in a gracious nearby campo where you could sip an excellent cappuccino and watch the world go by.

The cabana, with its shaded loungers and bed, not only provided respite from the over-tourism of Venice. It is perhaps one of the most graceful if anachronistic inventions that civilization has devised. Especially in the Mediterranean heat, you have the right to feel virtuous doing nothing at all.

Debbie and I dined alone our last night in Venice. Cristina and Marie-Thérèse have understood. But they had created a splendid farewell lunch the next day – a salad of smoked salmon, greens and mango; followed by prosciutto and melon, cheeses, fresh fruit and ice cream – before the water taxi arrived to take us to the airport.

They want to start again next year.

Ralph Gardner, Jr. is a journalist who divides his time between New York and Columbia County. More of his work can be found at ralphgardner.com

Opinions expressed by commentators are solely those of the authors. They do not necessarily reflect the views of that resort or its direction.