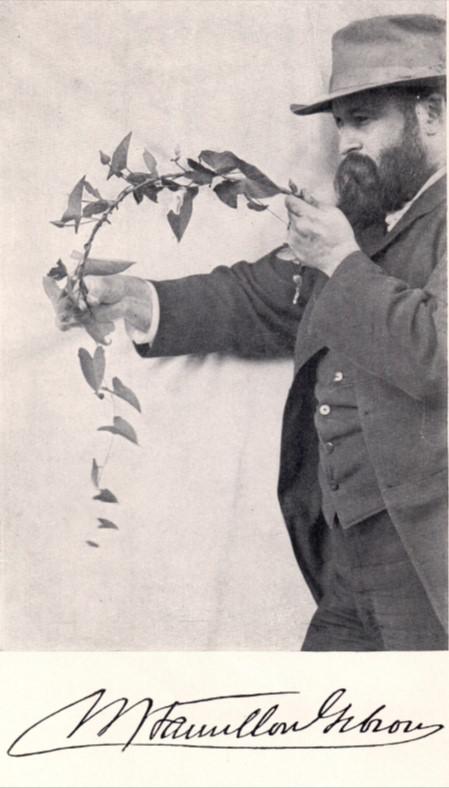 This is a carousel. Use the Next and Previous buttons to navigate

According to Gunn, William Hamilton Gibson is part of a unique American artistic tradition inspired by the natural world. Active during the second half of the 19th century in what has been called the “Golden Age of American Illustration”, Gibson’s artwork and books extended far beyond the creating a visual narrative of the natural world for the growing popular new press audience.

Originally from Sandy Hook, Gibson first discovered his passion for nature in botany classes at the Gunnery School and then in the hills of Washington. Through his illustrations, he sought to inspire others with his love of nature. He was brilliant, versatile, prolific and very popular in his time. He published a series of ten illustrated books which earned him international success; exhibited ten watercolors at the 1893 World’s Columbian Exposition; and gave numerous lectures throughout the country. A contemporary credited Gibson, along with Henry D. Thoreau and John Burroughs as “having done more to inspire our generation with a love of nature than any others”. In 1895 Gibson built a house, “The Sumacs”, in Washington which was designed by Ehrick Rossiter, a former classmate at the Gunnery. A year later, Gibson was unexpectedly struck down and tragically died at the age of 46.

Carsley is a scientific and botanical illustrator, as well as an art educator. A former practicing architect, she has illustrated eight books and numerous articles for national and international journals. His works have been included in the collections of the National Building Museum and the Library of Congress. She is a member of the Guild of Natural Science Illustrators, Maryland Federation of Art, Art League at The Torpedo Factory, Washington Calligrapher’s Guild, and Guild of Book Workers.

The program is co-sponsored by the Gunn Historical Museum, the Frederick Gunn School, and the Washington Art Association. Registration is required to participate in this free virtual program; go to https://www.gunnlibrary.org/gunn-museum/upcoming-programs/