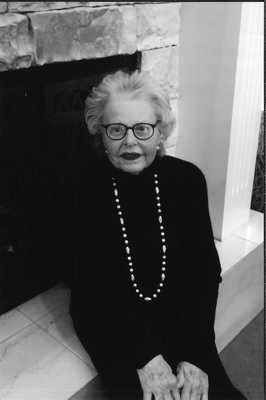 Betty Lou Johnson Hansen Stephens was born on June 3, 1931 in Sioux City, Iowa. She died peacefully surrounded by her children on August 15, 2022 at Presbyterian Village North in Dallas, Texas. She was the daughter of Ingward Carl Johnson and Martha Hansen Johnson, who died in childbirth. “Betty Lou,” as her family and friends in Iowa knew her, was adopted by her maternal grandparents, Bergetta Petersen Hansen and Marten Hansen, who raised her on their farm in Bronson, Iowa. , with Martha’s sisters, Ellen, Julia, Edith, Mable. , and Florence. Betty Lou was the center of attention of the family, who instilled in her a great pride in her Danish heritage since Betty’s maternal and paternal grandparents immigrated from Denmark.

A graduate of Bronson High School, Betty played basketball, was a member of the school band, was the editor of the school newspaper, and served as a class officer. She received her associate degree from Morningside College and graduated from Methodist Hospital School of Nursing, both in Sioux City, Iowa. She met her husband, George Raymond Stephens, Jr. while working at the University of Iowa Medical Center in Iowa City, Iowa, where he was an OB/GYN resident. Ray always ate ice cream at the end of each day, and he knew he had found his mate when a pretty nurse with big brown eyes offered him an ice cream to enjoy after his evening rounds. Betty closed the deal when she asked Ray to teach her how to golf. On July 29, 1956, they were married in Sioux City, Iowa, at the Methodist Hospital Chapel. While Ray had been called up for active duty in the United States Air Force, they honeymooned at Lake of the Ozarks, Missouri, en route to Montgomery, Alabama, where Ray followed basic training. He was then assigned as a medical officer at Pepperrell Air Force Base in St. John’s, Newfoundland, where their first child, Susan, was born. After completing their military service, Betty and Ray returned to Iowa City where their second child, Martha, was born. After graduating from residency in 1960, Betty and Ray decided to move to Sherman, Texas to raise their growing family, where John and David were soon born. Betty was graciously welcomed into Ray’s hometown and soon became involved with many groups and organizations that embraced her life’s two passions: church and children. As a young mother, Betty helped establish a student nurse organization at Sherman High School and served as Head Start, Camp Fire and Cub Scout program leader. While her sons were students at Dillingham Middle School, Betty served as the school’s volunteer nurse. Once her children were older, she and two dear friends organized and founded Grayson County Juvenile Alternatives, now North Texas Youth Connection. Betty remained actively involved as a leader in the organization for nearly 30 years. She has also served on numerous boards, including Child Protective Services, United Way, Home Hospice of Grayson County, Needlework Guild, Tuesday Study Club, and the League of Women Voters. Betty has been recognized for her service to numerous organizations in her adopted hometown and was named Woman of the Year by the American Association of University Women. In 2012, Betty and Ray were one of the recipients of the Each Moment Matters award given by the Presbyterian Communities and Services Foundation of Dallas. Betty and Ray were involved in all aspects of Austin College life, especially interactions with students, faculty, and administrators. Their strong belief in the value of a liberal arts education resulted in the creation of scholarships supporting international studies at Austin College. Betty’s Christian faith began at a very young age when a neighbor offered to take her to Sunday school at Elliot Creek Presbyterian Church in Bronson. She was a longtime faithful member of the Covenant Presbyterian Church, formerly First Presbyterian Church, where she served as its elder leader. For more than 60 years, Betty has served in many roles in her beloved church, from Sunday School teacher to Church Women’s President, and has hosted many youth suppers and events, as well as as after-church lunches for Austin College students. She and Ray also hosted international students from Austin College in their home over the Christmas break when the students were unable to travel to their home countries. More recently, Betty has spent time calling and visiting homebound church members and coordinating monthly luncheons for those living at the Renaissance in Sherman. Betty had many interests, including art, listening to music, travelling, needlework and cookbooks, but she especially enjoyed reading, usually with the comfort of a cat in her lap. . In her later years, she became the unofficial Western Hills Cat Sanctuary where neighborhood kids would bring her stray kittens they found, but their parents wouldn’t let them keep them! Betty was predeceased by her parents and grandparents, her “sister-aunts” and her husband, Ray. Survivors include: daughters, Susan Stephens of Dallas, Texas and Martha Stephens of Chatham, Massachusetts; sons, John Stephens of Grafton, Massachusetts and David Stephens and his wife Sharon, of Pilot Point, Texas; grandson Nicholas, his wife Brynn and their son and Betty’s great-grandson, Wyatt, of Frisco, Texas; and her granddaughter Jordan Dreasher and her husband Eric, of Farmer’s Branch, Texas; and their mother, Stephanie Stephens of McKinney, Texas. She is also survived by her cousin Adeline Robinson of Lawton, Iowa, her nephew Stephen Cherry of Denison, Texas, and her nieces Elisabeth Wright of Centerville, Utah and Catherine Wenger of Buda, Texas. A visitation will be held from 5:30 to 7:30 p.m. on Friday, August 19 at Dannel’s Funeral Home, 302 South Walnut Street in Sherman. Betty’s memorial service will be held at 11:00 a.m. on Saturday, August 20 at the Covenant Presbyterian Church, 322 West Pecan Street in Sherman, and will be presided over by the Reverend Dr. John Williams, chaplain of Austin College and director of community relations. ‘Church. After the service, a reception will be held at Wharton Fellowship Hall. A private family funeral service was previously held at West Hill Cemetery in Sherman. The pallbearers were John Stephens, David Stephens, Nicholas Stephens and Stephen Cherry. The family would like to thank Home Place caregivers Rebecca Bezner, Fatou Coker-Singhateh, Theresa Graham, Laura Omilade, Lisa Prince and Charlotte White for providing Betty with loving friendship and compassionate care. Betty’s family would also like to express their gratitude to Ben Migrino and Jennifer Dixon of Faith Presbyterian Hospice for providing Betty with comfort, kindness and beautiful music during her finale.