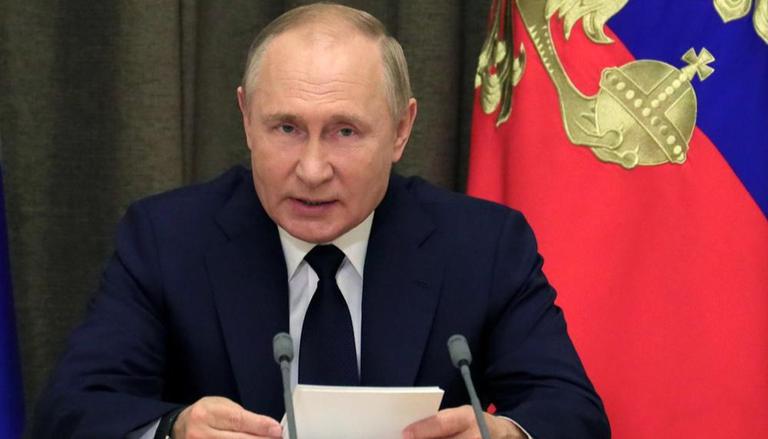 Addressing the “X Moscow Conference” on international security, Russian President Vladimir Putin said the expansion of the North Atlantic Treaty Organization (NATO) into Eastern Europe is a ” deliberate act” by the West aimed at undermining the security system on the continent. He further stated that Western globalist elites stir up unrest by reigniting old and stoking new conflicts, and also pursuing a so-called strategy of containment while in fact preventing any alternative and sovereign path to development. “Thus, they are desperately trying to preserve hegemony and power that is slipping away from them, trying to keep countries and peoples in the grip of a neo-colonial order,” Putin added, according to a Sputnik report.

The Russian President further pointed out that this “hegemony” is dangerous for the whole planet and for the whole civilization because it is in the grip of stagnation. He claimed that by orchestrating provocations, coups and civil strife, the United States and its allies are recklessly meddling in the internal affairs of sovereign nations. “All means are used. Threats, blackmail and pressure are used to force independent states to submit to their will,” Putin said.

The Russian president further claimed that the sole purpose of all this was to maintain world dominance. President Putin has argued that the Western collective is actively dismantling the European security structure by forming new military alliances.

“The NATO alliance is expanding eastward, strengthening its military base, installing missile defense systems and improving the ability of offensive forces to launch strikes,” he noted, according to Sputnik. He pointed out that although these efforts are hypocritically justified by the need to increase security in Europe, in reality the opposite is happening.

The Russian president also criticized the United States over House Speaker Nancy Pelosi’s recent visit to Taiwan, saying Moscow saw it as a “carefully planned provocation” in the region. The reckless US gamble on Taiwan is not just the visit of an irresponsible politician, but part of a deliberate and conscious US strategy to destabilize the situation in the region and the world. It was a shameless display of disrespect for the sovereignty of other countries and for its international obligations,” Putin noted. He also underlined that only a multipolar world based on international law creates new possibilities to face common challenges, ease tensions in the world, and ensure the sustainable growth of all nations.

Photography in Erzerum, Harput, Van and Beyond, just published