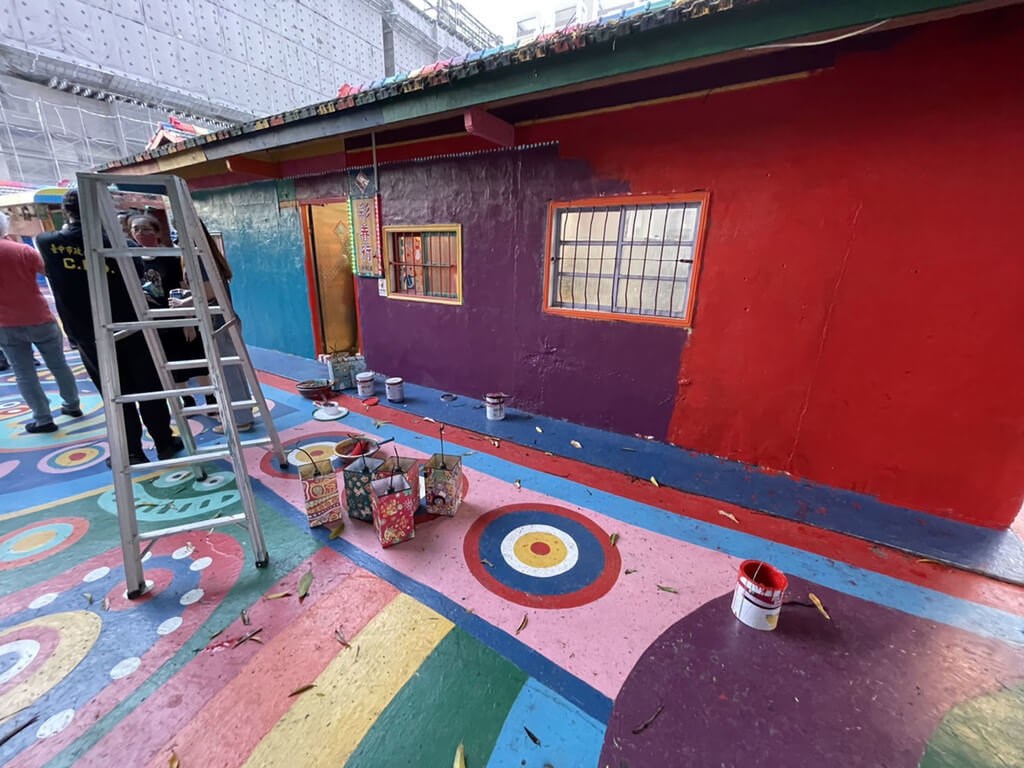 Taipei, July 31 (CNA) Fourteen people have been released after being questioned in Taichung on Saturday for allegedly vandalizing murals at the city’s Rainbow Village tourist site, according to local police.

The village contains murals and other street art painted by 98-year-old former soldier Huang Yung-Fu (黃永阜) in 2008 on buildings in a military village that were to be demolished.

Police said 13 workers from Rainbow Creative Co., which the Taichung city government hired in 2013 to maintain the designated cultural monument, and company chief Wei Pi-jen (魏丕仁), were surprised in the act of painting over Huang’s original work.

Wei told local media that the action was to protest the government’s unilateral decision to force them out of the village from August 1.

The vandalism case is being investigated by Taichung prosecutors.

However, a dispute over profit sharing also emerged as Wei argued that Huang’s paintings had been ‘passed’ to his company five years ago and that the village was now part of the company’s intellectual property. .

In response, the city of Taichung said its contract with the company to run the village and sell related goods would be terminated on Sunday before the six-month construction work begins.

The park will be closed while the buildings are reinforced before resuming operations around February next year, city officials said, adding that the intellectual property issue is currently being considered in court.

Regardless of the controversy, any damage to the village was intolerable, said the city’s Bureau of Cultural Affairs, which added that it would sue Rainbow Creative Co. for property damage.

Upon hearing the news, Huang described Wei as a “villain” and told reporters on Sunday that his life’s work was ruined.

CHRONICLE: Floods, humanity and the circle of life