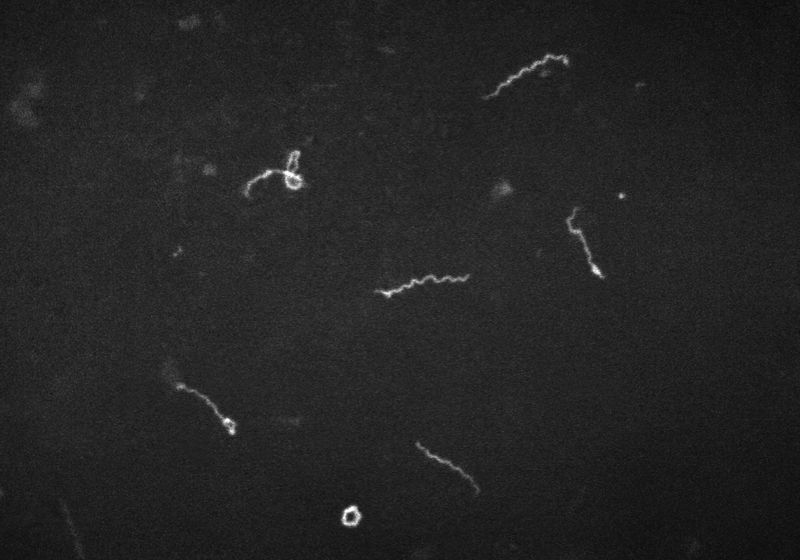 Opinion: Manuscripts and art support archaeological evidence that syphilis was in Europe long before explorers brought it from the Americas

JThat the arrival of Europeans in the New World in 1492 resulted in a massive change in the ecological landscape has been widely accepted for 50 years. Suddenly, a transatlantic exchange – corn for wheat, tomatoes for apples, tobacco for horses – meant that plants and animals moved from one continent to another for the first time.

The same was true for pathogens, according to historian Alfred W. Crosby and his influential book “The Colombian Exchange.” Diseases like smallpox and measles, brought to the Western Hemisphere by invaders, quickly killed almost the entire indigenous population. In return, the Europeans fell prey to syphilis, a venereal disease they picked up natives. Crosby’s idea of ​​disease swapping was interesting and a good story, suggesting that with the arrival of syphilis in Europe, some kind of justice had been served.

The only problem is that this syphilis scenario is false, according to ongoing research by paleopathologists, scientists who study skeletal remains for evidence of disease. After decades of painstaking work, they concluded that the spirochete bacteria responsible for syphilis Treponema pallidum existed in the Old World long before Christopher Columbus boarded his ship and sailed to Hispaniola.

Like a women’s historian who studied the documents and works of art during evidence of syphilis in medieval times, I think the paleopathologists are right. Like skeletal remains, the paintings show life as it was. Even manuscripts, while more open to interpretation, can reveal truth once readers open their minds to new possibilities. Here is a sampling of the evidence that Europeans suffered from syphilis long before they reached the Americas.

Evidence of bones and teeth in the Old World

In a cemetery in West Sussex, UK, archaeologists have discovered the skeleton of a young man with extensive damage to the skull, collarbones, arms and legs – a typical combination for syphilis. He died in the sixth century.

In St. Polten, Austria, a medieval cemetery houses the remains of a child 6 year old with deformed teeth consistent with a diagnosis of treponematosis, possibly a case of congenital syphiliswhen the Treponema pallidum bacteria are passed from mother to child during pregnancy or childbirth.

Does a painting from 1400 depict one of Jesus’ torturers as suffering from “saddle nose”, a common effect of syphilis? Detail from an Austrian painting c. 1400 of the Passion of Christ

In Anatolia, in western Turkey, the skeleton of a teenager revealed not only the same deformed incisors as at St. Polten, but also damage to the entire skeleton below the head. The involvement of teeth and bones in the same specimen, and especially the large number of bones affected in this case, indicates syphilis. The victim died in the 13th century, a few hundred years before the departure of Christopher Columbus.

And so on. Although the absolute number of cases is not high, they keep spinning. Some of the evidence appears in the remains of people who lived over 2,000 years ago.

However, there is one outstanding issue. Damaged bones and teeth seem to hold evidence of pre-Columbian syphilis, but it’s possible they point to another form of the disease instead. Treponema pallidum appears in several strains. The subspecies responsible for syphilis is the deadliest. But two other subspecies of the bacterium cause less severe, though still painful and unsightly, illnesses called bejel (also known as endemic syphilis) and yaws which are not usually sexually transmitted. Nowadays, all three can be treated with antibiotics.

How then to distinguish the three subspecies and prove that the venereal form has always existed in Europe?

Writers and artists have recorded other evidence

Documentary and artistic evidence can help sort out the problem. Of all the pathogens known to mankind, only treponemes produce such widely divergent results based on climate and culturean important clue to finding evidence in manuscripts.

This fact explains my theory that medieval elites suffered more severely from treponematosis than peasants. Their wealthy lifestyle would have protected them from childhood infections that their social inferiors contracted in their overcrowded and unsanitary homes. But these childhood diseases would have had the advantage of triggering future immunity in the peasantry.

If members of the elite reached sexual maturity without having had milder infections while growing up, they would be very likely to contract the disease for the first time during sexual intercourse. A wound on the genitals contains a massive dose of infectious bacteria compared to the small doses found on shared peasantry clothing or bedding. Peasants who suffered a recurrence of the disease as adults could probably fend it off successfully due to their previous immunity. I argue that this was not true for the elites who later suffered from more devastating illnesses.

In addition to dying young themselves, infected elites risked transmitting congenital syphilis to their children, which often proved fatal to the next generation. The elites and their children died in such numbers that some noble families struggled to maintain their bloodlinesa point noted long ago without making a potential link to syphilis.

A royal who I almost certainly believe died of syphilis was King Edward IV of England (1442-1483). One of his advisers wrote that he died of a disease difficult to cure even in a person of lesser status, a cryptic comment hitherto misunderstood by historians. But his statement squares perfectly with the difference between venereal and endemic syphilis, evidence that suggests both diseases existed in 15th-century England. The king symptoms and reputation for sexual promiscuity help confirm my diagnosis.

Evidence for the presence of syphilis in the Old World also comes from art.

Doctors know that syphilis can cause “saddle nosein which spirochetes invade a patient’s nose and cause it to collapse in a particular way. Medieval artists as early as the 12th century depicted this deformity in their work.

I believe they intended to show venereal and non-endemic disease because they use the saddle nose in depictions of sinful characters, including the men who tortured Christ or killed babies on the orders of the King Herod.

Even the stupid gryllus, a medieval monster with a face and legs but no body, was a symbol of human depravity.

Examples abound. Historians ignored good evidence – as clear as the nose on your face, so to speak – because they believed in the Colombian exchange. With regard to syphilis, however, this intellectual framework now appears outdated.

See “Syphilis: Then and Now”

Marylynn Salmon is a research associate in history at Smith College.

This article is republished from The conversation under Creative Commons license. Read it original article.