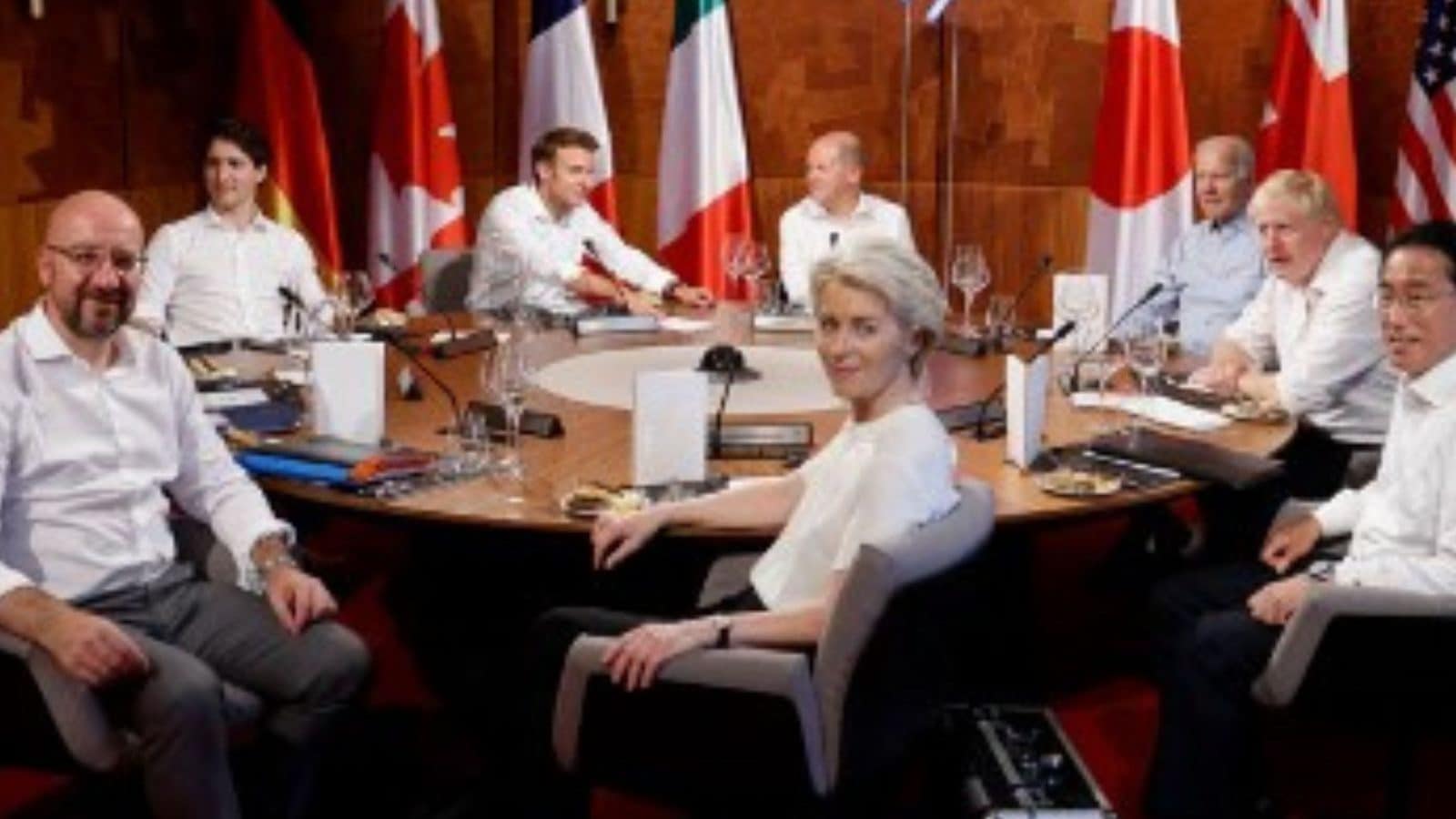 At first glance, Russia’s invasion of Ukraine was not a total shock due to its historical ties and common Soviet history. For Russia, Ukraine was a way to regain its lost glory at the height of Soviet expansion. However, a more strategic and immediate reason for Russia’s invasion lies in NATO’s eastward expansion and the pro-Western stance of the current Ukrainian government, which Russia sees as a threat lurking on its borders. .

On the other hand, a poll by the International Republican Institute found that Ukrainians perceive Russia as an imperial power seeking to trample on their sovereignty and territorial integrity, with nearly 80% of the population wanting to join the European Union. . The world is still coming to terms with the Ukrainian invasion of Russia and the scale of the resulting humanitarian disaster. On February 24, 2022, in a televised address, Putin ordered military tanks to drive through Ukraine as part of a “special military operation” to “denazify” the Ukrainian military and subsequently alter the pro-Western stance. of the country towards Russia. At first, it seemed like an easy and smooth victory. However, the quick response of a unified west and the commendable resistance of the Ukrainian army and its people prolonged the war. At this point, the war entered its 120th day on June 23, with Russia gaining ground in eastern Ukraine, accompanied by domestic economic pressures.

In the midst of this ongoing crisis for more than 120 days now, one thing that has emerged is the idea of ​​“Western unification,” which has otherwise been absent since World War II. So far, Europe has been relatively dispersed due to economic, refugee and sovereignty crises – also due to Trump-era policies and abrupt withdrawal from international agreements. With the arrival of the Biden administration in the 2020 presidential elections, the United States has rekindled its relationship with the European Union, which has also strengthened the Western response to the current war between Russia and Ukraine. The ongoing war is perceived as a collective threat by Europe, as last seen in the 1940s. Against this background, this article examines the Western response during World War II and compares it to the recent Russian-Ukrainian war. The West seems to be accentuating itself in a new avatar under the leadership of its hegemon, the United States. By implication, the role of the United States in the Western unification now emerging in the contemporary context merits further analysis. Moreover, in light of the NATO chief’s prediction that the war could last for years, it becomes essential to analyze the Western response as hegemonic.

US/WEST RESPONSE: NOW vs. THEN

To understand the phenomenon of Western unification in the current context of the Russian-Ukrainian war, it becomes relevant to revisit the events of World War II. In its Milestones series, the Office of the Historian writes that after the attack on Pearl Harbor in December 1941, the United States emerged from its “deeply isolationist” policy and directly intervened in the war. The Allies, namely the United States, the United Kingdom and the Soviet Union, provided the collective leadership of the war against Hitler’s Germany. The role of the United States, however, is central to the argument as it unites the West against a common enemy perceived as a threat to the liberal international order. The centrality emerges from the fact that no European country acted against Hitler and his expansionist policies until 1939, when he forced Europe into war. Even though it entered the main stage, the United States then provided military leadership and assistance to war-torn Britain and France and staged a grand display of unity against the forces of the United States. ‘Axis. The United States supported the war effort indirectly through the Cash and Carry system, Lend-Lease, and by providing military aid to allies in Europe. When Japan attacked the United States, it only began a massive mobilization effort by sending its armies overseas.

Reading the current crisis, the situation is more or less similar. The White House, in its April 6 statements and press releases, emphasized that the United States is orchestrating a united Western front by staying in constant contact with European leaders and officials while working on common sanctions against the visible threat. of Russia. Although the United States was directly involved in the war effort during World War II, it relied on sanctions rather than direct intervention in today’s scenario. However, trends such as the inability of European leaders to act against Hitler during World War II due to their vested interests were visible in the ongoing crisis. For example, although Germany took swift action against Russia’s unwarranted aggression, it took time to consider its energy dependence and the Nord Stream project. Similarly, the hypocrisy of France in not using the term “genocide” to describe war crimes in Ukraine was mentioned.

In this context, the United States has established itself as a hegemonic power on which most European countries have depended since the Second World War for their security. The United States has successfully rallied like-minded democracies to its side in a battle to save freedom, sovereignty, democracy and human rights. In its response, the Council of the European Union, in its guidance note, said the European Union had worked with the US administration and officials to introduce tough sanctions against leaders, oligarchs, banks and Russian brands. Germany increased its defense budget to 2% of GDP, Switzerland abandoned its neutral position and Finland and Sweden asked to join NATO on May 18 to protect themselves from possible Russian aggression. The Western Front imposed sweeping sanctions and banned Russia’s central bank, Sberbank, from SWIFT payments, negatively impacting the Russian economy. Despite the sanctions, Russia is able to dictate its terms due to Europe’s heavy reliance on Russian oil and gas imports. To reduce dependence and assert itself in the management of the crisis, the European Union has planned to reduce European imports of Russian crude oil for six months. All of this became reality thanks to the efforts of the United States to revitalize its influential influence among European nations in order to counterbalance the threat from Russia. Unsurprisingly, the United States will actively respond to reports of missing American veterans who have joined Ukrainian forces to fight alongside them.

THE IMPORTANCE OF WESTERN UNIFICATION

The West has come together at a time when it faces an existential threat from a changing world order across the globe. Its unification and achievement of collective defense is particularly significant in the revitalization of NATO across Europe and, with NATO, the resurgence of US hegemonic control over the Western Hemisphere. In recent years, there have been endless questions about the US’s waning influence in continental Europe and its overreliance on China and Russia in trade matters. However, with the protracted Russian-Ukrainian conflict, the United States might have regained its previous position as a net security provider for Europe and might as well reaffirm its commitments to the protection of Europe through of NATO. Western unification is also very relevant in the Russian-Ukrainian conflict because of the threat posed to the whole of continental Europe by common aggressors, such as China. Under the leadership of the United States, European countries have united to protect themselves from China’s territorial expansionist ambitions, while France and Germany face the threat of a “resurgent Russia”.

In a nutshell, Putin’s war on Ukraine has shaken Western civilization, which has been traumatized after seeing large numbers of white-skinned European refugees flock to their borders. Western civilization is also threatened by China’s aggressive expansionism and needs an urgent resurgence. At this point, the conflict in Eastern Europe gave a glimmer of hope for countries to unite against a common aggressor in the style of World War II and project it as a triumph of “Western civilization”. While countries have failed to capitalize on the initiative they have taken in the form of sanctions, this has nevertheless brought together a relatively dispersed Europe, compared to the pre-globalization era, under a common umbrella of unification led by the United States of America. The United States cements the “idea of ​​the West” in a contemporary context by emphasizing, through its alleged unity, that the West is still there.

Yuvraj Pokharna is a freelance journalist and columnist. Shivam Tiwary graduated in Journalism and is pursuing his Masters in International Studies. The opinions expressed in this article are those of the authors and do not represent the position of this publication.