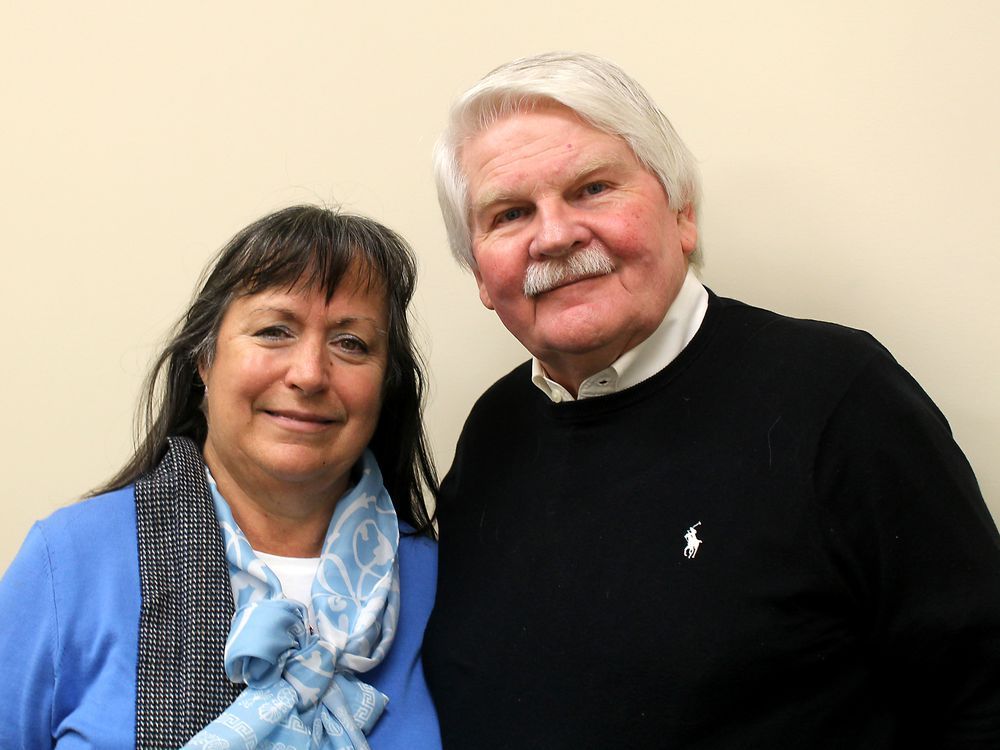 Gilberts: Zion was once an active and thriving community

Last week we told you the story of Zion Church, at the junction of Mull Road, and what is now called Pinehurst Line. Today we would like to expand on that story and talk about the community that was traditionally called Zion.

Again, we thank Bob McCully for the information on which these columns are based. Bob has very generously provided us with a folder of material that speaks to this region where his family has been based for 180 years. He and his wife very graciously hosted us for an evening last summer and showed us around their historic home near the church.

One of the things Bob showed us was a few small pieces of wood from his property. He explained how in the 1980s they were digging on McGregor’s Creek, which runs through his farm. After work (he was a primary school principal at the time) he went to see the hole they had dug and collected some wood from the bottom of this very deep hole. Later, this wood was carbon dated to around 9,000 years old. This is proof that this land is ancient, despite the fact that European settlement only began in the 1840s.

Further evidence was offered in the 1980s when an archaeological dig was completed a little further down McGregor’s Creek, but in the same general area. Although I don’t have the results of those digs and can’t say for sure, I believe the settlement they found was determined to be around 1,000 years old. It is no surprise that the road which we call Pinehurst Line, but which was known for many years as the Creek Road, is considered one of the oldest roads in what is now Chatham- Kent.

As I mentioned, European settlement began in the 1840s, which is quite late for Chatham-Kent. Most areas, especially those near waterways, began in the first and second decades of the 1800s.

Reverend Alvin Armstrong, whose article “The History of the Fellowship of Zion” which we use as the main source for this column, states that the reason was the fact that many Crown and clergy reserves were located in this region. It was not until 1836 that the Canada Company was able to buy these reserves and resell them to the settlers.

One of the earliest evidences of European ‘civilization’ appeared in 1835, and it was a tavern operated by a Mr. White, who squatted on land acquired a few years later by Cyrus McCully, the pioneer farm owner Bob’s centenary. Cyrus was the brother of Jonathan McCully, one of the Fathers of Confederation, originally from Nova Scotia. He bought this parcel because it included McGregor’s Creek, which he wanted to use for watering cattle. Later, he donated land for the district’s first school.

A distinctive group that came to occupy the lands north of this crossroads came from Alsace-Lorraine. Names like Gillier, Zinc, Zimmer and Gerber came from the same region of the motherland, and they came to the area between Blind Fourth and Fairview Line, centered around Mull Road. These names are still common in this region today.

At the time of the 1861 census, most houses were still made of logs, with a few frame houses and one brick house, that of Cyrus McCully. Most farms were 40-60% cleared and common crops included wheat, rye, oats and garden vegetables. Most also owned dairy cows, as well as cattle, sheep and pigs. The people who lived here were mostly self-sufficient.

This mixed farming, which was the norm throughout Ontario in the 19th century, continued for many years, and it was not until the second half of the 20th century that these farms took on the appearance that they still have today. Tractors started appearing in the 1920s, but they didn’t completely replace horses for many years.

The land, at that time, had been almost completely cleared, but a small piece of land (about 20 acres) still remains wooded. This part, which many refer to as McCully’s Bush, contains a hill which is the highest ground between the ‘ridge’ to the south (think Ridgetown) and the Thames River. An ancient Aboriginal cemetery still exists in this bush.

In the latter part of the 19th century and the early years of the 20th century, the community of Sion contained many small factories and shops. There were several cheese-making businesses, at least one blacksmith shop, and many other businesses associated with agriculture.

An industry that still exists today began early (1880) when James O’Keefe opened a gravel pit. It was sold to Robert S. Adams in 1910, and his son Earl really put Adams Sand and Gravel on the map.

The post office mentioned last week, which has been named ‘Pinehurst’ by the government, was established in 1890. Like many other small rural post offices, someone met the train, in this case in Mull , a few miles south, and pick up mail for delivery in Pinehurst. This practice continued until 1914, when rural mail delivery began and the post office was no longer needed.

Social activities at “Zion” were centered around the church, as discussed last week, and the school across the road. Sports teams (baseball, soccer) faced teams from McKay’s Corners and Kent Bridge. The parish hall was the meeting place for groups like the foresters, and the ladies of the church were famous for their religious suppers. People came from places like Chatham and Charing Cross, and the women were able to raise quite a bit of money for their various endeavors through these popular gatherings.

Today, the community of Sion no longer exists. The closing of the school started the slide, but the improvement of the means of transport, and the disappearance of the family farm have both contributed to the depopulation of the countryside. However, there are still a few old families living on their farms, and the new community of Lake Morningstar means that, in this particular case, there are still a considerable number of people living here. But without an active church or school, or any other community building (post office, library, village store), the possibility of real, live social interaction is lost forever.

Too bad – no amount of social media can ever replace real human contact.

I wonder what future historians will say.