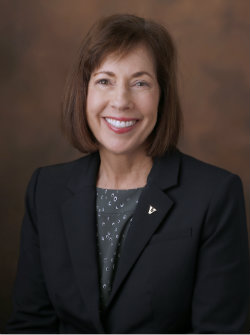 The prime-time achievements of famed television producer Norman Lear, China’s modernization, memory and the brain, and art in the context of societal change are among the topics offered this summer by the Osher Lifelong Learning Vanderbilt Institute.

Classes, which also include the impact of American composers on film, theater as literature, steel drum band, and high art from a “mind maker” perspective, are open to anyone who are 50 and over.

“We are grateful to be able to offer a hybrid format this summer, with some in-person classes returning,” said Norma Clippard, OLLI program director at Vanderbilt. “Many of our lifelong learners enjoy the camaraderie and lasting friendships that have become an iconic component of OLLI at Vanderbilt. However, we will also be providing in-person class recordings to all enrollees in order to serve those who prefer a virtual option, and many courses will continue to be taught online.

All class meetings will be held during Central Daylight Savings Time. Vanderbilt is asking that those present in person be vaccinated against COVID.

Registration for courses, some of which have a limited number of registrations, is open until July 1. To register or learn more about the courses, visit the institute’s website or contact Norma Clippard at 615-322-5569.

/Public release. This material from the original organization/authors may be ad hoc in nature, edited for clarity, style and length. The views and opinions expressed are those of the author or authors.View Full here.

How cash assistance can help survivors recover from gender-based violence