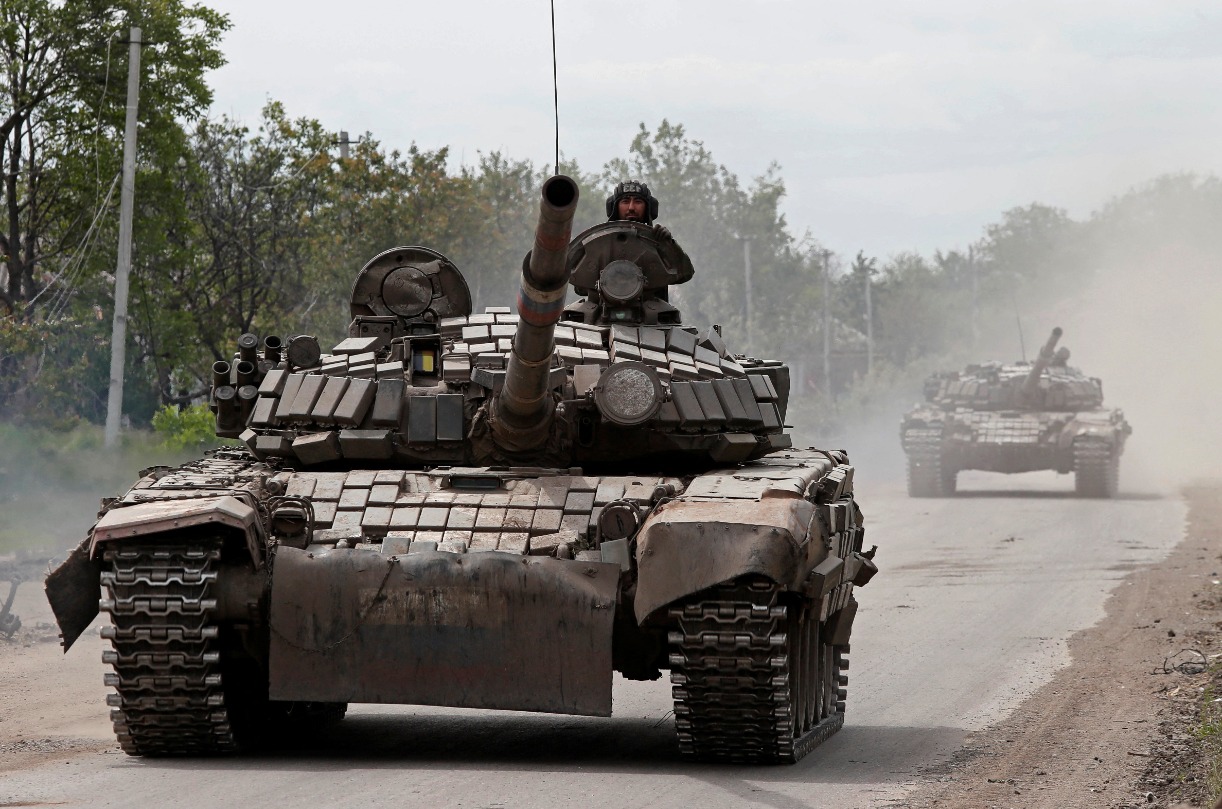 Is Russia taking over in eastern Ukraine?

As Russian forces push their advantage into eastern Ukraine, the Western maximum pressure campaign against the Kremlin faces its toughest test yet.

Severodonetsk, the last Ukrainian stronghold in the Luhansk region which lies just across the river from nearby Lysychansk, is pounded by Russian airstrikes and artillery fire. “There are battles on the outskirts of the city. Massive artillery shelling does not stop, day and night,” said Severodonetsk Mayor Oleksandr Stryuk. PA. “The city is systematically destroyed – 90% of the buildings in the city are damaged.”

Russian troops have been advancing on the city from three directions since early May in an attempt to trap Ukrainian forces located in the Severodonetsk-Lysychansk salient. Officials belonging to the dissident pro-Russian Lugansk People’s Republic (LPR) told Russian media RIA Friday that Severodonetsk is now completely surrounded. “Right now, in the city of Severodonetsk, in the city itself [and not on the outskirts], the paths of retreat of the Ukrainian troops are cut off, because there are three bridges there that they could have taken to leave. One bridge was destroyed, the second will not support any equipment because it is in very poor condition, and the [third] The proletarian bridge is controlled by our forces. Anyone who tries to leave the settlement will be destroyed,” LPR military spokesman Andrei Marochko said. “We have cut off all the routes through which they could escape, and we control, monitor, absolutely the whole territory…if they want to return to their loved ones, they have to make the right decision,” Marochko added.

The siege of Severodonetsk follows steady Russian advances in Donbass over the past month. Russian forces control almost all of the Donbass region and several surrounding areas, depriving Ukraine not only of its industrial heartland, but also of some of its largest wheat-growing regions. The Russian army would occupy most of the southeastern region of Zaporizhzhia, with only the administrative town of Zaporizhzhia and adjacent agricultural land remaining in Ukrainian hands. To the southwest, Russian forces appear to be firmly in control of the Kherson region.

Reports of Ukrainian troops refusing to fight and surrendering en masse, previously confined to Russian state television, have found their way into Western media. In a video uploaded to Telegram on May 24, members of the 3rd battalion of the 115th brigade, based in Severodonetsk, announced that they would not fight again due to a lack of military equipment and adequate leadership. . “We are sent to certain death,” said one of the volunteers, according to The Washington Post. “We are not alone like that, we are many.”

President Volodymyr Zelenskyy’s government has largely kept the number of Ukrainian casualties secret in an effort to boost morale, instead drawing international attention to the losses Russia suffered during the invasion. The Russian Defense Ministry said this week that Kyiv referred to Ukrainian soldiers lost in combat as “deserters”, an accounting trick used to keep official casualty numbers low. “On Ukrainian television we see that there are no casualties… there is no truth,” said Ukrainian officer Serhi Lapko. The Washington Post.

But the carefully nurtured image of Kyiv’s military invincibility clashes with the harsh realities of the battlefield.

The Russian invasion forces, backed by a list of logistical, numerical and qualitative advantages, are pushing ahead with their strategy of encircling pockets of Ukrainian troops while smothering major Ukrainian-held towns with supplies and weapons. reinforcements. Russian troops outnumber their Ukrainian counterparts seven times in the eastern theater of war, according to senior Ukrainian officials. “The Russian side managed to gather its reserves before us. We are lagging behind, which makes the situation at the front extremely difficult, ”acknowledged Ukrainian presidential adviser Oleksiy Arestovych.

As the reality on the ground appears to be slowly moving away from the prospect of a decisive Ukrainian victory, some prominent voices are calling on Western leaders to reconsider their maximum pressure policy towards Moscow.

Former US Secretary of State Henry A. Kissinger warned in Davos that the Western campaign to “inflict a crushing defeat” on Moscow poses deadly risks to European and global stability. “Negotiations must begin within the next two months before this creates upheaval and tension that will not be easily overcome. Ideally, the dividing line should be a return to the status quo ante,” he said, suggesting that Ukraine should at least tacitly recognize Russia’s control over Crimea and the status of pro-Russian separatists in Crimea. the People’s Republic of Donetsk and Lugansk (DPR and LPR). in the Donbass.

Kissinger’s comments drew sharp rebukes from Kyiv, which has adamantly rejected any potential peace deal involving territorial concessions. “Mr. Kissinger emerges from the deep past and says that a piece of Ukraine should be given to Russia so that there is no alienation of Russia from Europe. Mr. Kissinger is not 2022 but 1938, and he thought he was speaking to an audience not in Davos but in Munich at the time,” Zelenskyy said in his evening speech. a place in Myrotvoretsa controversial Ukrainian nationalist website and an NGO that maintains a running list of “enemies of Ukraine”. Myrotvorets accused the statesman of spreading “Russian fascist propaganda” and acting as an “accomplice in the crimes of the Russian authorities against Ukraine and its citizens”.

But the Biden administration — which has invested $53 billion in aid to secure Ukraine’s victory — and like-minded Western governments seem determined to stay the course. “We have to make sure that [Vladimir] Putin loses in Ukraine and may Ukraine win…may Russian aggression never again be allowed to threaten peace in Europe,” British Foreign Secretary Lizz Truss said on Thursday. continues to be widely portrayed by Western policy makers as a chiliastic struggle between good and evil – a global crusade against “dictatorship and autocracy” into which the entire free world has been enlisted. “Therefore, we must mobilize all our resources to end the war quickly. The best and perhaps the only way to preserve our civilization is to defeat Putin as soon as possible. That’s the bottom line,” financier George Soros told the World Economic Forum in Davos.

Mark Episkopos is a national security reporter for the National interest.