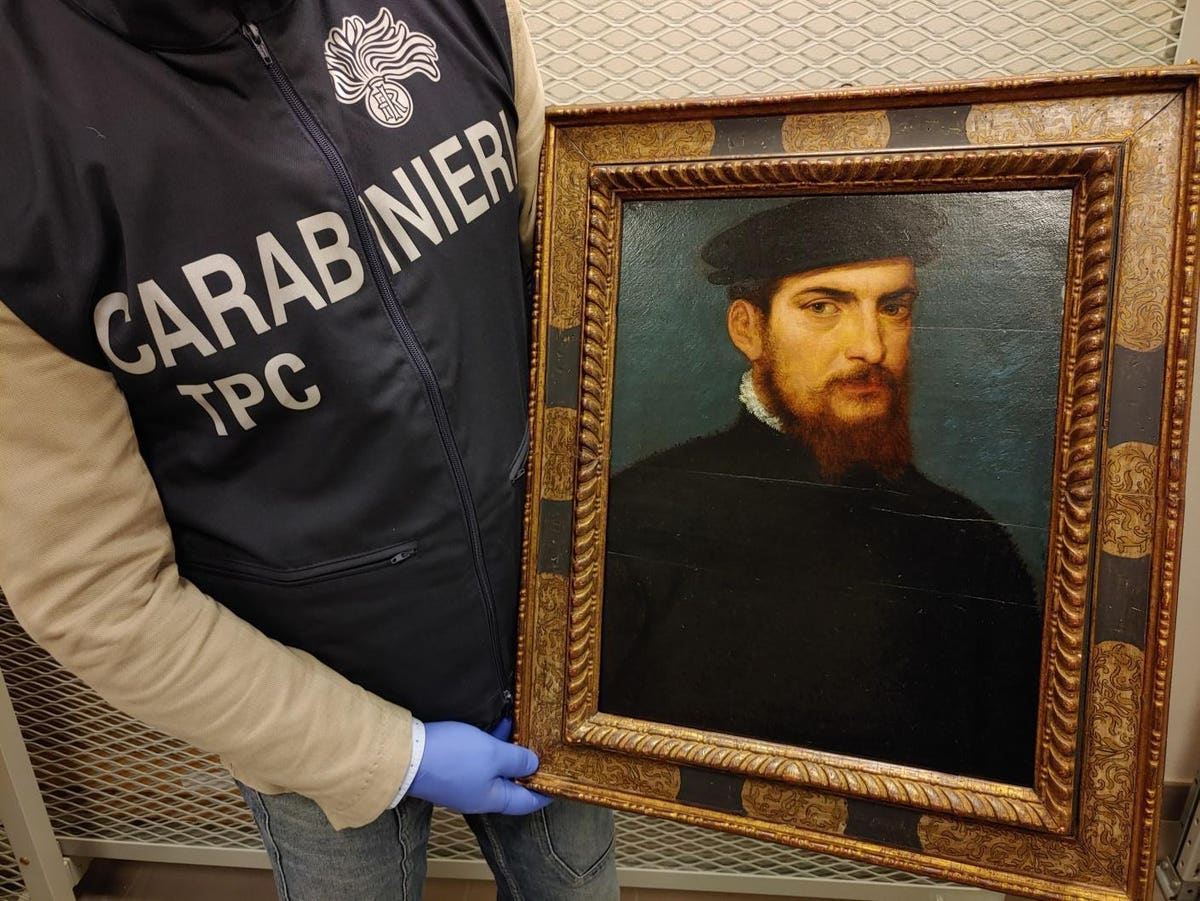 The artistic brigade of the Italian police has found a portrait of the Renaissance master, Titian, which was thought to be lost. The painting was discovered by the Turin branch of the Carabinieri’s Cultural Heritage Protection Unit in what has been described as an “extraordinary discovery”.

The work, titled “Portrait of a Man in a Beret”, disappeared in 2004. It was thought to have been illegally exported to Switzerland where it later appeared to disappear.

Almost two decades later, Italian art cops came across the Renaissance portrait in a workshop in the Asti region of Piedmont, where it had been taken for restoration. Authorities issued a confiscation order and the masterpiece was returned to the Italian state in an official ceremony.

The police are investigating two Swiss citizens for the disappearance of the painting.

The portrait, which depicts a gentleman with a red beard and a black cap, is attributed to Tiziano Vecellio, known in English as Titian, one of the most eminent artists of the Renaissance period. The painting was valued at just over $7 million.

The specialized Italian art team was established in 1969 and has since helped the country stay at the forefront of the fight against the illegal trade in works of art. The team now has around 280 investigators who protect Italy’s cultural treasures from natural threats such as floods and earthquakes, as well as looting and trafficking.

Some chocolates have a dark side – child labor