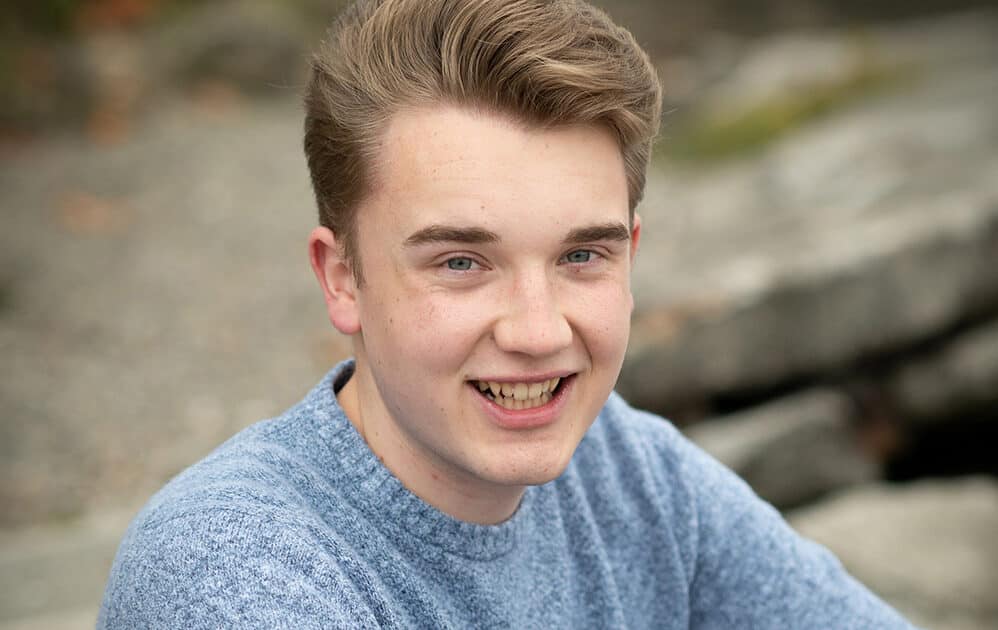 Gig Harbor Now publishes the profiles of each of the 25 honored students honored by the Greater Gig Harbor Foundation. Students will be honored at a banquet from 6-9 p.m. on Wednesday, May 18, 2022, at Ocean5, 5268 Point Fosdick Dr.

Alex Morgan is an AP Capstone Scholar and Scholar with Distinction, a National Merit Commended Scholar, and a Washington State Music Ambassador. He is an Eagle Scout, plays seven instruments and is headed towards a career in astrophysics and music.

Alex has always been mesmerized by the night sky and recently completed a project to search for exoplanets in the sky. He and his science teacher Eric Wolgemuth collected starlight data using information from NASA’s Kepler mission.

They spent many winter nights with their telescope trained on a specific star, watching for tiny dips in brightness that might indicate the presence of an orbiting planet.

reaching for the stars

Usually they worked from 8 p.m. until just after midnight. They even spent an unsuccessful 12 hour period from dusk to dawn trying to collect enough data and photos for Alex to write the required 5,000 word report. They were just unlucky.

Then at the end of April, Wolgemuth suggested that they make another excursion in the dark.

“He said it looked like there would be good skies this weekend,” Alex recalled. “I really didn’t want to go because I was quite put off by the whole thing.”

But they got out and that night Alex took over 600 photos and collected all the data he needed for his report to be sent to NASA. The next step will probably be that he will be asked to present his data in person.

This project is just one example of the kind of work Alex enjoys doing. It’s also an example of the determination and perseverance he needed throughout high school to study the things he wanted to know.

“That was probably my biggest challenge in high school,” he said. “It was frustrating not being able to take the classes I wanted, like calculus-based physics. They’re just not very common in high school.

He often had to design independent projects with his professors or take advanced courses online. The reward is that he will have the equivalent of eight years of math credits when he graduates from GHHS. And it taught him to stand up for himself, find ways to learn the things he wants to know, and “keep learning and growing.”

Through it all, playing and composing music is how Alex relaxes – he calls it his release. He plays seven instruments (including several self-taught) including the French horn in the concert band, the piano in the jazz band and the trumpet in the wind ensemble. He started out on trumpet, then switched to French horn in seventh grade. He also plays the trombone and is the founder of Musicians on a Mission, a non-profit organization that raises funds for the music education of others.

He particularly likes jazz – Errol Gardner is a source of inspiration – and classical music (Gershwin and Debussy are his favourites). “Debussy’s ‘La Mer’ completely changed the way I listen to music,” he says. And Gershwin’s Rhapsody in Blue was “what got me started on the piano.”

He spent much of the COVID shutdown composing “The Pacific,” a piece that is something of a tribute to La Mer, he said. He spent hundreds of hours learning to compose scores for sax, oboe, bassoon and other wind instruments.

“I’m lucky to have good friends in the band who play those instruments, so they could help me write those parts,” he said. If all goes according to plan, “The Pacific” will premiere at the band’s last concert in June.

Phyllis Payne, a math teacher at GHHS, calls Alex “…among the most gifted and well-rounded young men I have had the privilege of having in my class. His incredible work ethic and strong aptitude for the subject matter reinforce his solid experience in any class, but particularly in mathematics and physics.

“In addition to being honest and dependable, Alex embraces life at every opportunity with a thoughtful, wholesome, and balanced outlook.”

Eric Wolgemuth accepted. “Alex’s thirst for knowledge is the deepest of any student I ever had,” he said. “He’s a real sponge with a disconcerting thirst for knowledge. He has a worldview and is both interested and interesting to talk to about current affairs, politics, not to mention his favorites in science – especially astronomy. And he’s equally versed in music.

Favorite teacher: Mr. Wolgemuth: “He cares about the learning process more than anyone. The unique learning experience of independent study with MW solidified my love for physics and convinced me that physics is my future.

The best thing about GHHS: Flexibility and the ability to chart my own path. The administration is approachable and open to new ideas and really cares about helping me achieve my goals.