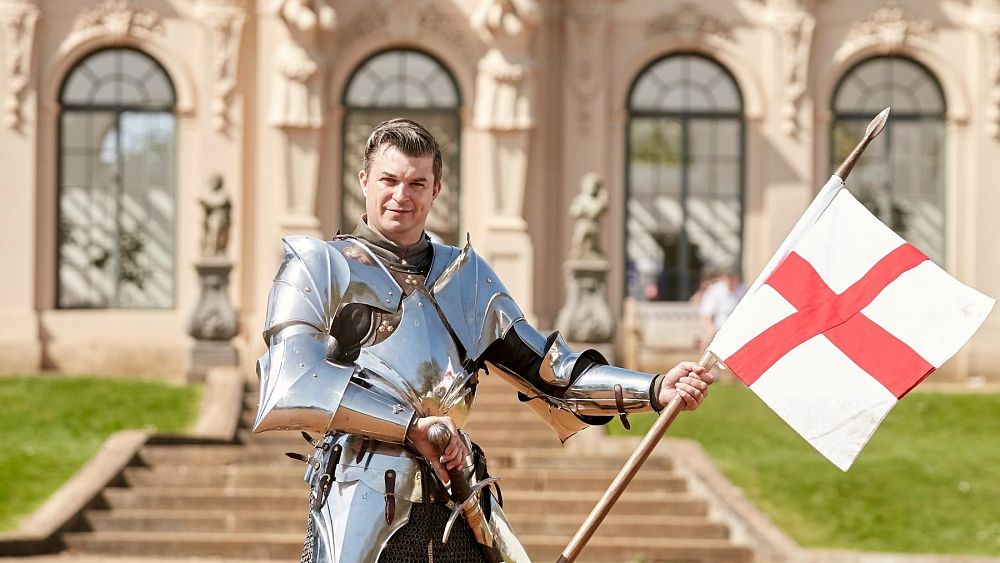 Warrior, protector and dragon slayer: why George is Europe’s most multicultural patron saint

This weekend, countries across Europe will commemorate the death and martyrdom of their patron saint: George.

Saint George’s Day is celebrated in Georgia, Bulgaria, Portugal and Romania; and in parts of Spain and Germany, the Czech Republic, Hungary and Slovakia.

In England, the date has risen to prominence as a celebration of all things patriotic and English, with red and white flags adorning many public buildings and private homes on the most “English” day of the year.

So, was Saint-Georges originally from England? Or maybe Georgia, Hungary or Portugal? Far from there.

Historians know that George was a real person, a soldier in the Roman army who was ultimately executed for not renouncing his Christian faith.

Thus, George is undoubtedly the most multicultural saint in Europe, which means different things in different countries. And even over the centuries since his death, his “origin story” has evolved and taken on mythical properties.

“He goes from being a martyr, of whom we know very little, to that of a ‘military saint’, one of the Roman army officers who were killed for refusing to sacrifice the pagan gods, then he becomes a holy dragon slayer” said Dr. Carter.

“And then basically, in England at least, he is largely stripped of his sacred association and becomes the personification of the nation.”

Saint George in art and literature

There are countless depictions of St. George in art and literature, poetry and song.

Most paintings depict him slaying a dragon – part of the legend that was added hundreds of years later – but even his physical appearance in the art world has changed from century to century: sometimes he is hyper-masculine, other times his features are softer and more angelic.

In English depictions, he is obviously depicted as white even though he would have looked Middle Eastern. And he’s frequently shown wearing the shining armor of a knight of the realm – although armor in that style wasn’t even invented until a thousand years after George’s death.

“Whatever their period, they put them in the dress and armor of their time” to make the saints relevant and relevant to the people of the time, says Dr Michael Carter of English Heritage.

“He is portrayed as a military saint quite early and I think his dragon-slaying prowess has been present since the ninth century, and certainly prominent in England just after the Norman Conquest.”

One aspect of St. George’s attributes that is often overlooked today is his association in the Middle Ages with being a protector of armies, and Dr. Carter explains that he was also known as a healer of people with syphilis. .

While St George was well known throughout the Byzantine Empire, his martyrdom and veneration did not become popular in England until much later, and even then it took many centuries to evolve.

The earliest evidence of George’s veneration in England was a pilgrimage to his shrine in modern Israel in the year 720 by an Anglo-Saxon missionary called Willebrord; and it was not until the 9th century that a feast was celebrated in England.

St. George’s Day in the Middle Ages – and throughout the Reformation of the 16th century – was a time for towns and villages to take a day off and celebrate.

Local guilds dedicated to St. George had religious and civic responsibilities and this included paying for celebrations, a parade and food for the townspeople.

“They would probably eat pork,” says Michael Carter. “It was the cheapest and most accessible meat in the Middle Ages.”

Under the direction of Greg Tate, the musical possibilities were limitless