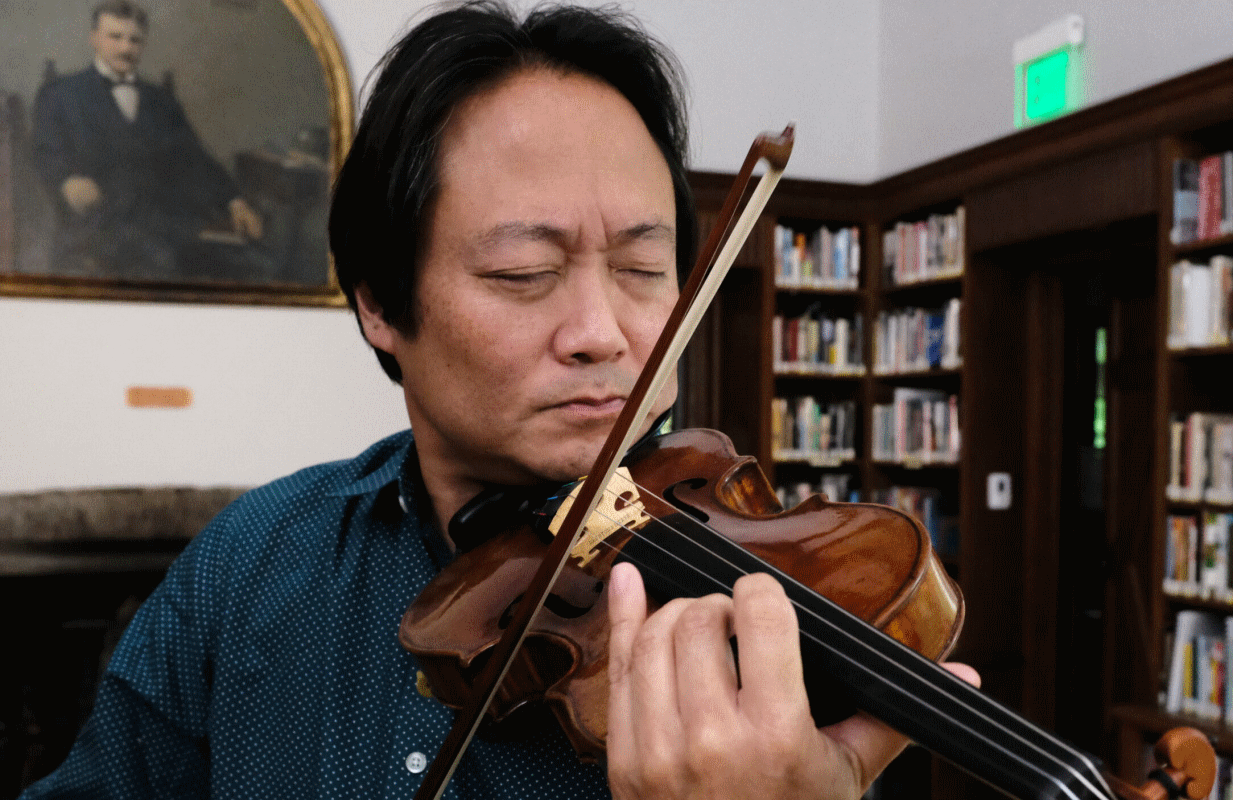 Are you overwhelmed by Peak TV? Aaron Barnhart is your guide to the good, the great, and the skippable. Subscribe to get all of his Primetimer reviews.

Over the past two seasons, PBS Great performance interrupted its usual fare of operas, ballets and the like, shall we say, acquired tastes for something almost any music lover can appreciate.

One of the classical world‘s liveliest ambassadors, Scott Yoo, led a masterclass in music appreciation called Now listen to this. Part travelogue, part history lesson and part America’s Got Talentthe four-week mini-season of Now listen to this knocked off the padded shirt starch of the classic and made Western Civilization’s most enduring sounds tied to an AutoTune culture.

Yoo, violin virtuoso and traveling conductor of the Mexico City Philharmonic Orchestra, has, among other concerts, introduced viewers to some of the greatest composers of all time with enthusiasm and genuine curiosity. Not content with rehashing whatever history you might find online, Yoo and his wife, concert flutist Alice Dade, have traveled Europe to make new discoveries about greats like Bach, Haydn and Scarlatti.

Whether it’s because of COVID or because the show’s budget has gone down, Yoo has stayed home for this season of Now listen to this, and it turned out to be a brilliant idea. Featuring a roster of American composers – including only one I had heard of before – Yoo and creator-writer-director Harry Lynch produced the most accessible season of Now listen to this again.

The show works for two reasons: Lynch uses sound, light and location to create stunning visuals; and Yoo seems to enjoy talking about music with people almost as much as he enjoys making it.

Classical music is too often presented as a parade of composers from different eras, seemingly unrelated except by the enduring cord of longevity. Now Hear This is proud to show how composers and cultures influence the next generation – because, after all, every work of classical music was once considered new music.

Amy Beach’s influences include Fanny Mendelssohn, Felix’s sister and a heavyweight songwriter in her own right. Yoo explores this somewhat unlikely connection by flying to the West Coast and listening to a string quartet perform one of Mendelssohn’s works at the home of a wealthy patron of the arts (because some things haven’t changed since Bach’s time).

Next week’s episode looks at Florentine Price, the African-American composer whose greatest works were discovered just 10 years ago in an abandoned house near Chicago. It’s a reminder of how Jim Crow’s racism was a double-edged sword – yes, it drove a lot of talent from the South, but the resulting migration from the North brought together musicians of gospel, blues and European formation and resulted in a new sound that might not otherwise have come to be. Tune in, if only to hear legendary gospel singer Lou Della Evans-Reid, now 90, absolutely smash the classic “Precious Lord.”

In two weeks, Yoo explores the Jewish roots of Aaron Copland; in three weeks, he spends time with two talented contemporary composers whose influences span the globe but who are American through and through.

Now listen to this is entering its third season as part of Great performance on PBS starting Friday, April 8. The episodes will stream for free on PBS.org from the nights of their premieres for four weeks. After that, episodes will be available to subscribers on PBS Passport.

Aaron Barnhart has been writing about television since 1994, including 15 years as television critic for the Kansas City Star.

Louise Bourgeois and how old clothes can haunt us