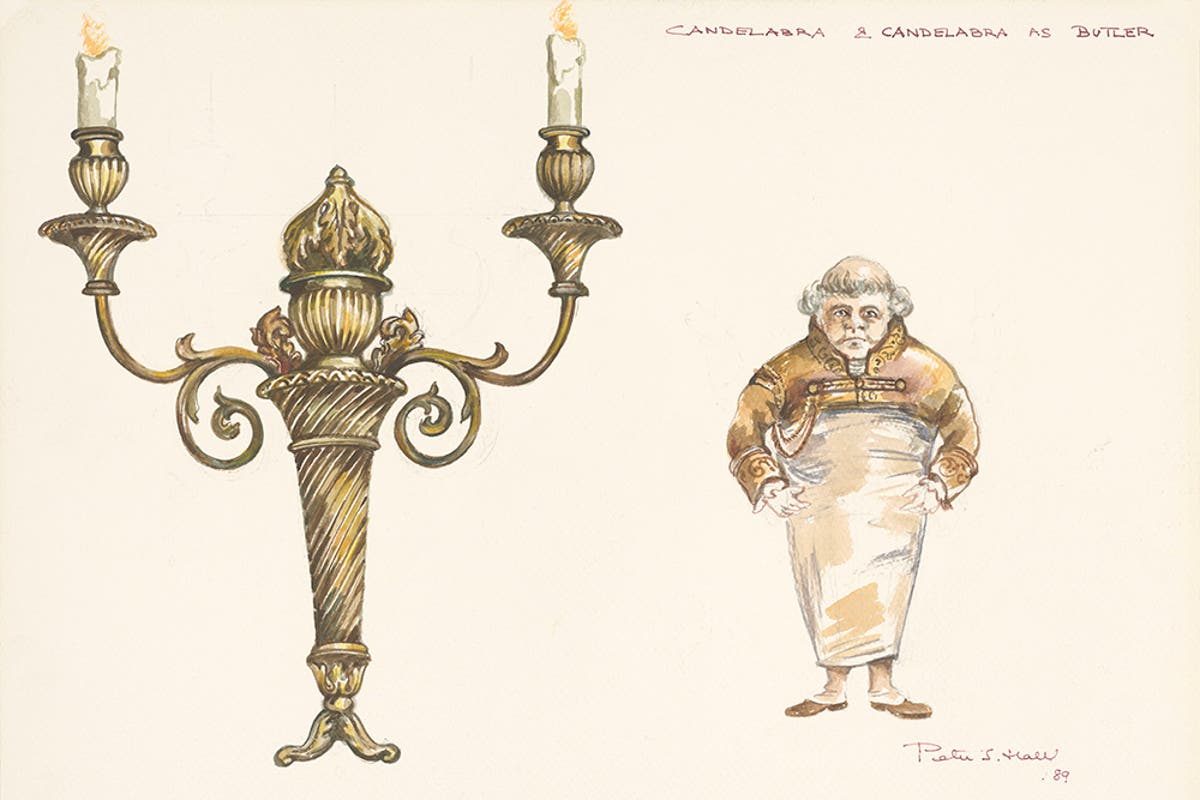 Review at a glance

o, what does Walt Disney’s film production have in common with rococo, this delightfully mobile art form? Well, this exhibit sets out to prove that Disney and these 18th century artists and creators “both succeeded in bringing the inanimate to life.” And, more broadly, both intended to “breathe life into objects, entertain their audiences and use new technologies to help them achieve their goals”.

Certainly Walt raided the dressing boxes of Europe to good effect. He was an ambulance driver in France in 1918, based for a time in Versailles. He returned to Paris with his family in 1935 and later. He owned a collection of French porcelain miniatures and bought fairy tales illustrated by Edmund Dulac and Félix Lorioux – making what we would today call a moodboard.

There’s a lovely little clip at the start of this new show in this 18th century treasure box, The Wallace Collection, of a forgotten Disney short, The China Shop (1934), based on two decorative porcelain figurines that come to life; next to it is such a couple in Meissen porcelain. There are two lovely fortress-shaped Sèvres porcelain potpourri, which appear to resemble Disney’s famous castle, although the most obvious inspiration is from Bad Neuschwanstein in Germany.

Two Disney films underpin the show: Cinderella (1950) and Beauty and the Beast (1991), the latter made well after Walt’s death. Cinderella has visual references to the 18th century, although Mary Blair, the most original of the artists involved, moved the time period a little later, to the 19th century. But furniture and accessories channel rococo or rococo revival.

Beauty and the Beast is more obviously indebted to the period. Indeed, the Disney studios sent a group of artists to London in 1989 to drink in the European atmosphere; they were based in Goodge Street and no doubt spent a lot of time at the Wallace Collection, which is near Manchester Square. Certainly, like Jean Cocteau’s Beauty and the Beast, much of the film’s magic and humor comes from the animated objects. Here we see a clock that looks wonderfully like Cogsworth, the Beast’s butler; and candelabras very similar to Lumière the butler.

But the most obvious visual gag straight from the Wallace Collection to film was from that gruesome movie, Frozen, where our heroine tries to impersonate the girl from Fragonard’s Swing – and look, the original is on the opposite wall.

What struck me about the series, however, is what it tells us about Disney. The original studios with their army of artists and technicians – a working definition of a creative industry – produced a seamless artistic product with every film, but like any artist studio, they employed skilled and highly individual artists. Mary Blair’s whimsical and humorous take on Cinderella would make a lovely children’s book. Many of the films’ original sketches – including a brilliant sequence showing an animated carpet – are full of brilliance and inventiveness.

Compare and contrast Disney before and after Beauty and the Beast (a hybrid of CGI and hand-drawn). Computer-generated images are bland, flat, and uninspiring; they lack personality because they are made on screen. Fantasia, which we get some sketches of here, is just a different and better creation than Frozen. This interesting spectacle may not place Walt among Fragonard or the ceramists of Meissen, but it shows why the human factor is important.