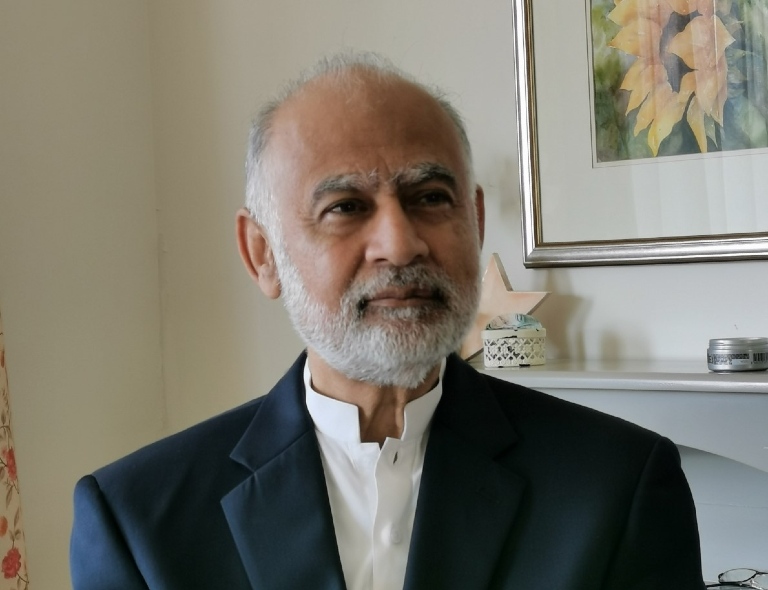 Best-selling author Nadeem M. Qureshi spoke about his book “Why Muslims have lagged behind and others have progressed”.

Contents of the book

In the fall of 1928, the imam of Java, a certain Mohammad Basyuni Imran, delivered a letter to the Lebanese author and scholar Chakib Arsalan. In his letter, Basyuni Imran asked Arsalan to explain the reasons for the backwardness of the Muslims of that time compared to other nations; furthermore, Basyuni asked Arsalan to suggest what they should do to join the ranks of the nations that overtook them and, in many cases, rule them.

Arsalan published his response in a series of articles written for the Cairo-based Islamic newspaper, Al-Manar. Subsequently, these articles were combined and published in a book in 1930 under the title: Why are Muslims lagging behind? And why did the others progress?

In his response, Arsalan begins with an analysis of what went wrong. It addresses the belief of some that Islam is to blame for the backwardness of Muslims. He goes on to give examples of how advanced nations have progressed while clinging firmly to their religious beliefs.

In simple and elegant prose, Arsalan takes the reader on a fascinating walk through history. There are references to the pre-Islamic and early Islamic period, to the French colonialists in North Africa and their efforts to convert Muslim populations to Christianity, to events in the British Houses of Parliament on the question of transubstantiation , And much more.

The last part of the book contains examples of recent achievements (1930s and earlier) of Muslims when they decided to do something.

It is a measure of the merit and excellence of Arsalan’s words that his book never went out of publication. It remains among Arabic speakers as popular and relevant today as when it was first published nearly a century ago.

Nadeem Mumtaz Qureshi has lived for several decades in the Middle East. Not being a native Arabic speaker, he was immediately fascinated by the language. Thus began a learning journey that will take him from not knowing the language to earning a master’s degree in Arabic literature.

He is particularly interested in the works of Arab writers who lived during the first five centuries of Islam. It was during this period that some of the greatest works of Arabic were produced. Before becoming a captive of the Arabic language, Mr. Qureshi studied engineering at the Massachusetts Institute of Technology and management at Harvard Business School. He has created and managed several companies and is currently the president of a national political party.

“Why Muslims Have Fallen Behind and Others Have Moved Forward” is a groundbreaking read, what inspired you to bring the work of Lebanese author and scholar Shakib Arsalan to life?

There was a time when Muslims ruled much of the known world. They led the world in scientific discoveries and in contributions to literature and the arts. Their scholars translated groundbreaking ancient Greek manuscripts on philosophy, metaphysics, and eschatology into Arabic. Their philosophers studied these texts and constructed them with their own contributions. Baghdad, the capital of the Islamic Empire, was the world center of arts, sciences and philosophy. The Europeans, who visited the capital, would boast on their return of having set foot in the center of civilization.

And then, after several centuries of lightning progress, Muslims all but disappeared from the world stage. And today, the Islamic nation, so to speak, remains peripheral to world affairs. They are behind the West in every possible dimension of human effort

Why are they late? This is a question that’s been in my head for a while. Arsalan, in his book, addresses this question convincingly. And that’s what pushed me to make his book, written in Arabic, known to a wider audience.

This book engages readers from the start and is absolutely captivating. What do you hope readers will take away from them when they finish “Why Muslims Lag Behind and Others Advance”?

Although Arslan addressed his original message to the Muslims of his time – the period between the two great wars – I think the translation should be of interest to all readers today. On one level it is a brief history lesson in that it traces the rise of Islam among the Arabs and their subsequent conquests in distant lands. In these conquests, the speed and scale of which have dazzled historians, the Arabs not only conquered territories, they also conquered the hearts of the peoples they conquered. There was a sort of mass acceptance of Islam by people of different cultures, languages ​​and beliefs. A phenomenon that had never happened before and has never happened since.

On another level, it is an exhortation to Muslims to examine in depth the reasons for their fall from world leadership to insignificance on the world stage. Arsalan explains the factors that allowed early Muslims to progress and gain power and influence. He believes that these factors, although no longer in place, can be revived so that Muslims can once again take their place in the global community.

Those who read the book will take away with them an appreciation of the factors that led to the meteoric rise of Muslims, from barefoot Bedouins in a God-forsaken desert, to rulers of the world. And the impact they had on the development of the arts, sciences, architecture, philosophy and theology and in paving the way for what would be the European renaissance.

In the final analysis, the book is a call to Muslims to return to the principles of their faith from which, according to Arsalan, they have drifted away. And in the process have ceased to have a say in how the world works.

On a personal level, when you did the final reading of this book, what was your favorite part and why?

This is a difficult question to answer. It’s a bit like asking a mother, “What is your child’s favorite part?” When translating the book, I cared less about what I liked about the translation than what potential readers would think. I had read the book in Arabic and loved it. My mission was to convey this experience, as faithfully as possible, to English-speaking readers.

In response to this question, allow me to quote from my introduction to the book: Translating Arabic into English is always a challenge. The two languages ​​have very different structures. The aesthetics of the style vary widely. Arabic is characterized by long sentences. A single sentence can fill an entire paragraph. Several qualifying adjectives of similar meaning are used where one would suffice.

In Arabic, these are attributes of eloquence. In English, almost the exact opposite is true: short sentences and the use of fewer rather than more words to express meaning is what George Orwell considered good style. I tried in this translation to stay as close as possible to the Arsalan text. And to convey, almost impossible as it may be, a flavor for the eloquence of the Arabic original. This has meant retaining the Arabic stylistic aesthetic in English.

Regarding the second part of your question: it is not for me to measure success or failure. This is something readers will have to decide for themselves.

“Why Muslims Have Fallen Behind and Others Have Moved Forward” has been popular with readers and critics alike. Do you have another book or ongoing project you can tell us about?

There is nothing imminent in the works, but I am always on the lookout for works of wisdom and eloquence that deserve a wider readership.

Keep in mind that Arabic has been around for over a millennium and a half. It is perhaps the oldest existing language in the world. And amazingly over those centuries it has remained essentially unchanged. Thus a book written a thousand years ago, taking into account the differences in circumstances and style, can be read with as much ease as a book published yesterday. Compare that to how much today’s English has diverged from the English of Shakespeare and Chaucer, and you will realize how extraordinary it is that Arabic has remained as it was a millennium ago.

There exists in the world today a vast library – truly a treasure trove – of texts in the form of Arabic manuscripts containing the wisdom of the ancient world which have not seen the light of day for hundreds of years. As scholars struggle to extract and publish the contents of these manuscripts, I remain vigilant. My next project might just be one of those unreleased classics.

“Why Muslims Have Fallen Behind and Others Have Moved Forward” is available on Amazon.

A tool to predict the future