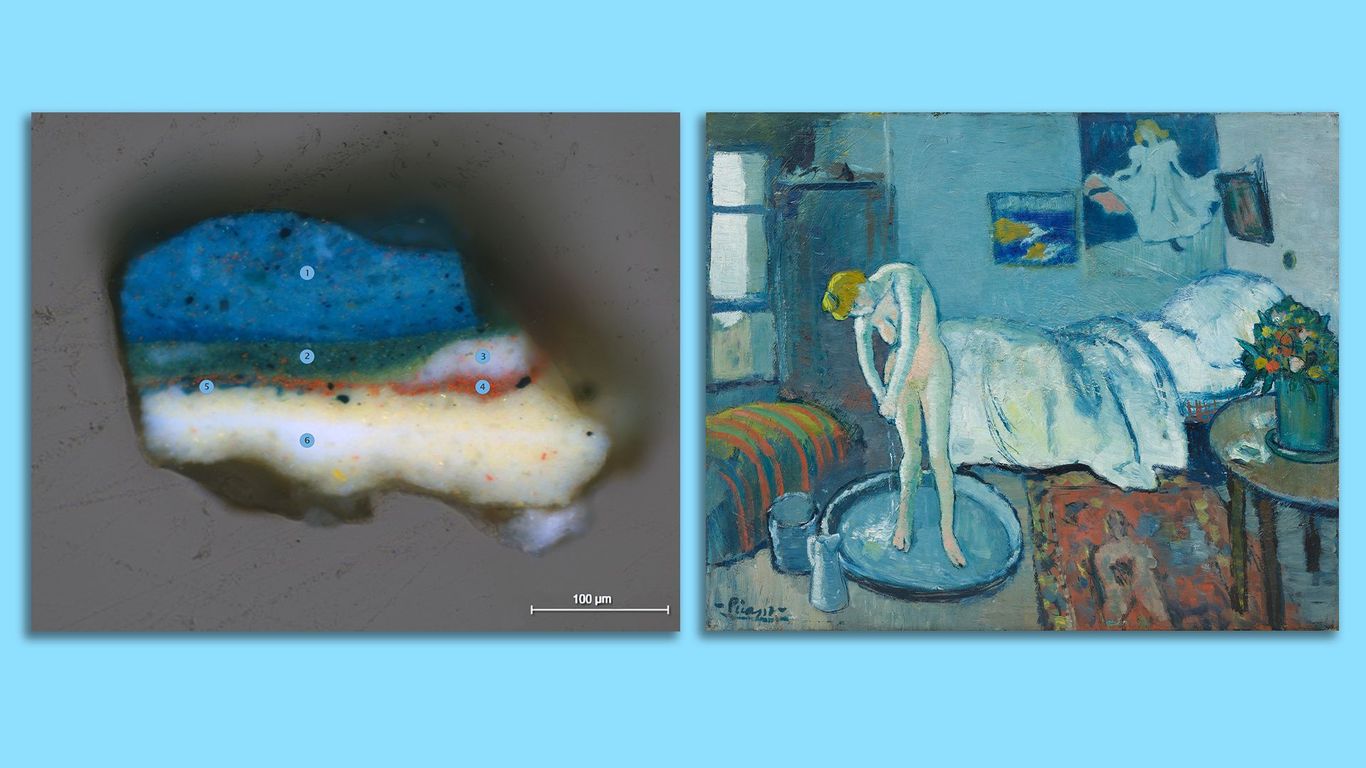 Beneath some of Picasso’s iconic paintings, researchers are uncovering new details about hidden portraits and compositions.

Why is this important: The finds, featured in a new exhibition, offer clues to the artist’s materials and process early in his career – and how to best preserve his work.

What’s new: By combining data from X-ray, infrared (IR) reflectance imaging spectroscopy, and X-ray fluorescence mapping, a team of researchers from Phillips, the National Gallery of Art, and other institutions were able to see the portrait of a man, indicators of the brush and strokes, and the pigments used by the artist. For example, the presence of mercury suggests that he painted with vermilion.

With IR reflectance spectroscopy, researchers could see shapes under the woman’s right shoulder and forearm in “Crouching Beggarwoman” (1902).

A map of the elements in the painting “The Soup” (1903) suggests that Picasso changed the shape of the bowl offered to a child by a woman and that he altered the woman’s gesture and the way her hair fell from her forehead.

The bottom line: “There’s even more to learn from some of the most studied paintings in the world,” says Favero.