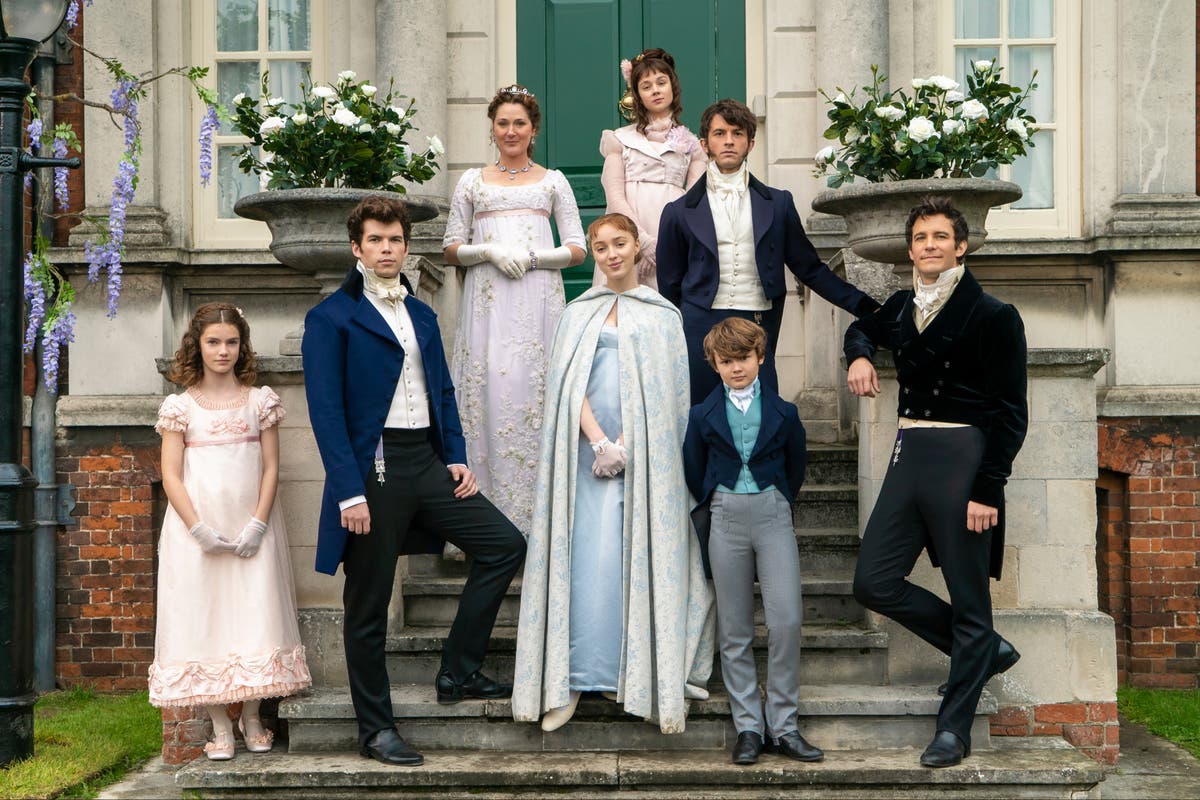 From Bridgerton to Vanity Fair: The Guide to Period Dramas in London

If there’s one thing Brits (and even overseas audiences) can’t get enough of, it’s period dramas. Whether it’s the twisted tales of love and betrayal, the exquisite (and deliciously uncomfortable) dresses, or the sight of people who don’t understand a day’s work snubbing each other over tea after midday in a beautifully decorated living room, our obsession with these shows lasts long after we’ve finished them.

And why should it, when you can visit some of TV’s most famous sets? London is home to some of the most impressive and beautiful buildings in the country, and many have been used to film everything from Bridgerton to Downton Abbey.

What is that? This magnificent West London stately home is the residence of the Duke of Northumberland. With its expansive grounds and immaculate interior, its Print Room was used to film the study of the former Duke of Hastings in Bridgerton’s first season, while its State Dining Room was used to Queen Charlotte’s dinner with her husband, King George III. .

What is that? If you’re trying to recapture a sense of Georgian elegance, then The Ranger’s House is the place for you. Located on the edge of Greenwich Park, it houses a world-class art collection and was used to film the exterior of the Bridgerton family residence. Unfortunately, the gorgeous summer wisteria is fake.

What is that? Given that Lancaster House was once part of St James’s Palace, it’s no surprise that this Grade I listed building is in high demand for period dramas. It’s also a key replacement for Buckingham Palace, with The Crown, Downton Abbey, The Young Victoria and The King’s Speech all filming royal scenes within its walls. Not one to miss.

seen on The Crown, I Capture the Castle, Brideshead Revisited, Bright Young Things

What is that? The beautiful Eltham House is an unoccupied royal residence belonging to the Crown Estate. With its striking Art Deco decor, it has been called a ‘masterpiece of modern design’ and has transformed into everything from the Queen’s quarters to the Royal Yacht Britannia, the seat of Bermuda government and HMSS Queen Mary. The scene in which the Queen meets fashion designer Norman Hartnell in her studio was filmed in the entrance hall.

What is that? The crown jewel of Britain’s maritime history, the Old Royal Naval College has everything from immaculate frescoes to majestic hallways. No wonder it’s a popular site for filming period dramas: in this case, the exterior of Buckingham Palace in the Crown, a handbell concert in Judi Dench’s drama Mrs Brown, and even the site of an event to be revealed from Bridgerton’s second series…

What is that? This former royal residence was built between 1616 and 1635 for James I’s wife, Anne of Denmark, supposedly to apologize for swearing to her after accidentally shooting down one of her favorite dogs during a a hunt. Located in the heart of Greenwich Park, it served as the applications department of the Circumlocution Office at Little Dorrit.

What is that? Built in 1835, this spectacular venue was originally built for the Goldsmith’s Company and narrowly escaped destruction during the Blitz. Just as well: it’s hosted several high-profile TV shoots, including The Crown, where it served as a makeshift operating theater for King George to have a lung removed, and the East India Company’s front in Taboo.

seen on The crown

What is that? Although this Victorian theater is best known for being the modern home of The Lion King production, with a little imagination it is possible to see Matt Smith and Claire Foy as Prince Phillip and the Queen attending the Royal Variety Performance in an episode of The Crown.

What is that? This elegant Georgian bob is the perfect note to add a touch of dramatic vintage glamour. Head here to see the exterior location of Margaret’s lawyers in A Very British Scandal, the Osborne and Sedley home in Vanity Fair, and Lionel Logue’s office in The King’s Speech.

What is that? This 17th century house is located on the banks of the River Thames in Richmond. Lovingly maintained by the National Trust, it served as the mock Kensington Palace in The Young Victoria and James Trenchard’s Brussels office in Julian Fellowes’ drama Belgravia.

seen on Call the midwife

What is that? Is there a more iconic image in Call the Midwife than the plans of the terraced houses where the midwives of Nonnatus House work? These scenes were shot in Theed Street and Roupell Street in Waterloo, providing a glimpse into London’s Victorian slums, many of which were cleared during the sixties. Now Roupell Street homes regularly sell for over £1million.

seen on Call the midwife

What is that? St. Joseph’s Missionary College, Mill Hill was founded by Father Herbert Vaughan in 1866 as Britain’s first Catholic missionary college. Although it has since been subdivided into apartments, the exterior can still be seen and it served as the setting for Nonnatus House.

What is that? This Victorian music hall in east London has served as a gospel church, art gallery and air raid shelter – and was also the setting for the Downton Abbey scene where Lady Rose goes to tea dancing servants.

What is that? Located on Mare Street in Hackney, this music hall was built in 1901 and serves past, alongside Lancaster House’s backing, the Brussels Opera in period drama Vanity Fair. It also replaces the Lyceum Theater in the 2018 film Stan & Ollie in which Steve Coogan and John C. Reilly starred as Laurel and Hardy, at one of the duo’s sold-out shows.

seen on The favourite, Bridgerton, the great, Belgravia

What is that? No trip to London is complete without a visit to Hampton Court Palace. This Grade I listed royal palace in Richmond was one of Henry VIII’s most beloved residences and served as a filming site for Olivia Coleman’s Queen Anne drama The Favourite, and scenes from the first series of Bridgerton, depicting debutantes arriving at Queen Charlotte’s Opening Ball.

What is that? With a pedigree stretching back centuries, Bridgewater House in St James has served as the location for many period dramas – chief among them the exterior of the Crawley family’s London residence, Grantham House in Downton Abbey, and Marchmain House in Brideshead Revisited.

What is that? With its red bricks and white pillars, the striking Osterley House in Surrey, on the outskirts of London, has served as the setting for countless period dramas. Head here to revisit the Vanity Fair scene where George Osborne and William Dobbin meet their regiment before the Napoleonic Wars, and several Buckingham Palace shows in The Young Victoria.

What is that? This Baroque church from 1728 is nestled amid a square of period houses and served as the setting for a pivotal scene in Atonement, where Briony attends the wedding of friend Lola Quincey to the unsavory Paul Marshall.

What is that? This disused tube station was once a single branch of the Piccadilly line, running back and forth to Holborn. However, since it closed in 1994, it has regularly been used as a filming location for underground scenes, including during Atonement where Cecilia hides from an air raid during World War II, and in The Dig where Edith Pretty arrives in London.