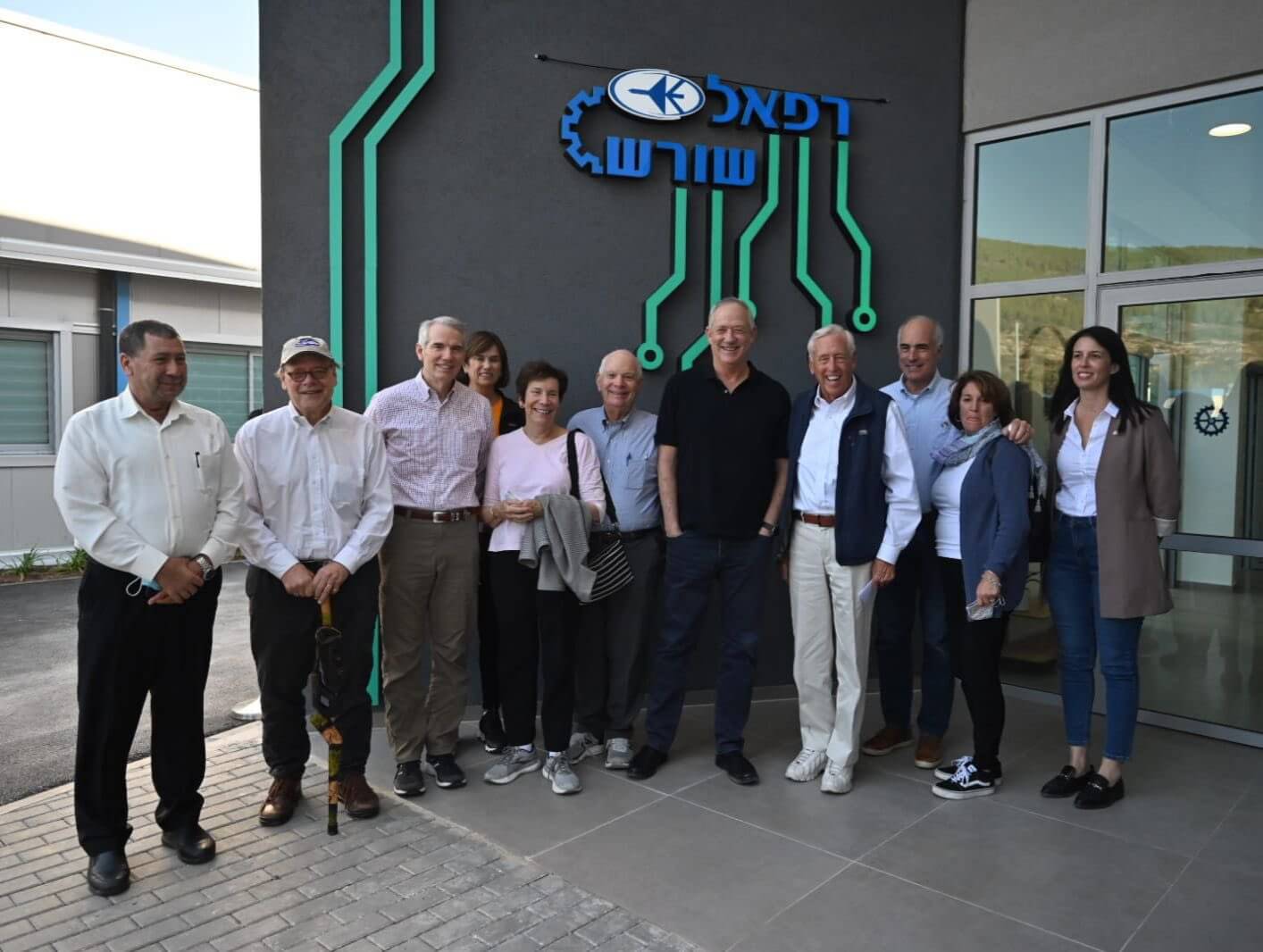 While the Israeli regime continues to inflict massive and routine violence in order to steal Palestinian land and expel the native Palestinian people from it, the US Congress is actively permitting Israel’s colonialism.

HR 2748 is the Normalization of Relations with Israel Act of 2021 – or, as the US campaign for Palestinian rights calls it, the Normalization of Israeli law on ethnic cleansing– and just passed the House of Representatives on Wednesday evening and the Senate late Thursday. House Majority Leader Steny Hoyer shamefully shoved it into the House Government’s omnibus funding bill at the last second, with a record $4.8 billion in deadly military funding which will fund the horrific violence of the Israeli state.

The Israeli Ethnic Cleansing Normalization Bill is a harmful and anti-Palestinian bill, and was expected to be the only vote on Palestine-related legislation this year. Its greenwashing propaganda seems all the more vicious at a time when Israeli forces, associated with insidious organizations such as the Jewish National Fund (JNF), are ethnically cleansing the Palestinian Bedouins of Al-Naqab, in the name of planting trees, the creation of national parks, and viewing Palestinians as intruders in their own homeland.

Here’s a breakdown of why the bill is so harmful and how it enables Israel’s green colonialism.

What is HR 2748, the Israeli Ethnic Cleansing Normalization Law?

HR 2748, Israel’s Ethnic Cleansing Normalization Act, expands the Abraham Accords, Trump-era weapons, and trade deals between apartheid Israel and other authoritarian regimes. These agreements bribe Arab countries in the region to ignore Israeli colonialism and ongoing human rights abuses and, in effect, to align themselves regionally with the politics and aspirations of the United States. States and Israel for the region in exchange for large arms packages.

The Abraham Accords also allow Arab regimes to establish their own military aspirations in the region, all through US-backed and funded violence, militarism and coordination. For example, the Abraham Accords gave the green light to the United Arab Emirates, a country plagued by numerous human rights violations and which played a key role in the devastating war in Yemen and the attacks on civilians. in Libya, to negotiate the acquisition of F-35 advanced combat weapons. from the United States and purchase ammunition stocks. Meanwhile, the Abraham Accords have gathered political cover for Israel to continue its relentless theft of Palestinian land, through policies such as annexation and ongoing ethnic cleansing, and remain unchallenged by the signatory countries of these agreements.

When we hear the sentences Standardization and Israelyou should always read Normalize Israel impunity and violence. In addition to enabling this violence, HR 2748 also includes language that limits free speech in favor of Palestinian rights and threatens to censor or withhold funding from international organizations that may not support “normalization” (read: Israeli impunity and violence) as defined by this bill and by the intent of the Abraham Accords.

It is ridiculous that such a bill touts so-called regional cooperation on climate change, technology, water scarcity and health care, while erasing Israel’s brutal oppression on every front. But none of this rhetoric can hide the colonialism of Israeli settlers. Israel’s violence continues to be revealed.

Ethnic cleansing and displacement in Palestine is occurring under many facades. In Al-Naqab (and throughout historic Palestine), this is done under the guise of environmentalism, also known as green washing, which provides cover for Israeli colonialism. Israel is pushing this reforestation campaign as a progressive green initiative to mask its settlement project. Early examples of this include the depopulation and reforestation of the Galilee’s largest village, Saffuriyeh, in 1948, now called Tzipori National Park. The greenwashing of Israel is accompanied by land grabbing, active displacement and ethnic cleansing. The alien trees they plant are smothering the landscape, interrupting the cultivation of food, and contributing to global warming as fuel for massive forest fires. The notorious and destructive Carmel forest fire around the Palestinian village of Ein Hod and the colony of Israeli artists currently settling in their original homes, stemmed in particular from the oily European pines that Israel planted en masse to create the Carmel Forest.

One of the organizations behind these reforestation projects is the Jewish National Fund. The JNF is an outsourced branch of the Israeli state that is complicit in the ongoing ethnic cleansing of Palestinians that is taking place on the ground – from the founding of Israel to the present day. The JNF raises funds from people around the world to fund “reforestation” in Palestine as part of the centuries-old trope of Israeli civilization “making the desert bloom” in a previously arid and uninhabited homeland.

Greenwashing is inextricably linked to Israeli colonialism. The tactic has been used since the establishment of the State of Israel. After the ethnic cleansing and demolition of villages in 1948, trees were planted so that Palestinians could not return to their homes. In this way, Israel’s war crimes also remain hidden. The JNF has also armed colonization efforts since 1948, where they provided political, financial, and intelligence support to the Zionist forces that carried out the Nakba.

The JNF’s tactics of fueling displacement in collaboration with the State of Israel are not new: they are still used today throughout Palestine. The JNF uses fast-growing, invasive trees to actively displace Palestinians in al-Naqab. Of 68 JNF parks and forests, 46 are directly above Palestinian villages and the rest are, of course, above stolen land. The newly named Yatir Forest, fully funded by the JNF, is planted on top of Al-Attir village in Al-Naqab. The forest collaborates as an inaccessible piece of infrastructure, which helps Israel’s active campaign to move the people of Al-Attir deeper into the Naqab Desert, uses scarce water resources and displaces them from land historically fertile and terraced.

Palestinians protesting their displacement in Al-Naqab faced brutal aggression from Zionist forces, who deployed military vehicles, dog units, drones and bulldozers. HR 2748 is explicit diplomatic support for Israeli policies that catalyze the use of violent state and military force. In the case of HR 2748, the bill expressly describes Israeli environmentalism and technological developments as two means of stabilizing the region. The term stability in this case is aptly chosen, to imply peace, meaning the silence of Palestinian voices, protest and dissent in the face of Israel’s campaigns of ethnic cleansing.

Israel’s policy speaks for itself; the intent of Israel’s tech-washing, like green-washing, is not hard to pinpoint. The intention is to create cities, economies and landscapes that displace and dispossess Palestinians for good. It aims to normalize Israel’s presence in the landscape with impunity, at all costs.

In the era of a new round of Israeli normalization, we must expose Israel’s propaganda that aims to cover up the large-scale violence and human rights abuses against the Palestinian people.

Rawan Nabil, a Palestinian community organizer, writes: “In Palestine, colonialism often appears overtly and explicitly, as with the demolition and ethnic cleansing of Palestinian towns and neighborhoods like Sheikh Jarrah and Silwan. At the same time, Israel is deploying more subtle and sinister forms of erasure, attempting to replace the culture and geography of Palestine with a reimagined Zionist “homeland” so that even the land itself becomes physically unrecognizable to its native inhabitants.

In this moment, while witnessing constant ethnic cleansing, Congress has not held to account Israel’s crimes or called for an end to Israel’s expulsion and killing of the Palestinian people. . Instead, Democratic leaders dug in their heels this week to secure additional funding for the Israeli regime’s brutal violence. We must also take note of the new bipartisan caucus on the Abraham Accords as a signal that, while this round of legislation has been passed, the danger of a policy based on normalization persists and confronting such a policy head on must be a priority of the movement.

We have made tremendous progress in the Palestinian solidarity movement over the past 15 years. This marks another moment in this continuum where we are called upon to intensify our tactics, to intensify our demands for accountability from those in power and to develop our support and awareness of Palestinian efforts for self-determination, freedom and justice in the shadow of violence. Israeli colonialism and ethnic cleansing.

So where are the Palestinian voices in the mainstream media?

Mondoweiss covers the full picture of the struggle for justice in Palestine. Read by tens of thousands of people every month, our truth journalism is an essential counterweight to the propaganda that passes for news in mainstream and traditional media.

Our news and analysis are accessible to everyone, which is why we need your support. Please contribute so that we can continue to raise the voice of those who defend the rights of Palestinians to live in dignity and peace.

Today, Palestinians are fighting for their lives as the mainstream media turns away. Please support journalism that amplifies urgent voices calling for freedom and justice in Palestine.

Womb-Themed NFTs: Here’s What We Know