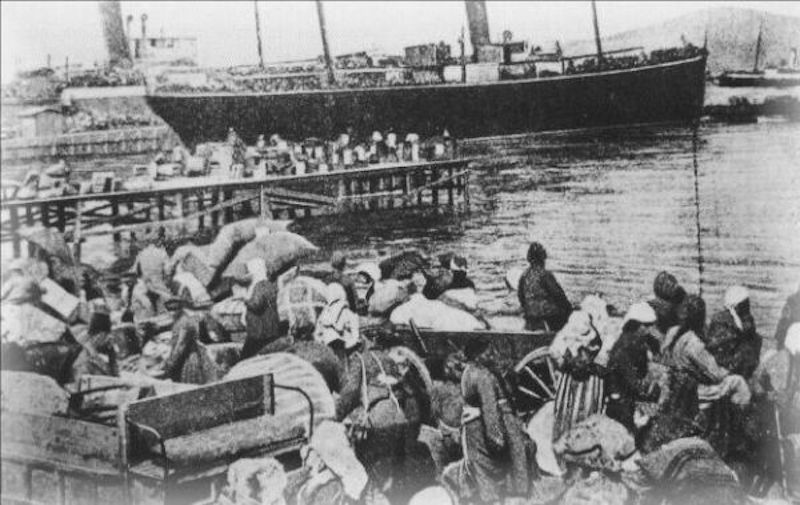 A virtual conference delves into the history and destruction of Smyrna

A virtual conference on the history and destruction of the great city of Smyrna in Asia Minor will take place next Tuesday.

Organized by College Year in Athens (CYA) and the Consulate General of Greece in Boston, the conference is a tribute to the city of Smyrna and the 100 years since its destruction.

Guest speaker Alexander Kitroeff, professor of history at Haverford College and CYA, and member of the CYA Academic Advisory Roundtable, will explain what Smyrna was like in the early 20th century, including what was so unique in this international Mediterranean port, and will review the events that caused the catastrophe in Asia Minor which led to the destruction of this cosmopolitan city in 1922.

College Year in Athens in partnership with HALC (Hellenic American Leadership Council), formed the CYA Hellenic Executive Program, which offers online educational seminars for anyone who is interested and wants to deepen their knowledge on all topics associated with Greece , from ancient civilization to modern civilization. -day development.

CYA is currently offering the third seminar titled Greece and the Challenges of Europeanization: 1936 – 2021, which follows the first two sessions offered in Spring 2021 (“The Emergence of the Modern Greek State”) and in the Fall 2021 (“Greece Enters the 20th Century”).

This six-session virtual seminar examines the history of Greece from the mid-20th century to the present day, a time when global and European trends as well as geopolitical developments in the Eastern Mediterranean have shaped the evolution of Greek society at the national level. .

The course is taught by Professor Alexander Kitroeff.

Kitroeff currently teaches a course at CYA that examines the broad American support for Greece during the 1821 revolution titled Americans and the Greek Revolution.

He is also the lead teacher for CYA’s Hellenic Executive Program, which offers online educational seminars for anyone who is interested and wants to learn more about all topics associated with Greece, from ancient civilization to modern development.

A cultural and educational bridge between the United States and Greece

CYA, acting as a cultural and educational bridge between the United States and Greece for nearly sixty years, offers exceptional academic programs (semester, year, winter and summer), virtual internships and Gap programs are also offered, which all embrace the dynamic experience of daily contact with the people, monuments and landscape of Greece.

Speaking recently to Greek journalist, Alexis Phylactopoulos, president of CYA, says the institution “brings people together and introduces Americans to Greece. A safe, stable country – a country with a lot to give to the world. »

Phylactopoulos is justifiably proud of what CYA has achieved over the decades of its existence. “After all these years, CYA has created 10,000 philhellenes.

“Nearly 300 of these students became professors, teaching subjects related to Greece,” he said. Greek journalist. He added that some of the CYA students who came to Greece to study ended up staying permanently in the country.

All of its programs are taught in English at the Athens-based International Center for Hellenic and Mediterranean Studies (DIKEMES), located next to the Kallimarmaro (Marble) Stadium and National Gardens in the heart of the city.

La Jolla Playhouse innovates theatrically with the musical “Bhangin’ It”