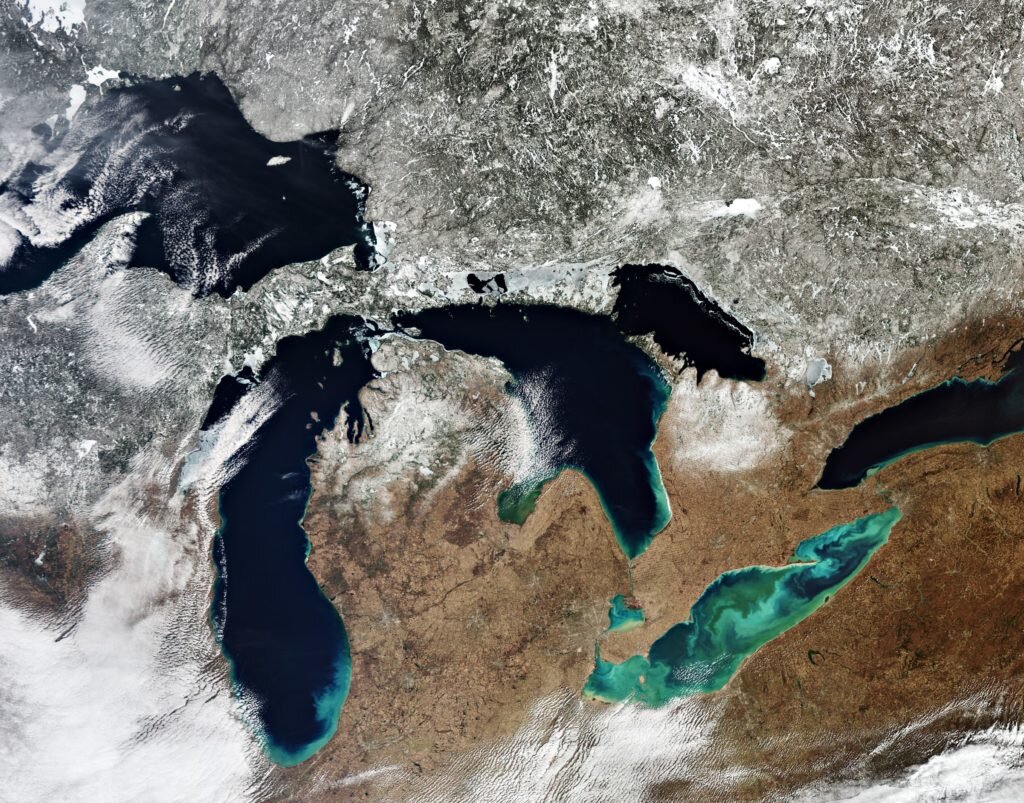 The world‘s largest lakes are hit by severe heat waves, when water temperatures well above normal, six times more often than about two decades ago, according to a new study. According to the new research, nearly all of the intense lake heat waves that have occurred in the past 20 years were due in part to climate change and could become between three and 25 times more likely by the end of the century.

A new study has analyzed more than two decades of surface temperature data from the world’s largest lakes to determine how often lake heat waves occur and modeled how much anthropogenic climate change has contributed to their occurrence. .

The researchers found that strong lake heat waves are twice as likely to occur, on average, as during a pre-industrial climate. Lake heat waves can alter water conditions, stress aquatic plants and animals, and lead to algal blooms and other water quality issues.

The study was published in the journal AGU Geophysical Research Letters. The study is the first to quantify the influence of anthropogenic (human-induced) climate change on lake heatwaves, providing a critical new perspective on how the world’s lakes are responding to global warming.

“What really stands out is the magnitude of the human contribution: Most of the intense lake heat waves we looked at had a large anthropogenic footprint,” said the study’s lead author, R. Iestyn Woolway, climatologist at the University of Bangor in Wales. Unlike humans, who can enter air conditioning or build an emergency shade, “there is no escape for aquatic organisms when exposed to these extreme temperatures,” he said.

“It’s a welcome addition to the attribution of anthropogenic impacts on lakes,” said Luke Grant, data scientist at the Vrije Universiteit Brussel, who was not involved in the study. “This fills a gap in evidence looking at the influence of temperature extremes on lakes.” The finding that most heat waves have some human influence, Grant added, is “striking.”

The increase in remote sensing data over the past decade has made studies like this possible, allowing scientists to move away from single-lake studies to tackle global-scale changes in ecosystems. similar, Woolway said. The researchers analyzed European Space Agency lake surface temperature data from 78 lakes large enough to sample temperatures from multiple points and covering the period from 1995 to 2019.

Woolway and his co-authors looked for lake heat waves of varying intensities, but limited their attribution analysis to “severe” or “extreme” heat waves.

Researchers paired historical temperature data with climate models from the Cross-Sector Impact Model Intercomparison Project, a large community-based effort to simulate lake responses to climate change, estimate how much human climate change has contributed to the heat waves observed in the lakes and to predict the frequency of heat waves will occur over the next century.

The researchers found that severe and extreme lake heat waves could be three times more likely at 1.5 degrees Celsius of global warming above pre-industrial temperatures, which was the target set under the Accord from Paris. In a 3 degree Celsius global warming scenario, as might occur this century with minimal reductions in greenhouse gas emissions, severe lake heat waves will be up to 25 times more likely, compared to the probability of these events in a pre-industrial climate. Anthropogenic contributions were also higher in tropical lakes, Woolway said, mirroring other studies that have found lower latitude regions bearing the brunt of climate change impacts.

“When we scale these findings up globally, the results could be much worse,” Woolway said.

Lake heat waves can harm ecosystems in several ways. For organisms that live in a tightly defined temperature regime, even small changes in water temperature can be a death sentence. Warmer waters also mean more evaporation and less mixing, as lake water stratifies with warm water above and cooler water trapped below. Both of these effects can mean less oxygen, which can stress lake dwellers like fish that need to breathe.

“The only way to deal with it is to reduce global warming. If temperatures continue to rise, lake heat waves will gradually worsen,” Woolway said.

This document is subject to copyright. Other than fair use for purposes of private study or research, no
any part may be reproduced without written permission. The content is provided for information only.