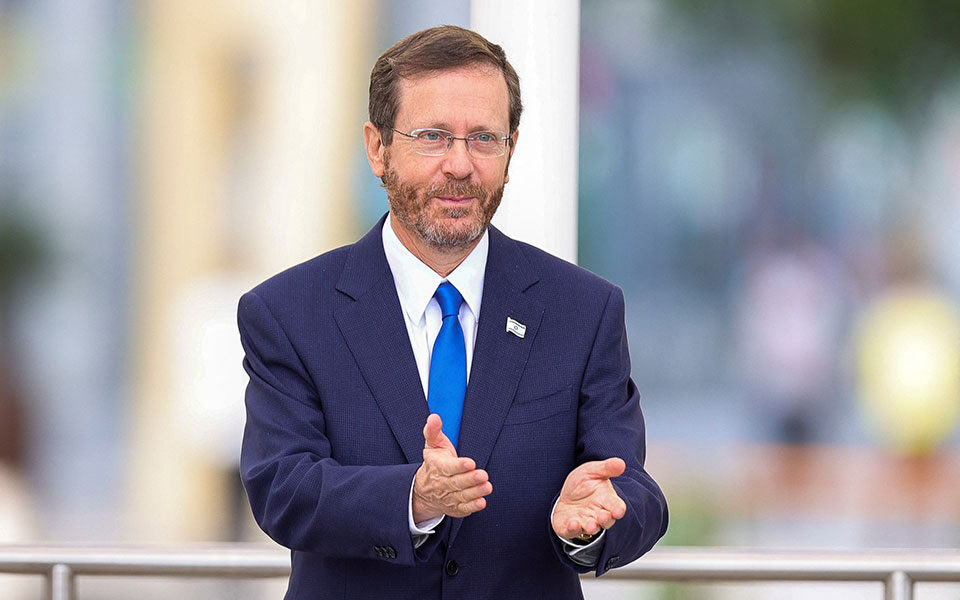 Greek-Israeli relations are at a very advanced stage, to the benefit of both countries. A gradual deepening should have started decades ago, but there is no point in dwelling on the past.

Presidents, prime ministers and governments come and go, but a strategic relationship is built steadily on both sides.

Israeli President Isaac Herzog is coming to Athens today and will travel to Nicosia next week. The choice to meet Greek and Cypriot leaders ahead of his scheduled talks with Recep Tayyip Erdogan in Ankara is deliberate.

The son of a former president, Herzog is a very experienced politician. He held several ministerial positions and was Leader of the Opposition for five years.

I met him in Athens two years ago and we talked for a long time. He understands Greek sensitivities and is in favor of strengthening bilateral and trilateral relations with Cyprus. At the time, he headed the Jewish Agency, the organization that coordinates cooperation with the powerful Jewish Diaspora.

“Our peoples share many things in common. Both of our nations have glorious histories and both of our Mediterranean nations have strong diaspora communities that maintain strong ties to their homelands. We have so much to learn from each other and I’m thrilled to see our bond getting stronger all the time,” he noted at one point, adding, “There’s a lot of love and appreciation between the two nations, and of course enormous respect for the wonderful history and culture of the Greek people.

Greek-Israeli cooperation is also supported by the United States, which considers it – beyond some isolated movements and unfortunate undocumented people who cause damage – as the key to the stability of the Eastern Mediterranean at the level. strategic.

As for the possibility that some improvement in Turkish-Israeli relations could emerge from the first visit to Ankara by an Israeli president in many years, Athens has stressed from the start that its strategic partnership with Jerusalem is not aimed at any third country.

After all, if Turkey stops making threats and chooses the path of well-meaning dialogue and cooperation, Athens will be the first to support Ankara’s closest possible relationship with the European Union and its equal participation in programs regional cooperation.

But that is obviously not possible with Turkey’s threat of war against Greece in effect and Ankara’s daily statements challenging the sovereignty of many Greek islands.

Coming back to today’s visit by the President of Israel, Athens sees it as another step towards deepening this special relationship between the two mature democracies in the region and the pillars of Western civilization, and it looks forward to continuing to work with its strategic partner Israel to strengthen regional stability.