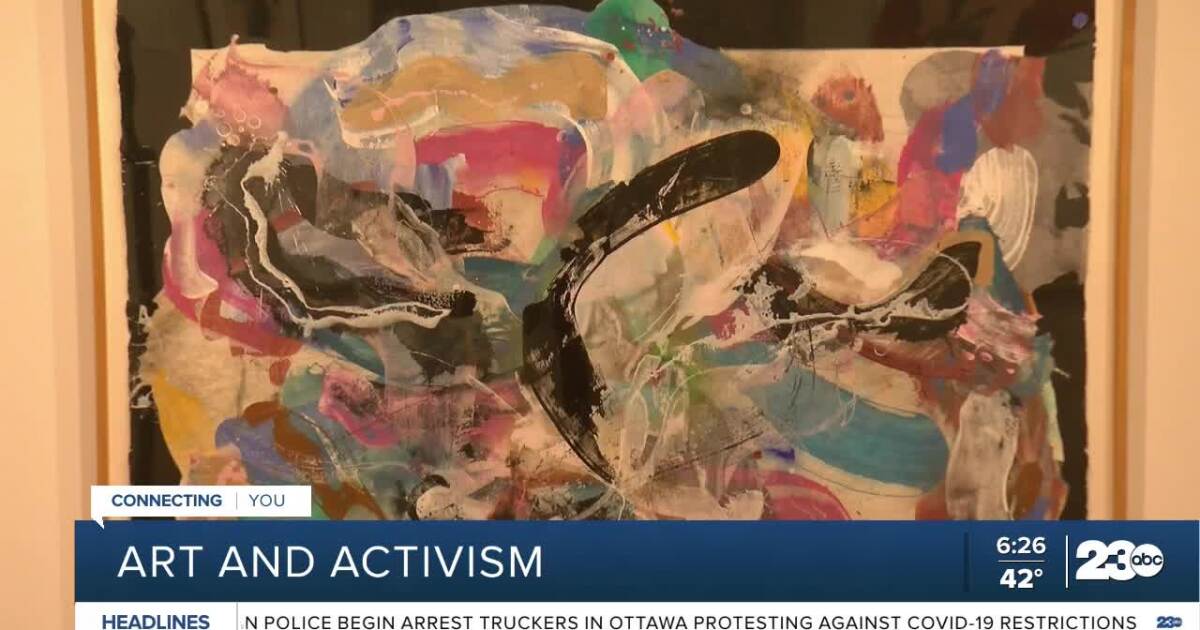 As our celebration of Black History Month continues, we take time to appreciate one of the many contributors to abstract art. not a thing. From his experience, he knew that was not the case. For Edwards, his artistic training began in the City of Angels.

“I just landed in LA on a revival,” Edwards said.

Edwards went from a segregated childhood in Houston to Los Angeles in the 1960s when the Civil Rights Act of 1964 had just been passed. It was the season of change.

He came to Crenshaw as an athlete, but the art world became his stage. Edwards’ friends were famous session players in Hollywood. His brother is a sculptor. Whenever Malcolm X and Muhammad Ali were in town, they made sure to hear them speak.

“I started to believe in possibilities that I had never believed in before. So when I started doing art, I knew that I was supposed to find my own techniques, my own vision. I had to prove myself if I had something to say,” Edwards said. I started using drawings using the stippling technique. Which means you have to take it slow, all the way.

After finding her artistic voice with the mentorship of Matsumi Kanemitsu and Emerson Woelffer, Edwards channeled her into activism, creating the Black Seminar at CalArts. He brought Charles White, James Earl Jones and Charles Lloyd as speakers.

“It was a small class, not very well established. He didn’t have the budget or the funding of other people [had], but with artists of this stature, it didn’t matter,” Edwards said. “When they heard there was an African American woodcarver, all the carvings in the building were there. I mean, there they were, packed at the guild.

Edwards’ art, like others in the Quinn family collection at the Bakersfield Museum of Art, (including a Basquiat) also attracted fans.

“We saw some of our highest numbers of visitors, in fact that’s why we extended this exhibit,” said Amy Smith, director of the Bakersfield Museum of Art. “In the last months that we have organized this exhibition, we have increased by at least 25%. I don’t know if it’s covid related, or because of the collection. Probably a combination of the two. But we will take it!

At 23ABC, we want to celebrate black art beyond Black History Month. That’s why we were thrilled to learn that the museum’s next exhibit is “From the Personal to the Political: A Tribute to the African-American Artist from Paulson Fontaine Press.” It opens April 28.