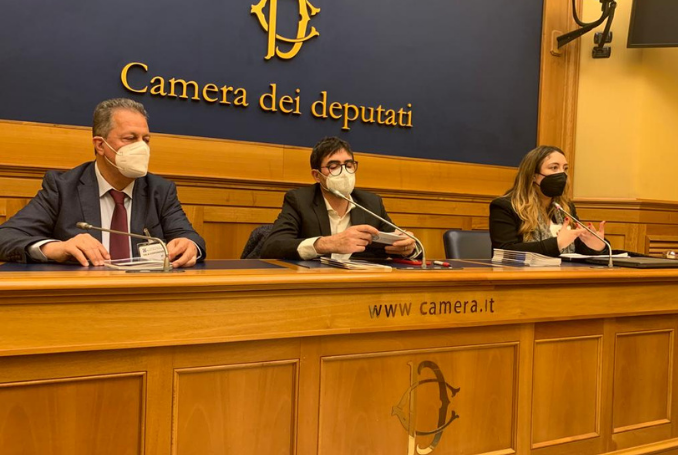 The Association of Europeans for Al-Quds held a press conference in the Italian Parliament on Thursday February 17 to present its report “Jerusalem 2021, Judaization triggers confrontation”.

The full report, published in Arabic, English and Italian, details Israeli human rights violations in Jerusalem throughout 2021 and exposes Israel’s attempt to reduce the Palestinian presence in the city and facilitate a process of judaization.

Piras said that “European civilization is based on the values ​​of promoting and defending human rights and that double standards in the case of Israel are unacceptable”, especially since we are witnessing a daily reality of abuse and violation of international law.

Rubeo explained how “the ethnic cleansing of the Palestinian population is not a random choice, but rather the result of a process of demographic engineering and a precise strategy, which the Israeli historian Ilan Pappé calls ‘incremental genocide ‘”.

While detailing Israeli violations in East Jerusalem, the occupied territories and Gaza, Rubeo called for decisive action by the Italian parliament to comply with international law obligations and hold Israel accountable.

For his part, Hannoun referred to the different forms of Judaization, warning of the danger of “Israeli occupation policies and massive forced displacement operations”.

Hannoun also called on the United Nations, the international community and European Union countries “to put pressure on the Israeli occupation to stop its violations and protect the Palestinians”.

MP Fratoianni highlighted how Italy has traditionally supported Palestinian national liberation in the past and how this position has changed over the years.

“We cannot declare an equidistant policy,” Fratoianni said, adding that “if we don’t take sides, we are in fact taking the side of the oppressor.”

Fratoianni also declared his readiness to travel to Jerusalem with an Italian parliamentary delegation to assess the situation on the ground and submit a report to the Italian government, in order to promote and defend the rights of the Palestinian civilian population.

(The Chronicle of Palestine)