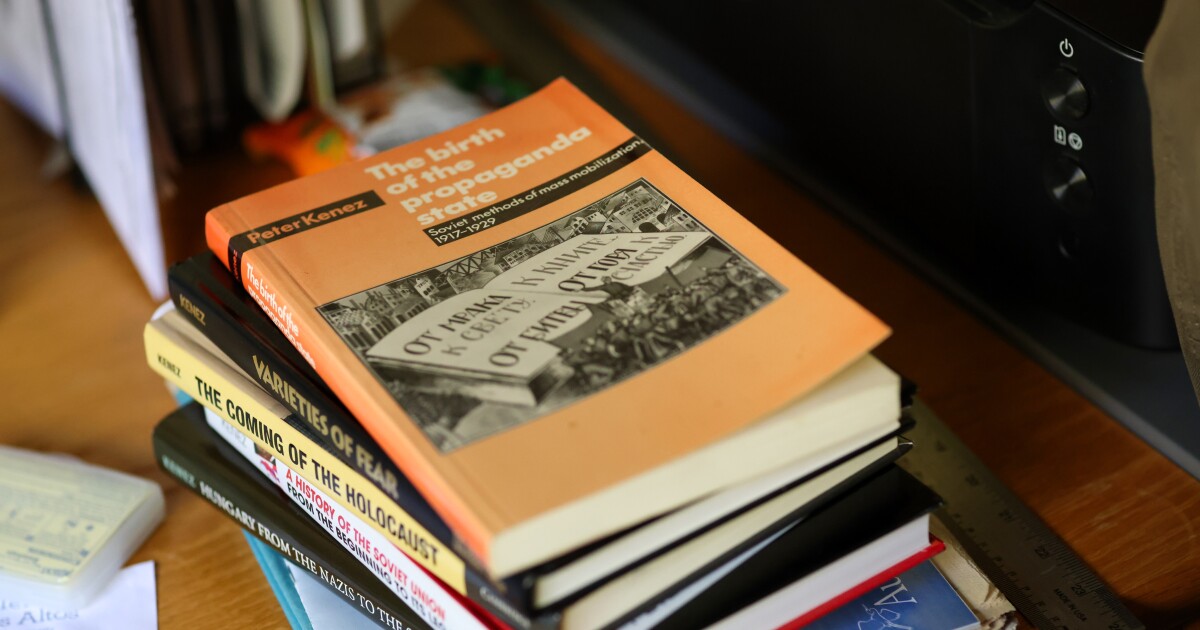 As the world‘s attention focuses on a menacing buildup of Russian troops in Central Europe, UC Santa Cruz historian Peter Kenez offers seven major, and some contrarian, points about the Ukrainian conflict.

Vladimir Putin, the President of the Russian Federation, is not a nice man.

He belongs to that unattractive group of leaders that includes Viktor Orban of Hungary, Jarosław Kaczynski of Poland, Recep Tayyip Erdogan of Turkey, Jair Bolsonaro of Brazil, Donald Trump of the United States, and sadly many others like him. They have in common a rejection of modernity and civilization in the name of an ill-defined populism and a desire to return to the “good old days”. Putin is an autocrat who has successfully defeated organized opposition. He had some of his enemies assassinated, whether in Russia or in exile. The Russian government is corrupt and has not done enough to develop the country’s economic potential.

This is the most important point: Ukraine is a state. But is it a nation?

People living in the eastern part (closer to Russia) may or may not consider themselves Ukrainians, but even if they do, they have a different history, different economic interests than their compatriots in the west (closer to Poland). Needless to say. If it weren’t for Putin, people in the west of the country would still not like those in the east. Stepan Bandera, who fought alongside the Nazis, is a hero in Galicia, western Ukraine, but he is an enemy of the people who sacrificed so much fighting the Nazis. It is no coincidence that between the collapse of the Soviet Union in 1991 and 2014, Ukrainians elected a president from the east and one from the west. Ukraine should be a federal state. The 2014 Minsk Agreement promised something similar, but it has not been acceptable to the current Ukrainian government. Viktor Yanukovych, who served from 2010 to 2014 and was a pro-Russian leader from the east, was corrupt. Yet he was legally elected and illegally removed from office, a purge in which US diplomats might have played a minor role. The presence of US diplomat Victoria Nuland in Kyiv in 2014 was noticed by some.

The Russian leaders, whatever one thinks of them, did not engage in enterprises which they did not know how to put an end to; in this respect they are different from American politicians.

It is true that Soviet soldiers suffered a defeat in Afghanistan, but they went there to defend a friendly government fighting the Taliban, which was happily supported by the United States. It seems unlikely to me that the Russians would enter Ukraine without having a clear idea of ​​what they were going to do next. Ukraine cannot simply be occupied by Russian forces. Why are Russian troops surrounding Ukraine? I dunno.

It should be an obligation for leaders of hostile governments to at least try to understand what the world looks like from the other side. “We know that Ukraine could not threaten Russia.” “We know that NATO is a defensive alliance.” These oft-repeated Western proposals may sound different if you’re a member of the Russian government. Their point of view: to have Western guns in countries like Poland, like Ukraine, by people who for some reason really hate Russians, may seem like a provocation.

It is unlikely that the Germans and French will admit Ukraine into NATO in the foreseeable future.

Why not say that in the present circumstances Ukraine does not want or cannot become a member? The reason we hear is not to reward countries with concessions for bad behavior: “We must not show weakness. Next time, the Russians will demand that the Baltic States join the Russian Federation. Oh good? Is this how diplomacy works? “Putin’s success will make him more dangerous.” Oh good? Is a weak Russia good for US interests? Couldn’t the Russians look elsewhere, for example in China, for friends?

Do the sanctions work?

I can imagine you telling your child that if he misbehaves, he won’t be allowed to watch television. And the threat would make an impression. But are there examples where sovereign states have changed their behavior following the threat of sanctions? If not, then what’s the point? It might comfort us to know that we have punished the wicked. Is this the goal?

Russia has been part of the European world since the 18th century. He is part of this world today.

Ideally, the task should be to integrate Russia into the center of Europe. If we help Russia develop an affluent middle class, members of that class may demand a more democratic government than they have now. A prosperous Russia is more likely to be an ally of the United States than a poor and humiliated Russia.

The Ukrainian conflict: Wars are moving from the Middle East to Europe for the first time since World War II. A “western defense line” is being built from the Baltic to the Aegean region.