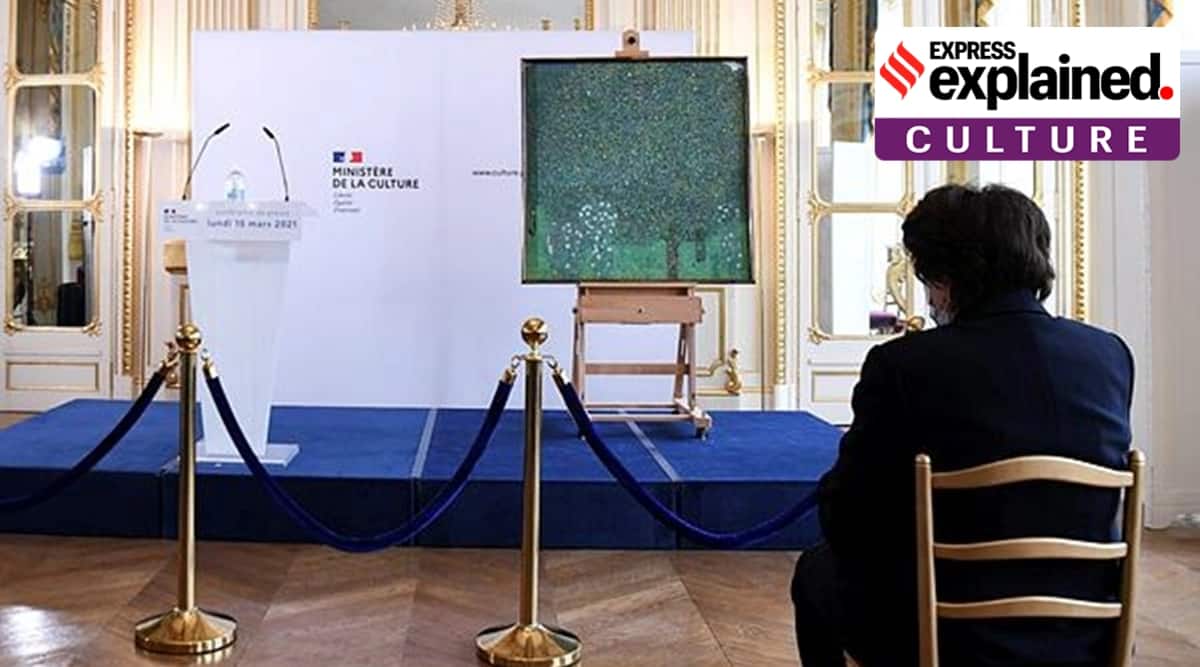 Klimt, Chagall and others: why France decided to give up part of its priceless art collection

Last week, the French National Assembly unanimously passed a bill approving the return of 15 works of art sold under duress or looted by the Nazis to their rightful Jewish owners.

The French government passed a provision last year to return confiscated and stolen assets to people in their country of origin.

The works that will be restored are currently in five different locations in France, including the Louvre and the Musée d’Orsay in Paris.

On the list are The Father by Marc Chagall, which is in the collection of the Center Pompidou, and the Austrian master Gustav Klimt’s oil painting Roses under the Trees, which is in the Musée d’Orsay. The Klimt will be returned to the family of its original owner Eleonore Stiasny, a niece of Austrian Jewish collector Viktor Zuckerkandl.

Twelve of the 15 works included in the bill are part of the Armand Dorville collection. The Franco-Jewish lawyer and collector fled Paris during World War II after the city fell to Nazi occupation.

Dorville’s art and literature collection was auctioned off after his death in 1942. The collector’s descendants engaged in a legal battle with the French government for the restitution of 21 works of art.

According to a report by the Task Force on the Pillage of Jews in France, set up by the French government in 1997, around 1 lakh of works of art were looted in France during the war.

The government wanted to

The restitution is part of the directed efforts of the French Ministry of Culture to identify works seized from Jews by the Nazis that are in its institutions.

French Culture Minister Roselyne Bachelot called the bill historic. She was quoted as saying, “This is the first time since the post-war period that the government has shown a legal commitment to the return of pieces from public collections.”

The French Senate is expected to approve the bill on February 15.

Last year, the Ministry of Culture announced that four works by artists Georges Michel, Paul Delaroche, Auguste Hesse and Jules-Jacques Veyrassat would be returned to their rightful owners.

Previously, in 2013, France had returned to their rightful owner, a grandson of Richard Neumann, an Austrian Jew who had fled to France to escape the Nazis.

In November 2021, President Emmanuel Macron received his counterpart from the former French colony of Benin, President Patrice Talon, to formalize an agreement for the return of 26 works of art taken from the Royal Palaces of Abomey in 1892.