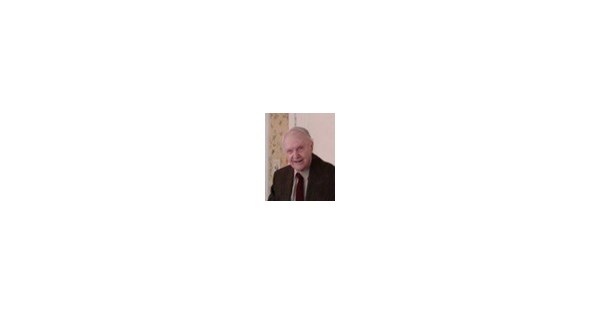 Robert Arthur Kavelman (“Bob”), died Wednesday, January 19, 2022 at Ascension Living, Borgess Place Nursing Home in Kalamazoo, three months shy of his 97th birthday. He was born on April 20, 1925 in Detroit, Michigan, the only child of Arthur and Kathryn Kavelman.
Bob sang in his Lutheran Church Boys Choir and attended Cass Tech High School in Detroit. Musically gifted, he had a perfect ear and enjoyed surprising people when he showed them how he could decipher and sing any of the four parts of a church hymn. As a teenager, he also performed in swing dance groups.
In 1943 Bob enlisted in the Army Airforce (AAF, now called Air Force), where he played in the Air Force Jazz Band. At the time, its bandleader had recruited the best orchestra musicians coupled with the best swing dance band musicians. Bob was among the youngest members of the AAF band and enjoyed playing for the troops and learning radio transmission. The day he was supposed to fly to Germany in a bomber, the war ended.
After his service in World War II, Bob studied music at Western Michigan University. During his college years, he played trombone in the Kalamazoo Symphony Orchestra, where he met his future wife, cellist Elizabeth Ann Arink (“Billie”), who predeceased him in 2020 as they approached their 71st birthday. wedding anniversary. He is survived by two daughters, Holly Barnhart of Kalamazoo and Buff Kavelman of New York.
Bob continued his education and earned a dual master’s degree in music history and performance at the University of Michigan, where he later earned his Ed.D. Bob was very proud to have been one of the main assistants to U of M Marching Band Leader William Revelli and to play trombone in the marching band at every football game. He was a dedicated all-sports fan of the U of M as well as the Detroit Tigers.
Of all the professional roles in his life, Bob most enjoyed his work as a jazz and classical musician, bandleader, music historian and educator, from his first job as a music director in Goodrich, Michigan , conducting choir, band and orchestral programs in San Diego, California and Livonia, Michigan. Many of his students stayed in touch with him for decades and credited him with inspiring their own musical careers. His most famous student was Frank Zappa, who was in one of Bob’s bands at Mission Bay High School in San Diego and met with him weekly to discuss music theory and their favorite songs. Bob also played jazz trombone with the Brubeck family in Southern California.
In an effort to pursue a better paying career to support a new family, Bob briefly explored a career as an aircraft designer. In the 1950s, this industry was booming in California and recruiting new designers based on an aptitude test. Bob performed better than the engineers who took the test with him, so he was hired. After a few years, he realized that he missed his work as an educator and returned to it.
In the 1960s, Bob joined the founding team of educators that started California’s famous community college system that became a model across the country. It was based at Foothill College in Los Altos, Hills California, considered one of the finest and most successful community colleges in the United States. While working full-time at Foothill as a counselor to first-generation students, Bob completed his dissertation to earn his Ed.D. in Michigan. Every summer during this time, the family traveled back and forth across the country between California and Michigan so he could meet with his advisers.
After completing his doctorate, Bob became dean of students and helped start community colleges in Burlington County, New Jersey and Lorain County, Ohio. President Obama held a town hall on the campus of Lorain County Community College in 2010, citing him as a role model for the nation. Bob also worked as a college counselor and music teacher at Nazareth and Mercy Colleges in Michigan.
Throughout his long life, Bob fought for social justice. He believed in helping others and doing what he could to make the world a better place. He was actively involved in civic affairs as a volunteer and inspired his family to do the same. He enjoyed his membership in the Kiwanis Club of Kalamazoo and served on the board of the Friends of Kalamazoo Public Library. He loved life, learning, people, and sharing conversations about his passions, which included the Bible, ancient history, Bach, his students, his beloved Black Walnut, and all of life’s adventures.
Private family services will take place at Langeland Family Funeral Homes when public health guidelines make it safer. Memorial donations may be made to the National Ataxia Foundation or the Kalamazoo Symphony.