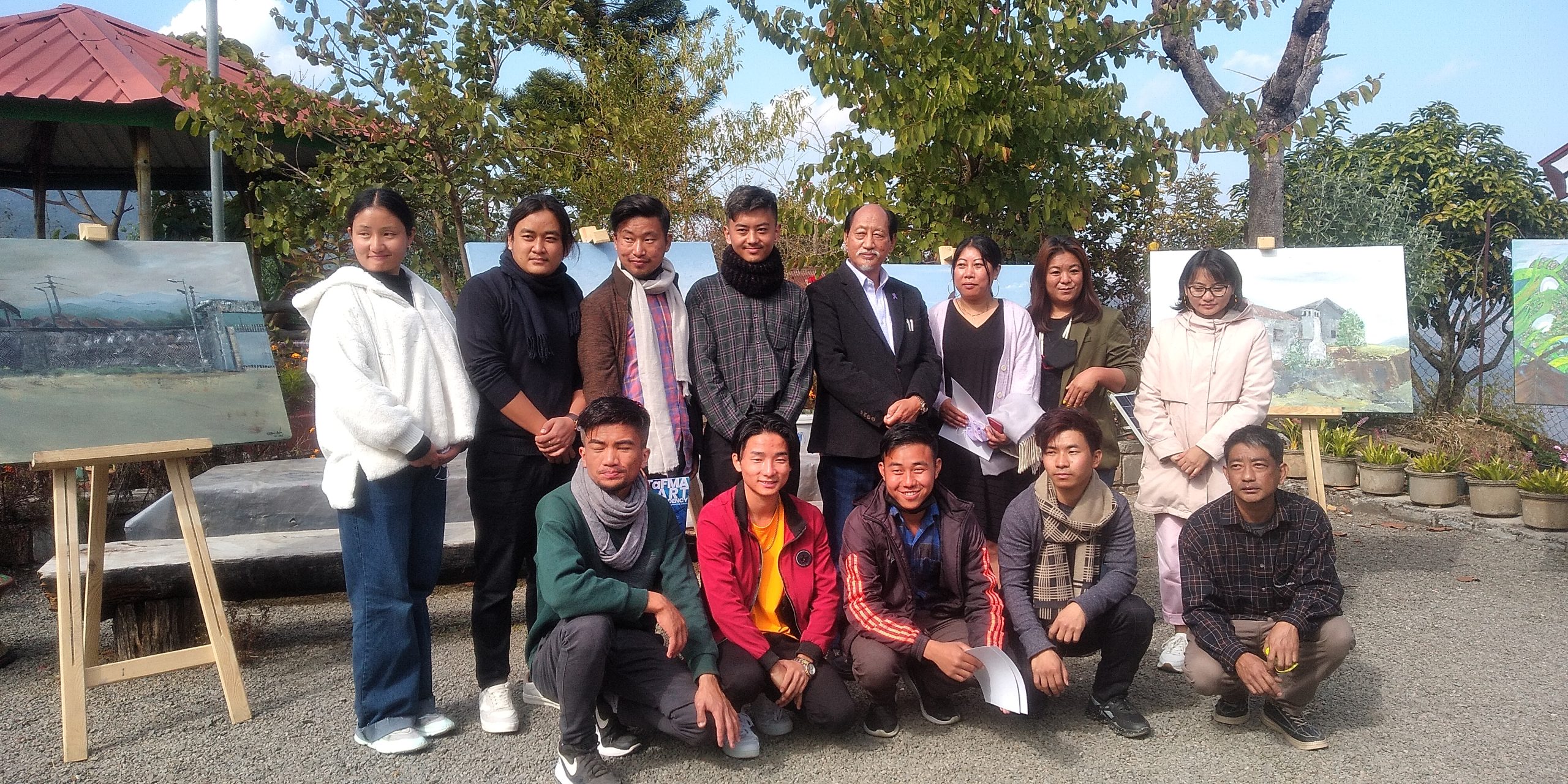 Tuophema, Kohima: Chief Minister of Nagaland Neiphiu Rio Saturday emphasized the need to protect and preserve the rich culture and tradition of the Nagas through art and music.

Addressing artists and students during the farewell function of the artistic residency program organized by the Task Force for Music and the Arts (TaFMA) at Tuophema village in Kohima district, Rio said the Art has many forms and the expressions of life are shown through art.

The Chief Minister said that Nagaland is a land with many tribes, with each tribe having its own culture and language. As Nagaland is a beautiful state rich in culture and tradition, Naga culture should be protected and preserved.

As he emphasized that human life is an art and each person is a character, he said that to be a good artist is to be a good human.

Rio also expressed concern about how Naga society experiences fragmentation. While the Naga political question remains unresolved, there is also a demand for a separate state even within Nagaland and demands for separate districts from the current districts, he added.

In this regard, he said the demands are “endless” and sometimes “unreasonable”. He continues to challenge young Naga to live positively, advising them to find a way to live and survive, while protecting Naga culture and tradition.

While Rio encouraged artists to continue their work, he told artists to learn the art of exchanging their work. He said the prices offered by artists should be reasonable and compelling to consumers.

In addition, Rio commended the Naga artists and students who participated in the first-ever art residency at the tourist village of Tuophema Village, which was inaugurated by the Chief Minister of Nagaland, Dr. SC Jamir in 2001.

TaFMA Advisor Theja Meru informed that 12 TaFMA member artists and 21 students from two schools in Tuophema participated in the art residency. During this period, the artists conducted art classes for students and organized an art competition.

Adviser to the Chief Minister of Nagaland, Abu Metha, explained how the art residency brought together master artists from across Nagaland in one place, with artists able to do what they do best while drawing inspiration each other.

Hoping that the new year will describe many success stories for artists, he said artists, who are storytellers, can influence minds and shape public opinion.

With works of art reaching every corner of the world, he encouraged artists to let their minds run wild and tell stories of Nagaland through their art.

Both Meru and Metha thanked the Chief Minister for his support for the initiative. The 5-day art residency ended on Saturday with an art exhibition that featured the works of the 12 shortlisted artists.