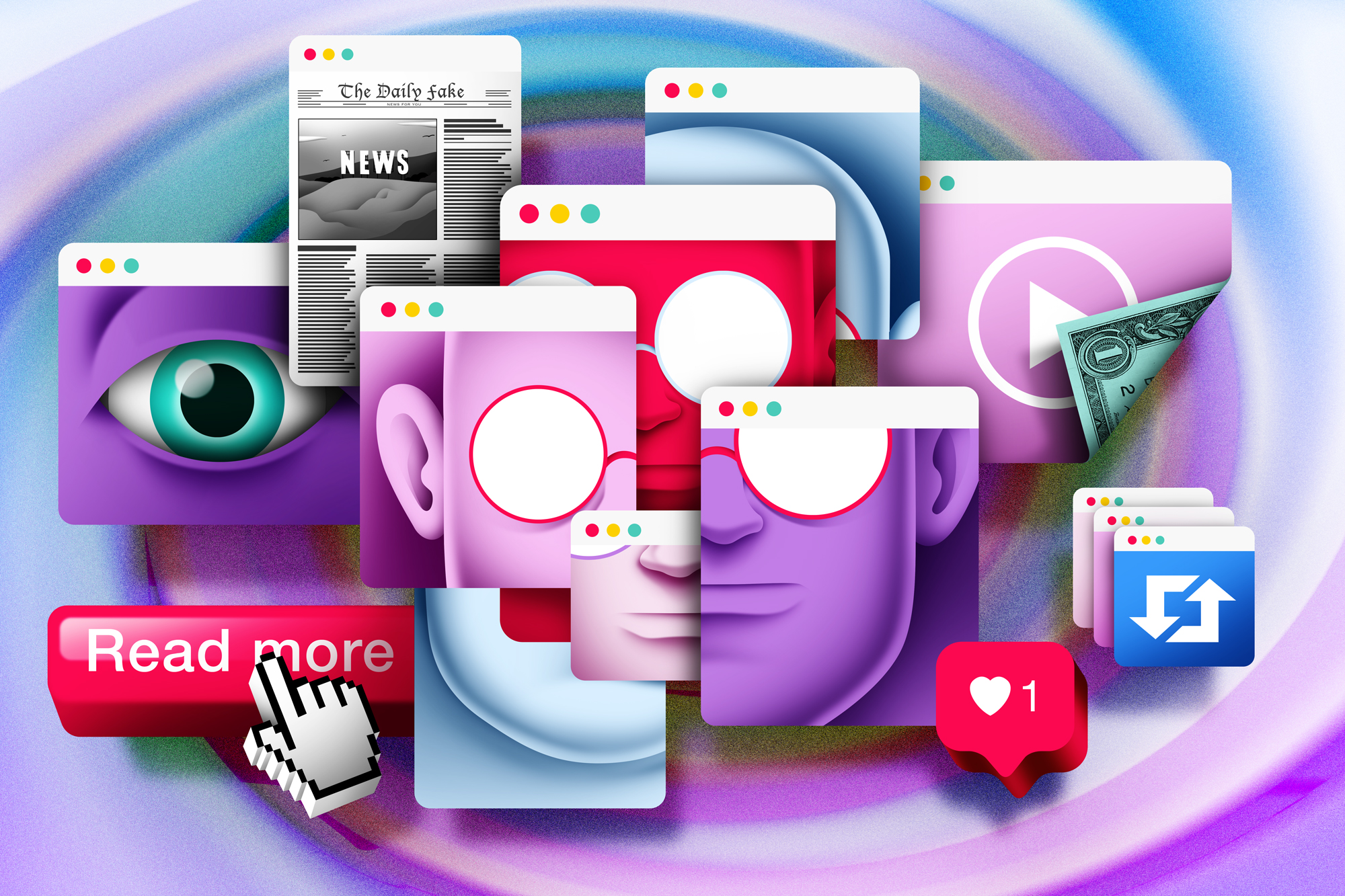 Colbert I. King is a Pulitzer Prize-winning columnist for The Washington Post.

It is quite difficult to determine with certainty what the media landscape will look like in a few months, let alone in 15 years. But if the current trajectory is any indication, we in the news media are well on our way to becoming a mainstay of the entertainment industry. As with showbiz, Hollywood, and theatrical entertainment providers, the news media has slipped into overdrive to find ways to make us more interesting to read and watch. And we do it because we face the same fate as Broadway, the circus and the concert stage: without audience engagement, we, like them, are nothing.

Meeting this challenge of growing readership and viewership, driving more and more visits to our news sites, engaging and retaining traffic, keeping the lights on and paying the bills brings us , and this is where it hurts, to become less news carriers – presenting unbiased and reliable reports whenever possible – and more peddlers and peddlers who sell and promote selective products to appeal to the consuming public by our side.

For more than 30 years, I have been engaged in advocacy journalism as an editorial writer and columnist. I spent those years working for the Washington Post, an independent, commercial publication that aims to produce objective journalism. I am not a disinterested observer. I get paid to say what I think. I promote ideas and causes, and criticize those I don’t like, with compelling arguments for and against both.

But some time ago, the wall of journalism separating advocacy from objectivity was broken down. Today, as we speak, the “who, what, where and when” of storytelling with an added mix of “how and why” has given way to the outright selling of carefully tailored stories designed to appeal to targeted audiences, told by knowledgeable journalists. detached from the facts.

Over the next 15 years, this transformative medium with pleasing new bells and whistles, will likely find commercial success in the entertainment world – but, I fear, with truth and trust as collateral damage.

out of the dark ages

Eli Pariser is the author of “The Filter Bubble” and co-director of New_Public, an incubator of public digital spaces.

We have indeed entered an era of media divide, and in the years to come, this trend will only accelerate. The information-rich will become more information-rich, but those without the appetite or the funds to access closed digital communities will inhabit a vast wasteland of viral lies, propaganda and conflict. Our attention will be magnetically drawn to nationalized conflicts and viral upheavals that most people cannot influence, fostering a sense of helplessness and alienation.

But by 2037, thanks to a new generation of visionary public entrepreneurs, we will have emerged from this dark era of media towards a more integrated and people-sized media landscape.

Today we see the first shoots of this growing movement. Local nonprofit journalism begins its renaissance after the crash: Report for America, which places reporters in local newspapers across the country, is growing tremendously, as is LION, a kind of guild for small local news companies . Social science research demonstrates how essential local media are to the health of democracies, not just because they keep people informed, but because they provide a realm of influence that most people can access and engaging successfully – which in turn builds trust and faith in democracy itself.

Alongside this local journalistic renaissance, a new group of digital community entrepreneurs, including my team at New_Public, are beginning to ask how do we do for community building what these groups do for content: how could we create public digital spaces that serve people, pluralism, democracy and social cohesion, rather than advertisers and venture capitalists?

The idea that we can scale new kinds of public service social institutions in just 15 years may seem fanciful, but it’s a move Americans have made time and time again throughout our history for periods of stress and social fracture. When industrialization arrived, we invented public parks. When a new middle class was born, libraries and public high schools and colleges were invented. Now that public conversation is moving into the digital age, we can invent the public institutions that will make it constructive.

We already know how to create contextual and thriving public spaces, because we’ve done it before in the physical world. Our media need not be dystopian if we start building a better digital future now.

Kristen Hare works for the Poynter Institute, where she covers local news and teaches local journalists the essential skills they need to adapt to the changing media landscape.

Here’s the best-case scenario: By 2037, we won’t just have a local news renaissance, we’ll have reform. The coronavirus pandemic has accelerated layoffs and closures. And it will help inspire a new generation of local news entrepreneurs who will stop trying to make the newspaper a product of the Internet and start serving communities and audiences wherever they are. Local newsrooms will open across the country in Black, Latino, Indigenous and immigrant communities that are rarely covered or considered. There will be a vibrant network of local newsrooms covering climate change and rural communities. And the legacy newsrooms that have survived all of this, including corporate ownership, will finally stop chasing clicks, scale, and Facebook and put their energy into helping people understand where they live.

Here is the worst-case scenario: by 2037, the only newspapers still in production will be national. The space occupied by local newsrooms will mostly be taken up by national networks of partisan sites, making it hard for people to know where their news comes from and easy to get mad at the “others”. National newsrooms will establish offices in cities across the country, but this work will not connect locally.

In the first, the effect on our public life is not just renewed surveillance journalism of local institutions, but community journalism that reminds people of what we have in common. In the second, we are more divided than ever. Both predictions are optimistic and pessimistic at my best, and we’re already seeing signs that both are possible – look at the more than 70 newsrooms that have launched during the pandemic. And watch the spread of pink slime news sites.

Whether we get to the first or second scenario depends on how many people and institutions value local news and who does, from citizens to philanthropies to local institutions to the federal government to national news itself. .

David Folkenflik is the media correspondent for NPR News and the author of “Murdoch’s World: The Last of the Old Media Empires.”

It’s a fool’s game to predict anything with confidence.

So let’s see what seems likely and what is possible.

By 2037, the media landscape will undoubtedly accelerate the trends we have already witnessed: strong national brands triumph in reaching out to elite, wealthy and older Americans. Private investors sorted through local newspapers and sold them for scrap. Local television stations are nationalized, providing centralized coverage with local segments focusing on dystopian weather events and high-profile crime incidents.

Someone who reads an old printed magazine is actually attending an event, planned, prepared, paid for, as rare as an evening at the opera.

Nothing is predestined. And languid resignation is just plain boring. A generation of journalists and news entrepreneurs has surfaced that does not remember a time when local media ensured immense wealth. Many approach the industry with creativity and zeal.

A look back at the early 2020s reminds us of determined innovators: insightful owners emerged in Boston, Charleston, South Carolina, Los Angeles, Minneapolis and elsewhere to reshape local media, establishing it both viable and vital.

Civic leaders in Baltimore, Chicago, Memphis, Tenn., Oakland, Calif., and Long Beach, Calif., among other cities, made big equity or sweat equity bets — or both — to cover the texture of local life in a way that was recognized by the people who lived there.

New authoritative sites have surfaced with rigorous reporting on specific areas, such as education, criminal justice, public health, and other topics that don’t typically generate clicks or subscriptions.

Building on a mad quilt of disparate financial models, more sites must spring up to cover the topics of climate, democracy, alienation, addiction, and more, together delivering a disparate system of news.

Taken together, these sources of information would bring people together as part of larger communities, not just as interest groups or psychographies to present. They would build a journalism that treats people as citizens and neighbors, not just consumers. They would make journalism worth supporting for another 15 years – and beyond.