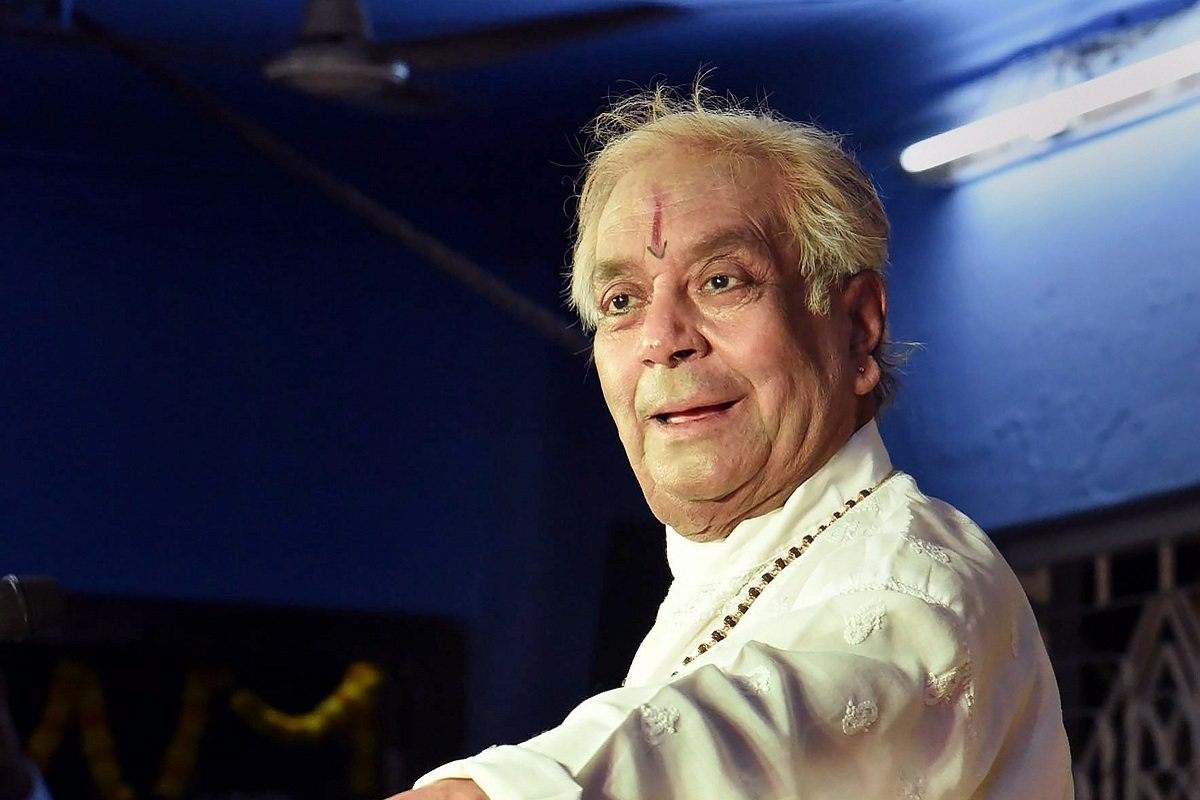 A recipient of the country’s second highest civilian honour, Padma Vibhushan, he was also a lifelong kathak guru as well as a talented Hindustani classical singer and percussionist.

Legendary kathak dancer Birju Maharaj died at his New Delhi home in the early hours of Monday January 17, his granddaughter has said. He would have been 84 next month. Maharaj-ji, as he was popularly known, died surrounded by his family and followers. They were playing antakshari after dinner when he suddenly fell ill, Ragini Maharaj told PTI.

The Kathak singer, one of India’s best-known artists, suffered from kidney disease and was on dialysis. He probably died of cardiac arrest, his granddaughter said. We immediately took him to the hospital but we couldn’t save him, she said.

Birju Maharaj was the son of Lucknow gharana representative Jagannath Maharaj better known as Acchan Maharaj whom he lost when he was only nine years old. His uncles were the renowned Shambhu Maharaj and Lacchu Maharaj. He taught at Shriram Bharatiya Kala Kendra and Sangeet Natak Akademi Kathak Kendra, both in Delhi, from where he retired as Principal in 1998.

A recipient of the country’s second highest civilian honour, Padma Vibhushan, he was also a lifelong kathak guru as well as a talented Hindustani classical singer and percussionist.

Moviegoers will remember him for the two period dance sequences in Satyajit Ray’s historical drama. Shatranj Ke Khiladi (for which he also sang) and for the track ‘Kaahe Chhed Mohe’ photographed on Madhuri Dixit in the 2002 version of Devdas.

Maharaj ji won the national prize for the choreography of “Unnai Kaanadhu Naan” in Kamal Haasan’s multilingual megahit Vishwaroopam and the Filmfare Awards for the Bajirao Mastani ‘Mohe Rang Do Laal’ number.

Expressing his sorrow at the death of legendary kathak dancer Birju Maharaj, Prime Minister Narendra Modi said his passing was an irreparable loss to the art world. He brought Indian dance special recognition around the world, Modi said in a tweet to offer his condolences.

Adnan Sami, one of the first artists to pay tribute to the dean of Kathak, said in a tweet: “Extremely saddened by the news of the passing of legendary Kathak dancer Pandit Birju Maharaj ji. We have lost an unprecedented institution in performing arts. He influenced many generations with his genius. May he rest in peace.”

Another early tribute came from Union Defense Minister Rajnath Singh, who tweeted: “Pandit Birju ji Maharaj was a dean of art and culture of India. He popularized the Lucknow gharana dance form of Kathak all over the world. loss to the performing arts world.”

John Ruskin knew everything from economic theory to classical myth