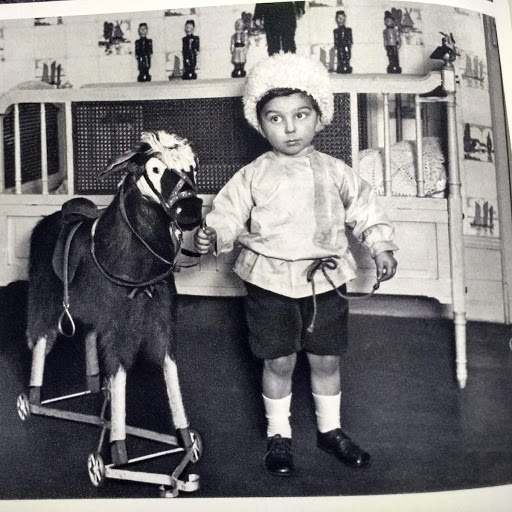 An anonymous comment, inspired by the summer festival workshop which excludes men:

This is a difficult article to write: there is clearly an imbalance in the profession, and we must fix it. I’m invariably on the waning end of almost all identity talk and I generally disapprove of most of what is posted here, but I think there’s a need to have this important conversation about how. I think in the future people will write doctorates on gender balance in driving as a microcosm of post-millennial social realignment, but for now I’m deliberately keeping the details as vague as possible …

I have to declare my interest and therefore probably my bias: I’m a young conductor – young enough to be considered a “young artist”, but in the real world I’m not that young. I’ve worked a bit in the US, a lot in Europe, but mostly in the UK, almost all of them with reputable orchestras and opera companies, either as a conductor or an assistant conductor. Maybe I’m not Dudamel, but I’ve always been busy and especially rehired by the people I work with. Orchestras love me, and I think, objectively, that I am quite good at my job, if not a high levelâ€¦ but I still have ambitions for the future. The last few years have been a real struggle, not only because of covid but also because of the politics that now govern the selection of conductors, especially in the UK and US – unless you don’t be a famous old man, and so one way or another. completely immune to all of this. As agents and employers told me over and over again that I was not “viable” for them due to the “political climate” and that it was “difficult to sell young male conductors”, I am struggling to advance in my career. The artistic director of one of the biggest orchestras in the world even told me that I would do a lot better if I was a womanâ€¦ and they were only half kidding. This question is an open secret. I probably did the best performance of my life with an orchestra with which I had such chemistry, but whose conduct has completely ignored me since; almost all of their communications now focus on diversity and inclusion, and they now have a role exclusively reserved for female conductors. I could list dozens of personal anecdotes about this, but personally I am now starting to have a hard time filling my calendar and wondering if there are any other jobs I can live on.

The flip side is that many female colleagues have been told ‘this is a great time to be a woman’ by managers and agents – I know many of them find this quite difficult to hear because I have had countless conversations about it. To the women who categorically deserve the opportunities they get, this is truly insulting.

However, it became quite difficult to watch these less able and less experienced female colleagues jumping on me and much more talented male chefs than me, making great debuts after great debuts. For generations, I’m sure there have been a lot of women who have felt the same about their male counterparts, and I think for the more conservative upper echelons of our profession that male advantage largely remains. For young conductors, however, I’m pretty sure that being a woman is the most valuable trait you can have to start building professional momentum. Some of these young women will turn out to be exceptional musicians, but my feeling is that disproportionately many could not yet be called competent (I know this finding will upset some). A few years later, I saw the careers of many of them start to slow down after being placed in situations for which they are not yet ready. Few of us mere mortals can progress with the speed of a Simon Rattle or a Klaus MÃ¤kelÃ¤, and neither should we, regardless of the pressures of the industry. Sadder still, it reinforces bad stereotypes about female conductors: Female orchestral musicians learn that young female conductors often do not have the level of skill it takes now for a conductor. male obtains an equivalent commitment. As a result, to put it bluntly, they are really giving them a hard time. This is based on anecdotal evidence, and I would love to hear from orchestral players if they have different experiences.

I know that some part of the people who read this will find me rather bitter and probably not a very good conductor. Can’t judge, but I think what I described above is not the way to fix classical music. So actually I’m really happy to see Dartington doing this. Courses like this are where affirmative action should occur, not in the profession. We understand this easily with other elite jobs: if you want great elite athletes or scientists from less represented groups you have to go to young people and train them (A LOT of them), don’t wait the educational outing to then push them to seniors. posts. To do this in the arts is to diminish the importance of what we do. Classes like this are a great way for young musicians to start. And finally, reserving some of these opportunities for young women, especially at the pre-conservatory level, might actually begin to solve the problem of representation in the profession – the pool of conservatory applicants will expand, and then, in turn, the pool of competent conductors available to orchestras. It’s a shame for young men who might miss out, but there are plenty of other opportunities out there at this point in their career as a conductor. It’s definitely a lot better than training, getting experience, making huge sacrifices to become good at what you do, only to then be brought down to the final stage entirely based on your gender. . As with any other job, if you have an experienced and knowledgeable team (as most orchestras are) you need an experienced and knowledgeable manager because otherwise the team cannot do their job. Once you’re in the real world, the genre shouldn’t go there. If we educate people correctly, gender equality will only be a by-product.