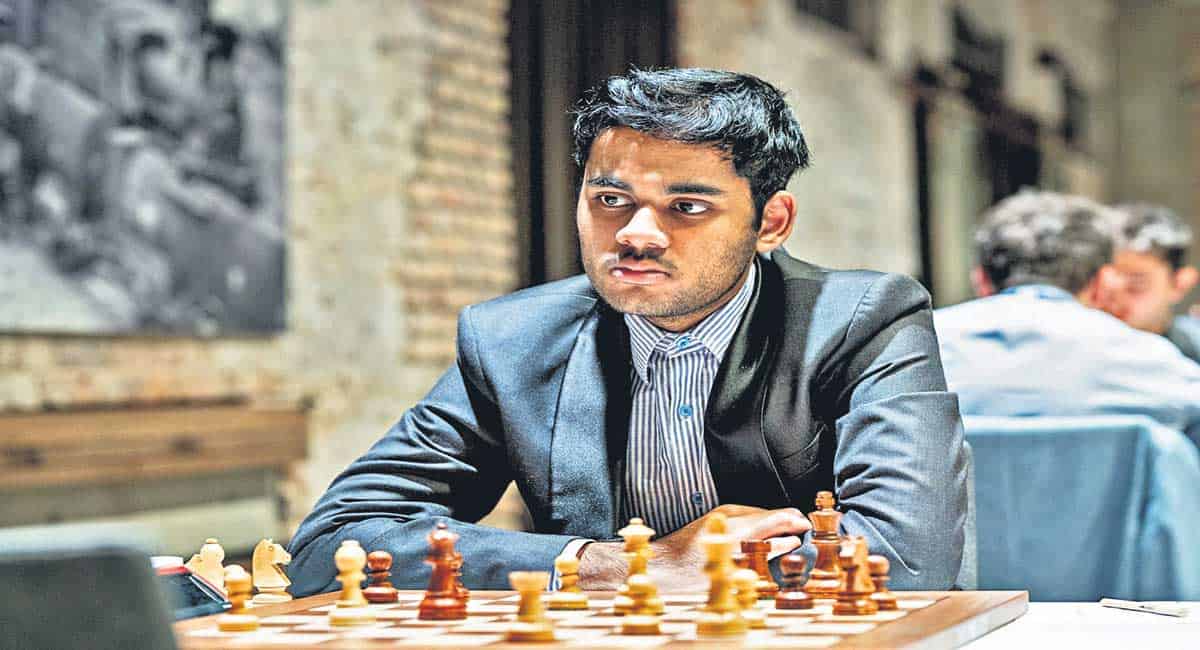 Hyderabad: Playing in his first World Blitz event, Telangana chess player Arjun Erigaisi finished in a credible 24th place in a peloton comprising the best players from around the world. The Warangal boy, who recently became India’s No.1 in blitz overtaking Viswanathan Anand, scored 12.5 points in 21 rounds. Considering the stiff competition, Arjun’s performance was impressive.

Arjun, 19, has played impressive draws with Magnus Carlsen, Levon Aronian, Daniil Dubov and Ian Nepomniachtchi. He was also in a good position with 11.5 points after 16 innings and was only 1.5 points behind leader Aronian. However, he slipped from there and suffered three losses – to Vachier-Lagrave, Firouzja and Kravtsiv – which hurt his chances.

He also revealed that his decision to take a draw offered by the World Championship contender Nepomniachtchi in the 17th round was a momentum breaker for him. â€œUntil the 16th round, I was fine. In the 17th round, Nepomniachtchi gave me a draw. I was mesmerized by that because he was such a big player and he gave me a draw. And I took it. But later I realized I was in an advantageous position against him. It was a great learning lesson for me. I then lost the next three laps and fumbled at the end. I also learned that I should not let previous performances affect me in the next matches, â€he explained.
Was he under pressure to participate in such a big tournament for the first time? â€œNo, I wanted to do my best and see how it goes. I didn’t think I was India’s No.1 and should be doing well. I wasn’t nervous either. I did pretty well for the best of the tournament, â€he said.

Arjun, who will be seen in action at the main event of the Tata Steel Chess tournament in the Netherlands from January 14, is aiming for 2,700 ranking points in the classic format. His current ranking points are 2,633.

â€œI want to do well in this tournament and I want to improve my ranking points. The goal is to reach 2,700 rating points by the first half of the year. I’m working on my openings, â€said Arjun, who is India’s No.8 and No.120 in the world in the classic format.