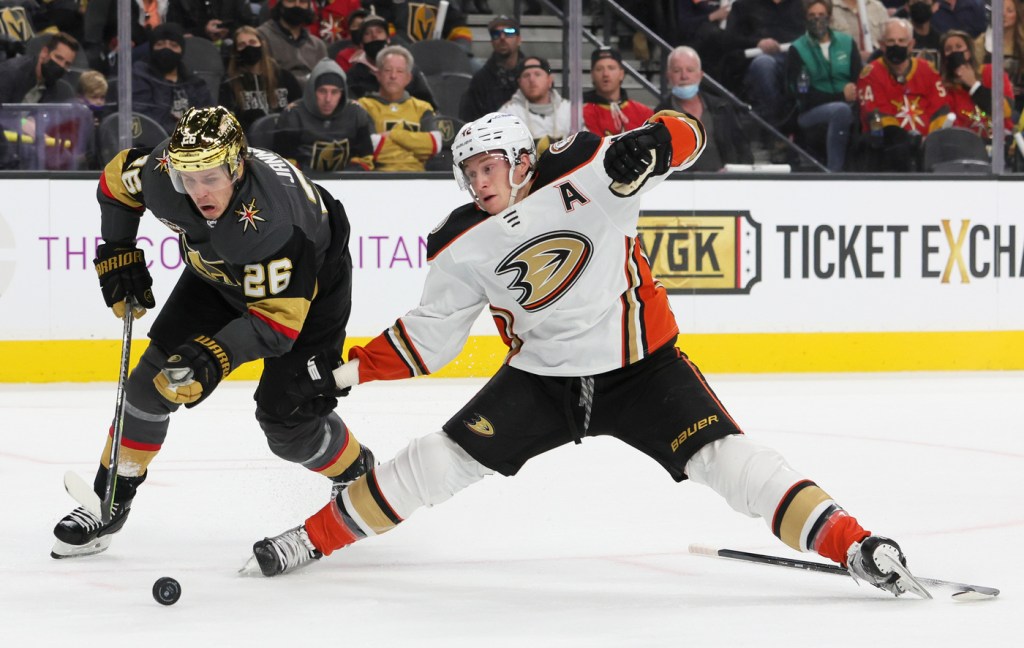 The Ducks did not compete in the Pacific Division first-place showdown, which fell short of the Vegas Golden Knights on Friday afternoon. The Ducks lost battles all around the ice and only John Gibson’s remarkable goalkeepers and powerful shots on goal kept them within striking distance.

Vegas controlled the game from start to finish and clinched a 3-1 victory over the visiting Ducks, maintaining their leading position in the division. The Ducks could have passed Vegas in the lead with a win, but they didn’t play with the sense of urgency or efficiency needed.

Nicolas Roy, Adam Brooks and Mattias Janmark scored for Vegas. Gibson fought off Janmark on a second period penalty shot, one of 42 saves he made. The Ducks’ penalty kill deprived the Golden Knights of six power play chances, including four in the first two periods.

Getzlaf tried to inject some life into his listless teammates, fighting fourth in line Keegan Kolesar with a ham fist after Kolesar opposed Getzlaf’s run to William Karlsson a few minutes earlier. Ducks executor Nicolas Deslauriers was then fined 10 minutes for biting with Michael Amadio.

Moments later, Sam Carrick knocked Amadio out onto the ice, triggering another skirmish featuring a fight between the Ducks’ Derek Grant and Brayden McNabb. It all preceded a rather questionable penalty shot awarded to Janmark after Josh Manson was judged to have held him back in a one-on-one battle.

None of the Vegas goals were works of art, but they came through hard work. Roy’s goal ricocheted off his shin as he won a battle for position ahead of Gibson. Brooks’ goal deflected his butt and passed Gibson. Janmark’s score came after a goal battle with William Carrier that pushed Gibson into his net.

The Ducks, however, refused to contest for interference with the goalie.

More to come on this story.