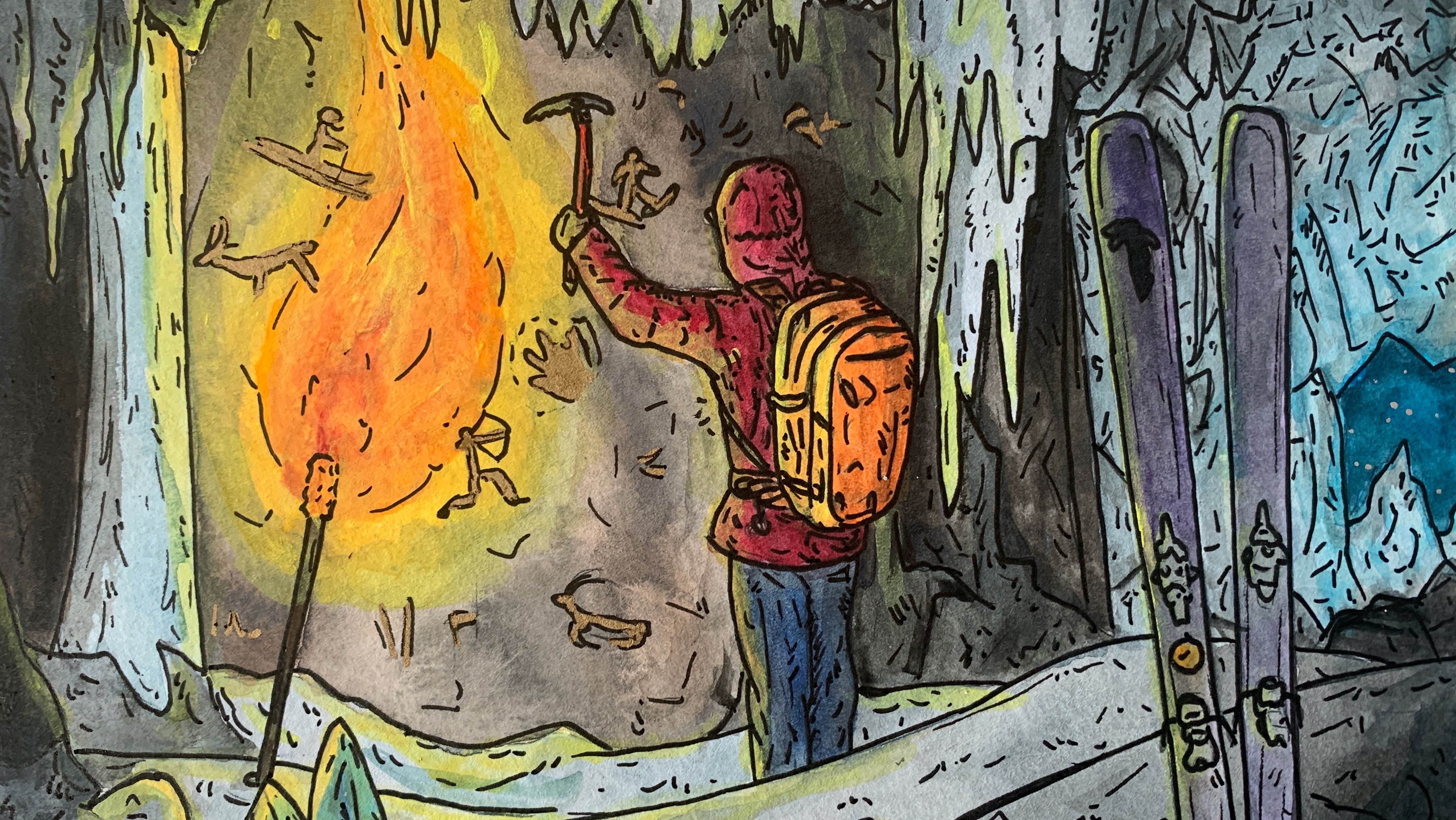 The more time I spend skiing, the more the learning process reminds me of a classic teaching idea called the â€œTriviumâ€. The Trivium is a learning environment that divides the pursuit of knowledge into three facets: grammar, logic and rhetoric. This distinction was established by Plato, but has continued to evolve throughout history and was particularly popular in the Middle Ages. While it might not be the most educational sound setting, it does provide an interesting lens to see the ski through.

In educational terms, the grammar stage of trivium is the time when young children are learning to use words. It is the foundation upon which all other knowledge is built. So that covers building a vocabulary of words, learning how to spell those words, and learning the rules that define how you can put them together in a sentence.

The logical step takes these words and phrases and builds on that foundation to teach students how to use them accurately. This is when they are taught to build a solid argument and identify a mistake. This is an essential part of the learning process as it creates a framework for knowing how and when to use the raw materials that the Grammar Stage instilled in us.

Finally, the rhetorical phase provides the tools and practice necessary to make these arguments and logical constructs acceptable. This is when students learn to present an argument that is not only true and correctly worded and spelled, but is also emotionally compelling. Rhetoric helps us build the bare bones of an argument sketched into a compelling message. He transforms a logical syllogism into speech.

I like to think of the results of these three stages in terms of Knowledge, Discernment and Wisdom. We build knowledge, we learn discernment to use that knowledge accurately, and then we learn the wisdom to present it beautifully.

And it’s very nice from an educational point of view, but what does that have to do with skiing?

Well, for a lot of people, skiing follows the same path. We start by learning what we are Assumed do, the techniques on which all skiing is built. We advance our weight, learn to make fries and pizza, learn to lean and initiate a turn. Once these foundations are built, we learn to use them together. We take the logical step by learning how to chain turns and determine where a plow is suitable and where it is not. We learn to adapt these fundamentals to different conditions and terrains. We take these raw factual fundamentals and develop an understanding of when to use which ones.

I’ve spent most of the last five seasons in this logical step, learning when I needed to make a turn and when I had enough room to pivot through a more traditional turn. Determine how to absorb a bump and work your way to the next trough, or when it was appropriate to move away from the highest point and reach a transition far down the hill. I knew what to do, but it still wasn’t natural, it wasn’t clean. I could ski difficult lines without skidding, but I had to stop and think before I fell into the choke. I was doing the right moves, but none of it was smooth, none of it was convincing. And I didn’t see a natural way to progress beyond that. I thought it was just a matter of trust, needing to ‘dump it and send it’ instead of thinking about every move I made in the mountains.

But halfway through last season, something started to happen. I found it easier to get out of my head and ski. I didn’t think through every turn I took, trying to make sure I could finish it without falling. Instead, I focused on initiating each turn in a smooth fashion, then pushing powerfully through the summit before moving on to the next. I’m not sure anyone watching me ski would have noticed, but I could smell it. I was focusing on the look and feel of my ski, not just the result. I was flirting with rhetoric.

If the rhetorical step has an exact analogy to skiing, it’s probably the idea of â€‹â€‹style. Style is what makes a trick or a turn special. It doesn’t change the fundamentals of a tip, or what that tip actually is. A 360 is a 360, whether it’s drawn and clunky, or smooth and stiff. But style is what makes a compelling skier. It’s the x factor that makes watching someone feel special or unique in one way or another. Some skiers are poetic in their style, dancing with the mountain with fluid grace. Some are aggressive, intense, like a fiery preature of renewal urging its audience. Others that we call robotic, often a sign that their fundamentals are solid, their execution is flawless, but there is no self-expression visible to us as an audience. Style is subjective, just like rhetoric, what one person finds convincing may seem squeaky and dishonest to another.

The learning curve offered by skiing is a big part of the draw. We develop the knowledge to operate my skis better, the discernment to understand which techniques are appropriate for given conditions and the wisdom to tie it all together into something compelling. This opportunity to grow in your lifetime, to be a different person through the way you ski, is one of the best parts of the sport.

But so often we only talk about it in layman’s terms of ‘progression’. And that progression is described as a one-dimensional fusion of going deeper, doing more complex tricks, and skiing more, more engaged terrain faster. But there is more to it. The progression can simply be to make your ski more convincing, more beautiful, more expressive. Progression can come from skiing the same trails you always have, at the same speed you always have. All it takes is putting a little more of yourself into those turns, focusing on the experiences beyond making sure your edges are in the right place.