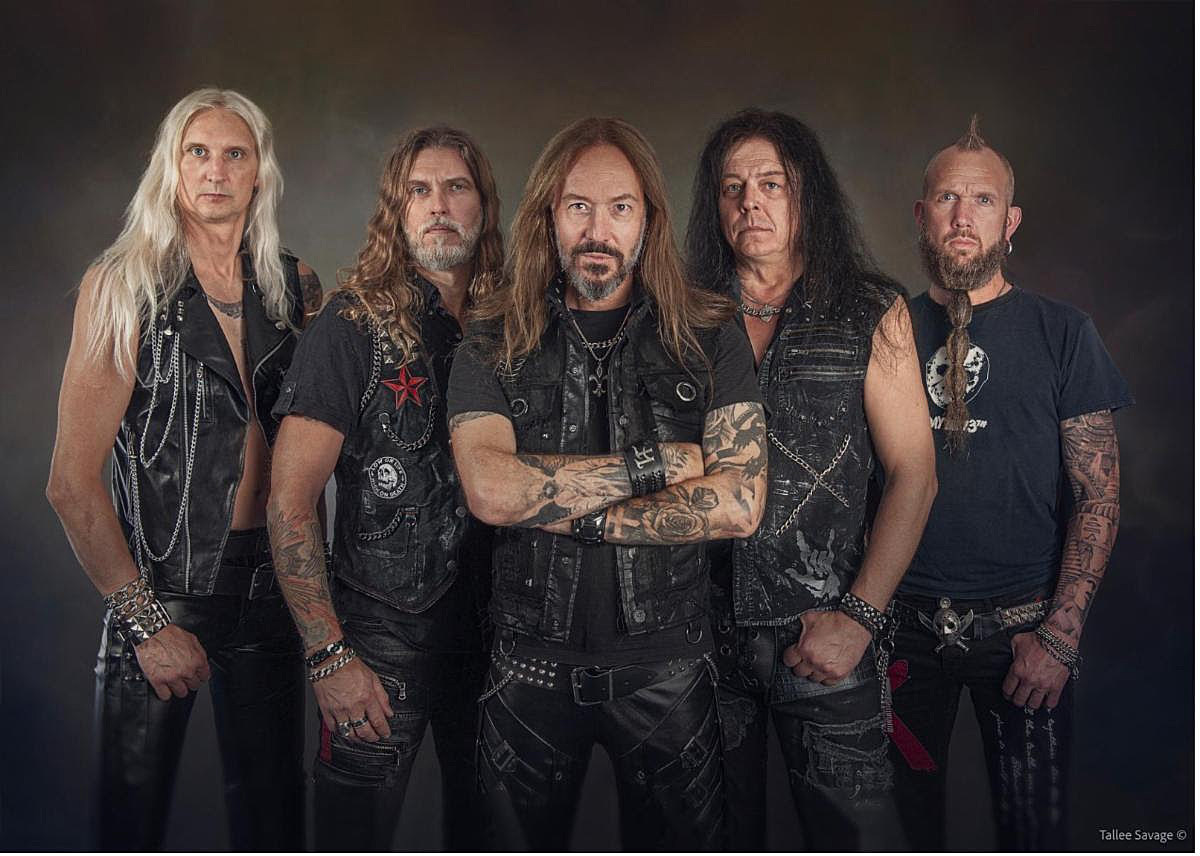 Swedish power metal veterans HammerFall put on Hammer of Dawn as the title of their 12th album, which will be released early next year. A clip for the title song has also just been released, and by the time the song is over, you will reach your best steel, ready to jump into battle and fight for honor and glory.

Watch the music video for “Hammer of Down” below and read the lyrics as well.

“The song itself was originally conceived in Germany on the ‘World Dominion’ tour, with the rest of the work being done at home,” guitarist Oscar Dronjak said of the new track. â€œI immediately knew it had the potential to be something big, and when Joacim added his vocal melodies we both felt like it would be the perfect single. One with substance and substance. power, but also one that you can’t stop singing when the music fades. “

Regarding the video, singer Joacim Cans commented: â€œWe already had the idea to shoot a video in the legendary Liseberg amusement park 20 years ago. But like any good bottle of champagne, this idea needed some attention. rest and mature before being put into action. And FUCK I’m glad we waited! With director Patric Ullaeus, we’ve created something unique and amazing that wows me every time I look at him. You can really tell we haven’t played together for almost two long, endless years. We’re as energetic as a pack of hungry wolves in the video, ready to shred and deliver the heavy gospel metal !”

Hammer of Dawn releases February 25 on Napalm Records and pre-orders can be placed here. Display the brilliant album art and full track list towards the bottom of the page.

HammerFall, lyrics to “Hammer of Dawn”

Once I was lost in the promised land
In search of the spark and the flame
A warrior soul, with a mighty zeal
The hammer next to me, a heart of steel

I can’t pretend, never let it go
Because everything has a price
What you did, what you put me through
Devils incarnate come for you

I’m the demon in your mind
I am the devil you know
No place to hide, so you better run
Or step into my showdown, justice be done

Spread your gospel, wrong and wrong
It’s time to read the writings on the wall
The wall

Now lift the hammer to the sky
It’s your time, live or let die
Under a thousand bright suns
Your final showdown has begun