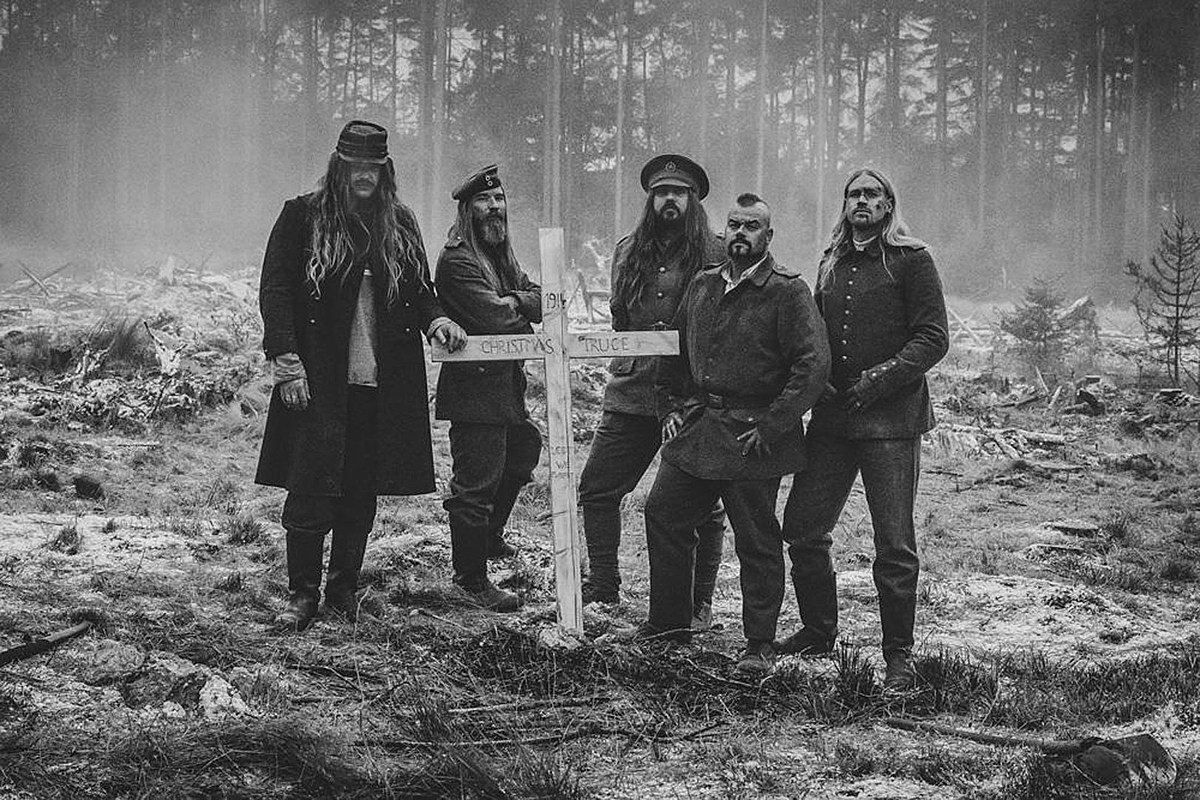 Even in times of war there can be times of great humanity. One of those moments happened on December 24, 1914 when the British and German shoulders stopped their battle, found common ground, met, exchanged gifts and even played football on Christmas Eve. . It was a rare moment of peace in the midst of a bloody battle and it is a subject which forms the basis of Sabaton’s last song, “Christmas Truce”.

Swedish metal heroes have long let their fascination with the conflicts of the world serve as the inspiration for their songs and “Christmas Truce” is part of this tradition. â€œThe Christmas truce was our top priority when we decided to write songs about WWI,â€ said bassist PÃ¤r SundstrÃ¶m. â€œNot only was it the subject most requested by our fans, but it was, for us, the most moving story of the war. This song took us years to create because we wanted the music to reflect the ‘honesty of the vibe, and that was a big challenge; but we think we’ve managed to write a song that captures the spirit of that day, over a century ago.

Speaking of creation honoring the original event, the members of Sabaton also filmed a video of the song taking place on the battlefield which can be viewed below. Check out the lyrics and the clip and if you like what you hear, the song is available for download here.

Madness
Oh I remember the sadness
We hid our tears
In a foreign land where we faced our fears
We were soldiers
Carried the war on our shoulders
For our nations
Is that why we bury our friends?

Christmas on the front line, we walk among our friends, we don’t think about tomorrow, the battle will begin
When we celebrated Christmas we thought of our friends, those who never returned home, when the battle began

“Christmas Truce” will be part of Sabaton’s tenth studio album, The war to end all wars. The album is due out March 4 via Nuclear Blast Records and is available for pre-order here. This latest collection of songs takes a look at many atrocities, miracles and events that took place around WWI.

Christmas becomes an artistic affair in this ‘mall-seum’ – Manila Bulletin