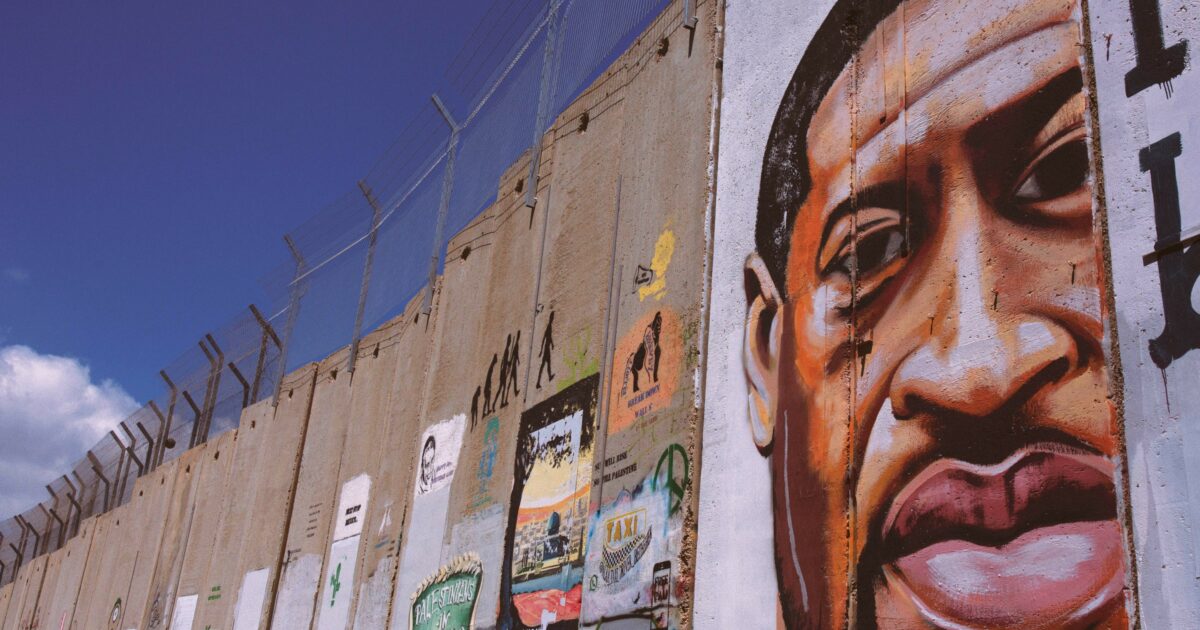 MAY WAS A MIRROR. Almost a year after the murder of George Floyd in Minneapolis sparked revolutionary riots in the United States and then around the world, state violence inflicted on Palestinians in Jerusalem sparked protests that spread across Palestine – no only Gaza and the West Bank, but all the land as it existed on the eve of the Nakba – then the world. The uprising in Minneapolis and elsewhere in 2020 rekindled social life after a deadly first phase of a pandemic. The uprising in Jerusalem and elsewhere in 2021, affirming the riot power of Lazarus, made the unity of Palestine tangible again, despite the balkanization of Gaza and the West Bank, the weakness of the Palestinian political leadership and the persistent horror of Israeli colonization.

As wealth consolidates among the super-rich and proletarian conditions decline globally, the situations of the poor and oppressed people look less like heartbreaking exceptions than a shared status quo portending a bleak future. As the pandemic began, George Floyd’s name became an inspiration and metonymy for a widely shared vulnerability to state coercion and neglect. A year later, through various vectors, Palestine – its enlisted, tortured, dispossessed people – briefly provided a universal channel through which protests expressed hopes and fears of bad weather.

These two collectively written moments of possibility did not emerge from any recognizable mainstream political stream. Instead, the recent protests have reintroduced an important element into the calculation of resistance, highlighting the mass revolt as a political factor in its own right. The Palestinian protests of the present moment are being given additional strength by a transformation in mainstream American politics brought about by last year’s uprising. The events of 2020 – the obscene knee to the neck, the fire in the Minneapolis compound, the viral rioting spread everywhere – were felt around the world. This year, young Palestinian activists cited the Floyd uprising as a guide and inspiration. Zionists have also noticed the phenomenon: a recent Haaretz An editorial by conservative journalist Jonathan S. Tobin, for example, lamented the breakdown of the US bipartisan consensus on Israel, directly blaming Black Lives Matter and the left wing of the Democratic Party.

The current phase of solidarity is based on “Ferguson in Palestine” framework that emerged at the start of the Black Lives Matter movement, after the murder of Michael Brown in 2014. This earlier phase identified a common enemy, materially basing its analysis on the two movements‘ experience of direct repression: the same tear gas, the same police training. As Angela Davis said in a 2014 interview during the Ferguson Uprising, comparisons between Ferguson and Palestine have helped illuminate the structural nature of state violence; These were not just local incidents of police brutality requiring local reform, but nodes in a vast global network of repression. When the Black Lives Movement released a political platform in 2016, it included condemnation of US collusion in Israel.‘s “genocide. . . against the Palestinian people.” As might be expected, they had to deal with a backlash from the White Jewish establishment. “We wholeheartedly reject the idea that effective anti-racist work can only be accomplished by denouncing and denouncing Israel,” Rabbi Jonah Dov Pesner of the Reform Judaism Religious Action Center said at the time: American Jews, in other words, shouldn’t have to choose between anti-racism at home and racism abroad in Israel. The activists who drafted the platform were not moved by the argument that they should accord special ethical status to Israeli violence against Palestinians. American Jewish opinion has shifted instead. Despite the public anti-Zionism of the black movement, during the uprisings of 2020 all major Jewish organizations spoke out in favor of Black Lives Matter.

At the FIAC Art Fair, the ambitions are great. Can sales keep pace?