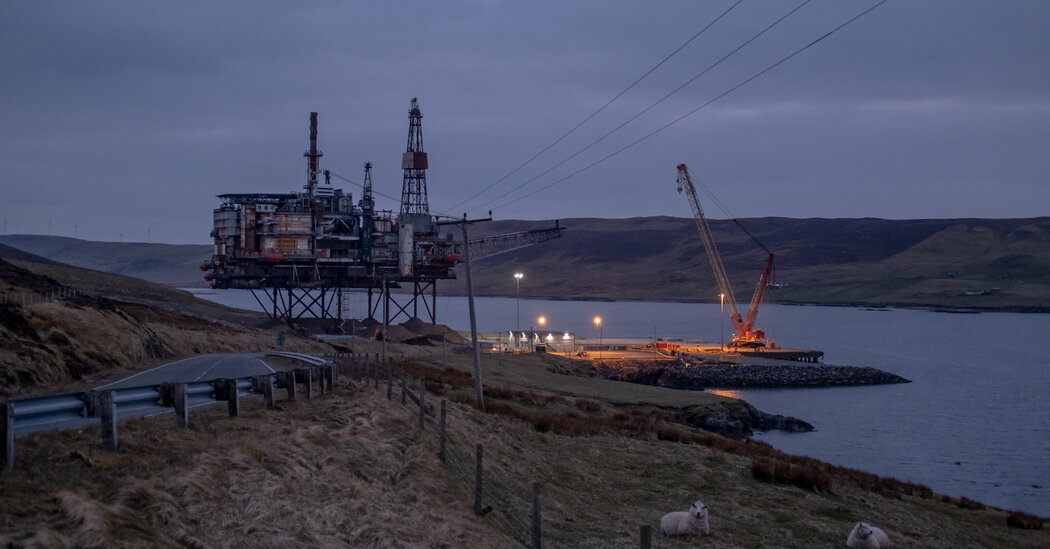 Activists and delegates from around the world on their way to Glasgow have reason to be concerned. After all, they are coming together for an exceptionally high-stakes climate summit. Known as COP26 and taking place from October 31 to November 12, the conference may be one of the last chances in the world to prevent the average global temperature from rising by less than 1.5 degrees Celsius, or 2.7 degrees Fahrenheit, above pre-industrial levels – and avoid global warming on a terrifying scale.

This fearful mood does not appear to affect UK Prime Minister Boris Johnson, the leader of the host country. With emphatic optimism, Mr Johnson appears confident that countries will step up climate action: the conference, he said in September, will be “a turning point for humanity.” And he positioned Britain as boldly leading the way.

To justify his argument, Mr Johnson points out that Britain has decarbonized more than any other developed country, 1.8 times the average for countries in the European Union, and was the first major economy to join the Laws a net zero carbon emissions target.

Yet Britain is far from being a climate hero. The country is attached to fossil fuels and private companies, opposed to strict regulation and unwilling to recognize its historic responsibility to the countries of the South. Even the touted goal of net zero by 2050 relies on unreliable carbon offsets and is too far away to cause decarbonization soon enough. Mr Johnson can claim the country is the world leader in climate action, but we shouldn’t fall for the trap.

A glance behind the rhetoric reveals hypocrisy everywhere. For COP26, officially the 26th United Nations Conference of the Parties on climate change, the government has set four main objectives: global net zero by 2050, protection of communities and natural habitats, increase in climate finance and strengthening international collaboration. But in practice, it pursues policies at home and abroad that violate all of its objectives.

In order to seal a free trade deal with Australia, which recently ranked last in the world in tackling greenhouse gas emissions, Mr Johnson deleted textual references to established temperature targets by the 2015 Paris Agreement. In addition to a bad example, this is an insult to nations particularly vulnerable to climate change, who argue that a limit of 1.5 degrees Celsius is essential to their survival. For Mr Johnson, international collaboration is good – until it gets in the way of the national interest.

In September, Mr Johnson vigorously coaxed countries into spending more money at the United Nations General Assembly in New York – in an attempt to help developing countries mitigate and adapt to the climate degradation. It was a bold bet, not least because Great Britain is way behind in its contribution to climate finance. Its efforts have been rated “grossly insufficient” by the Climate Action Tracker, which provides independent scientific analysis of climate policy.

But the most blatant double standards are closer to us. Against warnings from the Scottish government, the Westminster National Government is set to approve 18 new oil and gas projects in the North Sea. One of the largest oil fields, known as Cambo, is estimated to drill a total of 150-170 million barrels of oil through 2050.

New drilling is part of the â€œmaximizing economic recoveryâ€ strategy of the Oil and Gas Authority, the body responsible for regulating Britain’s oil and gas resources. Passed by Parliament in 2015, it stipulates that companies must aim to extract any profitable oil or gas. The government has the ultimate power to change this strategy – and stop Cambo if it wants to. But in addition to requiring the regulator to help achieve distant targets of net zero by reducing production emissions, the government has so far failed to intervene.

Cambo is the most glaring example of a political and economic approach that brings Britain down from its moral high ground. The list of sins is long. It includes airport extensions, missed biodiversity targets, a botched attempt to isolate homes, not ruling out a new coal mine in Cumbria and, of course, failing to regulate the world’s biggest fossil fuel financiers. in the City of London. At every step, the government has made it clear where its priorities really lie.

Most infuriating of all, these actions hide under a smokescreen of good words. Government can be a world leader in setting goals (there are 78 commitments in a new transport decarbonization plan alone), but it cannot promise to come out of escalating heat waves, fires and floods. One of the government’s own climate advisers rated the government nine out of 10 on the targets, but said it was “somewhere below” four out of 10 in efforts to meet them. The government’s long-awaited strategy to achieve net zero emissions, which is expected to be released on Tuesday, is unlikely to change the picture. Warm words will not stop a warming world.

One could charitably call this cognitive dissonance, the result of an inability to reconcile climate goals with an economy forged by fossil fuels. But the truth is harder. Countries around the world, Britain foremost among them, are voluntarily pursuing an economic strategy that warms the planet, devastating communities all over the world. They prefer private profit to a habitable planet.

The time frame within which we can avoid the worst is shrinking with each passing day. The two weeks of COP26, during which governments will have the opportunity to bridge the gap between rhetoric and reality, will prove crucial for the planet. Either we continue on the path of a rapidly warming world or we change the course of human civilization.

But whatever happens in Glasgow, the storm no longer builds up. It’s aerial.