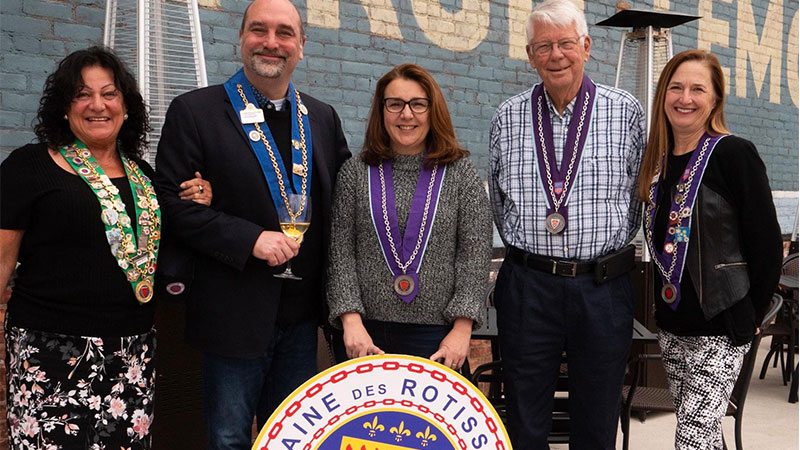 Food celebration to be held in Glass City

It’s no secret Toledo loves good restaurants. And nothing goes better with a good meal than good wine and spirits. From October 21-24, the best food Toledo has to offer will be showcased at the Provincial World Midwest, a four-day regional event that will feature Toledo, bringing together members from 12 states to get a taste of what Toledo to offer. The event is also open to the public.

From Thursday October 21 to Sunday October 24, the Toledo chapter of the international The ChaÃ®ne des RÃ´tisseurs will host the Midwest Mondiale Provincial 2021 right here in Glass City. The event will present everything related to Toledo and offer members a taste of the gastronomic experiences of our region.

The backstory
The ChaÃ®ne has a long history, the roots of which go back to medieval France. Formed with a deep royal class interest in fine wine and gastronomy, the original guild was abolished during the 18th century French Revolution. In 1950, however, a new incarnation emerged with an interest in promoting the same culinary traditions that old-world France celebrated.

Mary Martin is the director of the Toledo branch – or as the French would say, Martin is the Bailiff of Toledo. She has held the reins of the Toledo chapter since 2010. Martin said: â€œLa Mondiale is a sister of the ChaÃ®ne. Before, it was all about wine, but we incorporated beer and cocktails into our tasting.

It’s even more than that, however. â€œWe are a non-profit organization that is interested in the development of young chefs in the region,â€ said Martin. â€œWe are working with the Craft Beverage Program at Lourdes College and have awarded scholarships to aspiring and talented chefs who are learning and working in Toledo.â€

Come to the city of glass
Martin was instrumental in recognizing Toledo and all of its attributes as an interesting place to host this year’s event. â€œWe have 6,000 members internationally,â€ Martin explained. “Our small chapter in Toledo has 40. I insisted that Toledo be on the map at our national meetings.”

The event will bring together representatives from other regions, namely Cincinnati and Indianapolis, to Toledo to participate in a full-day series of premium food paired with premium wines, all cooked up by some of Toledo’s best restaurants. . But it’s not just about the food. â€œIt’s an educational wine event,â€ explains Martin. “Our chefs will serve the best of French cuisine and also explain to our outside guests why they have paired certain wines with certain foods.”

Local representative
Guests from out of town will stay at the Renaissance Hotel in downtown Toledo. The event is open to members and non-members. The Mondaile kicks off at 5:30 p.m. on Thursday, October 21, with a ghost tour of historic Oliver House, followed by hearty appetizers at the Maumee Bay Brewing Company.

On Friday, guests will tour the Toledo Art Museum and Glass Pavilion, with a glassblowing demonstration and five wines provided by Heidelberg Distributors and food provided by TMA Chef Joe Felix. Friday dinner will be provided by the Souk Mediterranean Kitchen and Bar.

Saturday’s events will include a wine tasting and lunch at Registry Bistro and dinner at Element 112. On Sunday, members will participate in a kick-off brunch at the Toledo Club, recapping the event.

Are Patches All You Need? New study suggests patches are behind strong performance of vision transformers