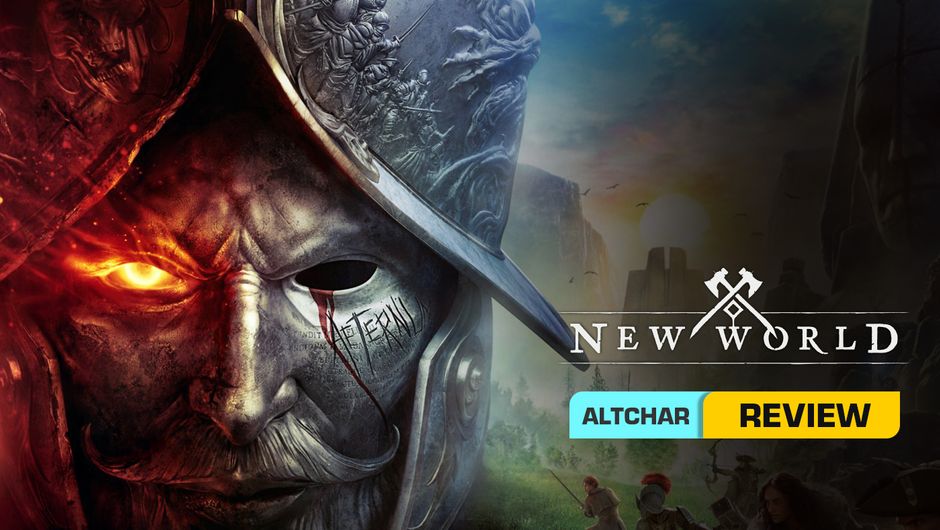 Many video game titles have received the WoW Killer moniker, and New World is one of them. Whether he deserves this accolade from now on remains to be debated, but the potential is definitely there.

From World of Warcraft fans to the Guild Wars 2 player base, the MMORPG community has been eagerly awaiting Amazon’s New World. Due to several delays, the anticipation of the game has continued to grow, especially after their very successful beta. So, is Amazon’s new title worth your time or is it just another MMORPG that will be forgotten in a few months?

As far as the construction of the world is concerned, the New World was obviously inspired by the discovery of the Americas, during the 1500s, at the time called the New World. You land ashore with nothing but clothes on your back, after your ship sinks, and begin your journey from zero to hero.

The game features three factions vying for control of the New World. These are the Marauders, who are imagined as a group of battle-hungry maniacs, aiming to establish a free country, where there are equals and those who are “more equal”.

Next to them is the power-hungry Syndicate, beholden to no one but to themselves individually, and they only come together if there is a profit to be made, or greater. enemy to be eradicated.

And last, but not the least, is the Alliance. Religious fanatics who fight for the salvation of your soul, which they are not opposed to separating from your body.

Sadly, even with all of these colorful descriptions and role-playing potential, the real distinction in the game comes down to the green, purple, and yellow factions.

While most players have started to develop feelings of loyalty to one faction or another, these don’t seem to be for anything other than membership in your own group, whatever it is. Ultimately, each of these three factions can be swapped out in the game, and no one would notice, when it comes to their distinct characteristics, which don’t exist.

As for the grand story arc itself, there’s not much to say. New World begins with a cutscene that elegantly moves into character creation and ultimately where you land, but storytelling is quickly relegated to reading codex entries you find everywhere.

The main quest also offers a vague narrative, but the exposure and storytelling weren’t masterfully crafted as players might lose interest and skip the dialogue in order to keep working.

As always, MMORPG gameplay can be divided into two broad categories, PvE and PvP.

Amazon really built a new world with this game as it feels very alive and in constant motion, with flora and fauna adding to the overall feeling of infinity of the game. However, no matter how limitless or felt something is. , it tends to darken if there is nothing substantial to fill that space.

New World, unfortunately, has nothing new to offer players after the first 15 hours of play, at least in the PvE department. The good news is that the game has a solid foundation and it shouldn’t be difficult to add new content. As it is, be prepared to visit plenty of farms, quarries, cemeteries, and caves during the quest.

Gathering resources, crafting items, doing quests, or just plain hard work is what fills most of your gaming experience, at least right now. Loots are great for overcoming casual players for a while, but crafting is where the real gear comes in.

There are always other things you can and should be looking to spend your money on, like housing. Also, after level 20, relevant gear becomes scarce anyway, due to supply and demand, so making the effort to develop your crafting early definitely pays off. Overall, the gameplay loop comes down to an ever-present grind for higher levels, in all aspects of the game.

That’s not to say that the endgame is the only fun part of the game, but rather to point out that grinding is always fueled by motivation for a near goal and not some distant future content. In addition, there are quests to help you along your journey.

Basically, these quests unfortunately do not differ from faction to faction. All they do is bring in your chosen faction points that go towards territorial control, while the quests themselves are a sort of recovery quest. Minor spoiler alert, be prepared to take on a lot of undead.

Credit is due, these are not all basic zombie-like creatures, but take the form of undead from various pop culture sources, and their appearance so often is one of the reasons for the lack of PvE. of the New World.

Gathering resources might seem like a tedious way to spend your time, compared to battling the inhabitants of Aeternum, but I assure you it isn’t. There is just something so satisfying about putting together what you need to craft this piece of gear that will make you stronger in PvP.

Speaking of PvP, that’s the selling point of this game. While it’s a controversial topic, in my opinion Amazon hit the mark on this one. The action combat takes some getting used to, especially while you’re in the process of finding a build that suits your playstyle, but it keeps you on your toes in every PvP encounter you choose. ‘to have. And choose what you can, which will keep the servers from turning into murderous territory.

The best aspect of New World PvP is the mass battles that take place between factions. The tendency today is that only members of large guilds, called New World companies, are chosen to take part in these wars. The option of choice is given to those who hold the territories where the fighting takes place, which are the companies mentioned above.

It should be mentioned that this is not a fault of Amazon’s game design, but of the gatekeeper mentality of companies that have migrated to New World from other games. Once businesses start to spring up in the New World, the average gamer will have the opportunity to join one and participate in wars more easily.

The visuals of New World are truly breathtaking

As mentioned above, Amazon really made a different world in this game. No matter if you are exploring an ancient forest filled with deadly predators or a bustling city center, the sound effects make you feel like you are being watched by a deadly predator. pair of hungry eyes, or make your way through a crowd of people and keep your wallet safe.

What Amazon has managed to do, however, is something that I don’t think is recognized enough, and that’s the graphics. Realism-based graphics in video games require a fine touch, because too much stuff looks weird and too little shoddy.

New World, however, is in the middle of video game realism, with the characters and the world itself being a step up from any other MMORPG on the market. Paired with a Renaissance aesthetic, weapons, and magic you might see used in the real world, this part of the player experience has reached the level of an art form.

In recent years, whenever a new MMO game hit shelves, so to speak, the first thing potential gamers would ask: does this one pay. We can safely say that while New World has microtransactions, the game certainly doesn’t pay to win.

However, one of the best things about the game – its world-building and basic graphics – can be ruined due to the options these microtransactions offer. The New World store aims to provide players with the ability to make their character distinct from everyone else with the cosmetic pack offered by Amazon.

Sadly, these packs are a colorful, flashy affair, which clashes with the rugged, dark aesthetic of the rest of the game. These poor castaways don’t even have mounts, god damn it, how can you explain that they are. as colorful as a Christmas tree.

Ultimately New World can best be described as a very high quality work in progress with the base game mechanics in place and ready to take the full brunt of a top title, but there is none. still not enough. meat on figured bones.

If you’ve been waiting for an MMO that will survive the test of time and won’t close as soon as publishers make a profit, New World is for you. You will experience adventure, battles and the feeling of achievement and progress. Just keep in mind that the game is meant for more than it currently is, and give it time to settle into its rhythm.

Many thanks to Amazon Games and Bastion for providing us with review copies of New World.