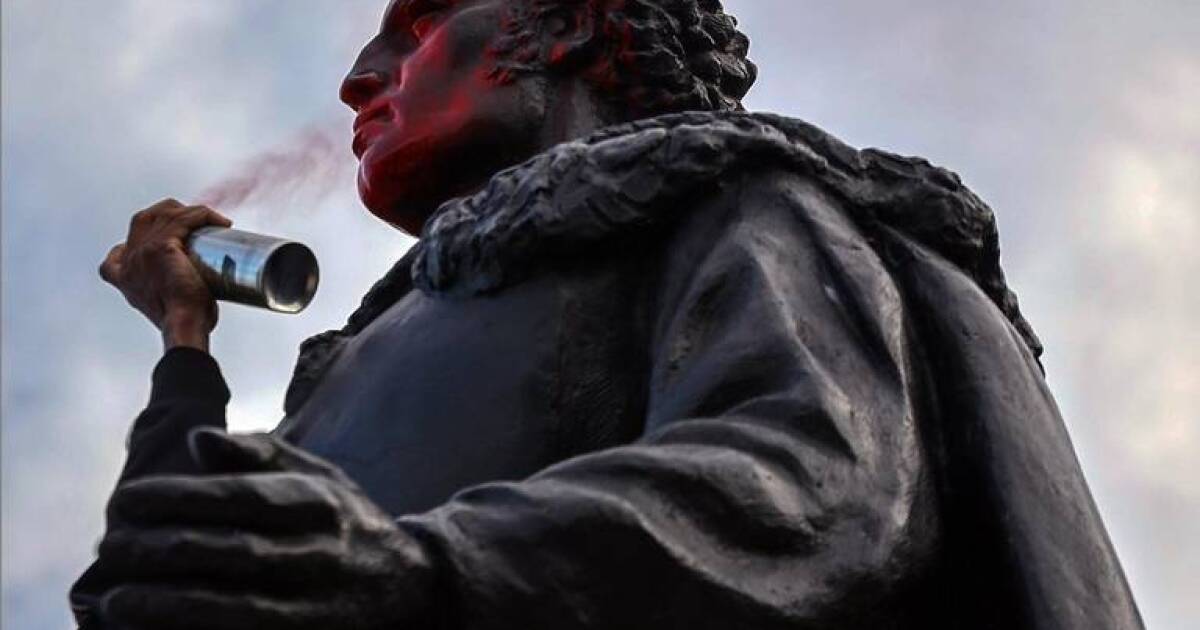 In a country that gorges itself on polarizing conflict as if it were nachos in a UFC fight, next Monday – October 11 – Columbus Day – promises to be a big chunk with some extra jalapeÃ±o. That is why all those busy vacations must be abandoned and replaced with a new one.

Call it Beringia Day, for the now-defunct land bridge that once connected the Old and New Worlds (more details below).

WLRN is committed to providing reliable information and local reporting that you rely on. Please keep WLRN strong with your support today. Donate now. Thank you.

Few holidays spark as much partisan fury as Columbus Day, the actual celebration of which is October 12. It was the day that Christopher Columbus and his Spanish fleet sailed the Bahamas in 1492 and â€œdiscovered Americaâ€. Note to Americans: he never set foot in what would become the United States. The Liberals will be in force to disfigure or tear down the statues of Columbus and declare him a colonialist monster; conservatives will revere him for bringing European Christian civilization to a pagan hemisphere.

We now know that the â€œAmerica Discoveryâ€ part is a bull. Cristoforo Colombo – his real Italian name – “discovered” the squat. He was only the last Old World expeditionary to discover the New World. He joined a large number of predecessors, such as the Viking Leif Erikson and, more importantly, the Native Americans who welcomed Columbus. The same people who in Mesoamerica had come up with an ingeniously precise calendar and mathematical ideas like zero – and who in Massachusetts would later save the Pilgrims from starvation.

READ MORE: The anti-racism protests in Miami are caught in our hypocrisies Columbus and Che

Hence the main reason why Columbus is the figure we venerate on the day we venerate the Americas. To call him the “discoverer” of the world the Mayans forged is as absurd, if not racist, as to call Elvis the “king” of music pioneered by Chuck Berry.

Things get more insulting when you consider Columbus’ record in the Americas. As soon as he landed, he sent many of his native hosts to be enslaved in Spain; and historical documents reveal that he was often, yes, the colonialist monster that protesters painting his statues claim.

To call Christopher Columbus the “discoverer” of the world the Mayans forged is as absurd, even racist, as to call Elvis the “king” of music pioneered by Chuck Berry.

That’s not to say that Italians and Spaniards shouldn’t be proud of his daring maritime feat or that it wasn’t a tectonically important moment in history. It was.

But here is an equally tectonic moment: the day, some 15,000 years ago, when the Stone Age Asians invoked a similar daring and hope – without any financial backing from Madrid – and crossed through Beringia, Siberia to Alaska, discovering America for real.

Columbus Day should be renamed Beringia Day to celebrate not only the arrival of humanity in the New World, but what being the New World means. Columbus was not looking for a hemisphere he did not know; he just thought he was making his way faster to the other side of the one he knew. On the other hand, the early crusaders of Beringia knew they were heading to Earth 2.0 – and they went anyway, because they felt in their primitive way that what awaited them was a new version of it. ‘themselves as well as a new version of their planet.

This is the mindset that we, heirs of the New World, are meant to adopt. Few have described it as forcefully as the hero of Cuban independence JosÃ© MartÃ­ in his founding 1891 essay “Nuestra AmÃ©rica”, which implores the inhabitants of this hemisphere to abandon “imitate” and adopt “create” as their “password”. To create democratic governance, the happily syncopated rhythms of jazz and salsa, or freedom-promoting tools like the Internet – whose binary code foundations, let’s not forget, owe a debt to the Mayans, the New Greeks. World, and this concept of zero.

In fact, says MartÃ­: â€œOur Greece must have priority over Greece which is not ours.

Columbus is just an inappropriate logo for the envisioned new Greece MartÃ­. Especially in 2021 – the year marking the 500th anniversary of the brutal Spanish conquest of the admittedly brutal Aztec Empire in Mexico. In the half-millennium since that bloody result of 1492, Mexicans have actually understood the October holidays well: they call it â€œDÃ­a de la Razaâ€, to commemorate not the trauma but the magnificent and magnificent Euro-indigenous race, mestizaje, which emerged from this trauma.