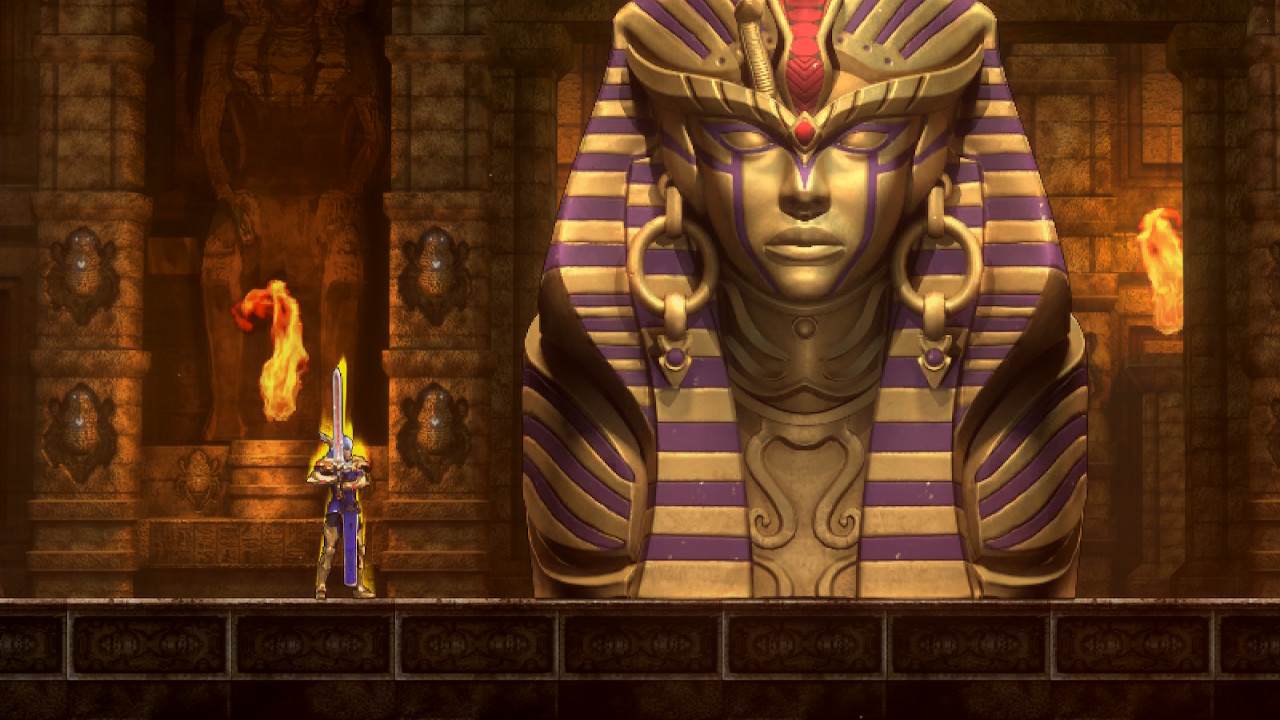 Arriving on the Super Famicom that just released in late 1990, Actraiser’s juxtaposition of side-scrolling action with divine simulation put Quintet – a new developer formed mostly of Falcom alumni – on the map. as a developer not afraid to innovate. This thirty-year-old game saw you at the helm of an almighty God, tasked with bringing peace to the world following his corruption at the hands of Tanzra.

In the continuing tradition of what has been the year of unlikely series covers, Square-Enix surprised us last month by dropping a brand new remake, dubbed Actraiser Renaissance. It’s a fitting name for a game that reinvents more than a faithful conversion, something that is sure to annoy purists, but its approach of building on the original game has certainly led to some interesting results.

Let’s talk about the elephant in the room first, then: the controversial art direction. While Renaissance’s pre-rendered graphics left purists in shock, they work pretty well here. They’re genuine: art director Tetsuya Shiraishi previously worked on CG models in Resident Evils 1 and 2. Yes, it’s not nice pixel art, but it’s good at communicating extra details that wouldn’t be there at all. 240p, the visuals now benefiting from a lot of animation frames to boot. It also helps the game stand out from the countless 2.5D games available.

From the start, Actraiser Renaissance retains the configuration of the original, alternating between two phases of gameplay. You start by taking down a boss that occupies a region of the world, then retreat into the skies above the Guild of Humanity to rebuild civilization. Once people’s faith in you rises above a certain level, you are called back below to overcome the remaining evil.

Renaissance considerably revises and expands the sections of the game of God. The original version largely left you on your own, so it was possible to spend a lot of time shaping the terrain with your miracles, guiding the townspeople to build, only to realize that you are running into a wall while increasing the population. at the required level. . Experimentation and perseverance were essential.

This is now a guided process in Rebirth, with each key step broken down into its own individual quest for your assistant agent or the prayer below. Complete one quest and you’ll be presented with another, and while it sounds rote, the dramatically expanded narrative – where humanity engages with you and others on a regular basis – helps to some extent to add context to otherwise mundane tasks.

What this format does is ensure that you will always have built things in the most optimal way, but having to approach city building in a specific way and order leaves the procedures behind. shallow and repetitive as you progress through the game. The repetitive nature of the quests doesn’t help either (collect seven field fruits, build three workshops, give up 200 resources, etc …)

And yet, you will likely find yourself glued to the city building despite its inherent shallow depth. This is probably a good thing because one area where Renaissance shines is its defense missions. As part of the development of the city, you have to place defensive towers in anticipation of a total assault from the monsters of Tanzra.

Defense missions are rarely less than frantic since you are scattered over resources. Each region in the game has its own prophesied hero that you can direct across the map to dispatch enemies, and expert guidance from these summoned heroes in tandem with how you cleverly place defense towers is important.

And yet the balance is certainly uncertain – at least on normal difficulty, as you can comfortably secure victory by using the same strategies over and over again. Fortunately, going from Difficulty to Hard increases the bet, posing a bigger challenge that requires a better understanding of enemy weaknesses and spawning positions.

The side-scrolling action segments are also transformed compared to their Super Famicom counterparts, perhaps less drastically. This is the fight that has changed the most in Renaissance. See, the original Actraiser on Super Famicom left you feeling vulnerable all the time – all it took was hitting an enemy to tip you over – an odd juxtaposition considering you’re playing an almighty force of God. In fact, these segments were ruthless to the point that it was made easier for its release in North America, although the European release had a satisfying mix of the two.

In Renaissance, not only are you a lot more agile, armed with a quick reverse maneuver, but you’re a lot more masterful with the sword, which means there’s no more aimless stabbing in the air. . You can easily achieve combos, you can slide up in the sky or down to the ground. Press and hold the attack button three times left or right, and you’ll cross the space in front of you, making yourself invincible at the same time.

At the start of the game, these elements all work together in harmony: health is low, you cannot use magic, and bosses pose a significant threat. The invincibility frames triggered by your abilities become almost necessary for survival. But it definitely gets a lot easier as you progress through the game.

The problem arises when you combine the generous invincibility frames with the magic you gradually unlock. Even the first magic spell – a giant fireball attack – has a generous period in which you’re partly invincible. It’s possible to get through entire boss fights – even on Hard mode – by standing in front of the beast, then spamming the magic button while you take virtually no damage when it attacks you. As you progress through the stages and collect hidden scrolls, your magic points increase accordingly, making this problem worse.

Unmarked difficulty aside, the side-scrolling segments are still quite enjoyable, with a lightweight platform, nifty enemy placement, and lavishly animated pre-rendered background effects that will let you stop and watch.

While it over-corrects any disorientation caused by the openness of the original Super Famicom title, Actraiser Renaissance’s all-new defense missions complement the building of the city well.

But something has been lost in the transition to more palatable gameplay – the original was ruthless, yet highly replayable, taking only three hours if you were good at it. This remake lasts several times longer, and we’re not sure we want to replay it. And yet, Actraiser’s charming juxtaposition of God Game, action platformer, and Yuzo Koshiro’s incredible soundtrack still make it a very interesting game, Renaissance remake or otherwise.