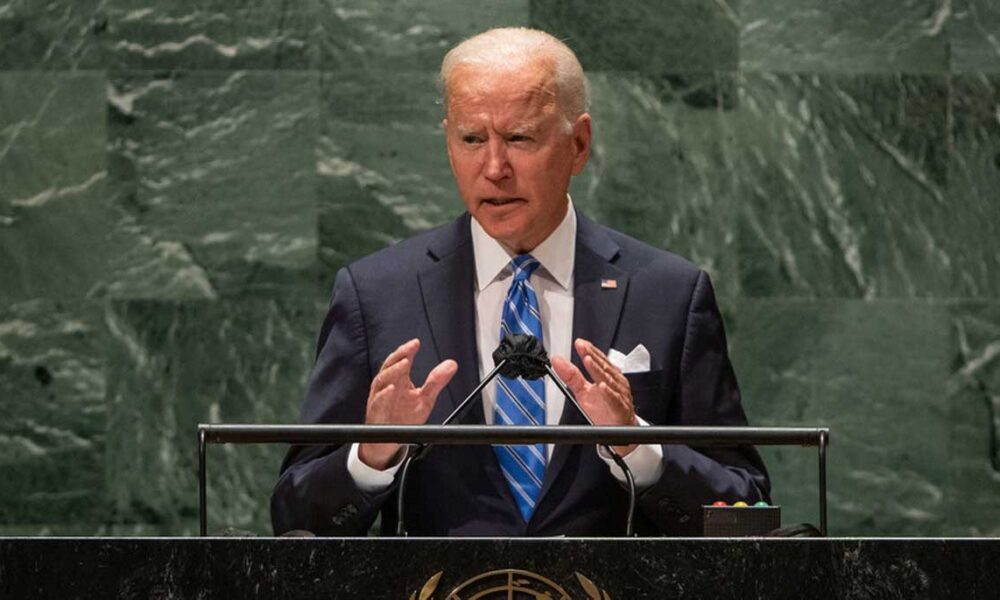 Afghanistan: at the center of the United Nations General Assembly

Like every September, with the exception of last year due to the COVID-19 pandemic, dozens of heads of government and state arrived in New York City to deliver bombastic speeches to the General Assembly United Nations (UNGA).

And although this year some have decided to stay home and send prerecorded statements, nearly a hundred world leaders have gathered in the huge UNGA hall to dissect the most pressing challenges and threats. of the planet.

Afghanistan itself did not speak, as the representative of the former government of Ashraf Ghani, who still holds the UN headquarters in Afghanistan, withdrew his name just before it took over. the speech.

Given that the â€œDiplomacy World Cupâ€ took place just weeks after the Taliban took control of Kabul, and as the Prime Minister of Spain said, â€œall eyes [were] focused, of course, on Afghanistan.

The rally, which took place September 21-27, provides a wealth of information on what key world leaders think, intend and seek about this new chapter in Afghanistan’s troubled history.

For starters, Biden made no secret of his satisfaction at leading the withdrawal of US troops from Afghanistan. “We have ended 20 years of conflict in Afghanistan … we have turned the page,” boasted the US president.

After this proud moment, he acknowledged the humanitarian agony endured by millions of Afghans, indicating the intention of Washington and its allies to come to his aid, with a caveat. “The UN Security Council has adopted a resolution outlining how we will support the Afghan people, setting out the expectations we will hold the Taliban when it comes to respecting universal human rights,” recalled the 78-year-old resident. of the White House.

Mr Lavrov used his speech to denounce what he says are the West’s disastrous state-building ventures. “The chaos that accompanied [the USâ€™ hasty withdrawal from Afghanistan] is an additional demonstration of the rules [with which] the West will build its world order, â€laughed the Russian Foreign Minister.

â€œIn Afghanistan, Libya, Syria, Yemen and other hotbeds, all external actors must show an understanding of the cultural and civilizational specificities of society, reject the politicization of humanitarian aid and help create ‘broadly representative bodies of authority that would involve all major ethnic, religious and political forces in the countries concerned,’ Lavrov warned.

The former Belgian Prime Minister expressed a certain mea culpa on behalf of the EU. â€œThe new situation in Afghanistan is a failure for the international community. And there are lessons to be learned from it. But one thing is certain: the end of military operations is not the end of Europe’s commitment to the Afghan people.

“We want to avoid a humanitarian catastrophe and preserve as much as possible the achievements of the last 20 years, in particular the rights of women and girls”, underlined the Brussels diplomat, underlining the hopes of the EU for the future of the Afghanistan.

In a pre-recorded video message, and without once referring to Afghanistan, the Chinese leader rejected state-building adventurism. “The recent development of the international situation shows, once again, that the military intervention from the outside and the so-called democratic transformation bring only evil”, underlined Mr. Xi Jinping.

“We must advocate peace, development, equity, justice, democracy and freedom which are the common values â€‹â€‹of humanity,” he continued, again using the term democracy, a concept that the Chinese president would certainly define differently than most dignitaries in the UNGA hall.

The uncertain future of Afghanistan, as the country with the most development challenges in Kabul, was also a central feature of Mr. Khan’s speech at the UNGA. â€œThere are two paths we can take. If we neglect Afghanistan [â€¦] this will have serious repercussions not only for Afghanistan’s neighbors, but everywhere. A destabilized and chaotic Afghanistan will once again become a haven for international terrorists – the reason the United States came to Afghanistan in the first place, â€said the former cricket star.

In his speech, the Pakistani Prime Minister showed great confidence in the commitments made by the Taliban since their return to power. â€œWhat did the Taliban promise? They will respect human rights. They will have an inclusive government. They will not allow their soil to be used by terrorists. And they granted amnesty, â€Khan said, although in many cases the Taliban broke their word.

President of the Islamic Republic of Iran, Seyyed Ebrahim Raisi

During his first speech at the UN, Mr. Raisi told Western powers to move away from foreign adventurism. miserably. The result of the quest for hegemony was bloodshed and instability, and ultimately defeat and flight. Today, the United States is not leaving Iraq and Afghanistan but is expelled â€, declared the new Iranian president.

But the Iranian leader has also shown skepticism and concern about the new Afghan rulers. “If an inclusive government with effective participation of all ethnicities does not emerge to rule Afghanistan, security will not be restored in the country,” Raisi said, referring to the country’s third ethnic group, the Hazaras, a predominantly Shiite minority in Afghanistan. long persecuted by radical elements of the Sunni majority.

Mr. Modi sent several indirect messages to Islamabad, a common neighbor of India and Afghanistan. â€œCountries that use terrorism as a political tool need to understand that terrorism is an equally important threat to them. It is very important to ensure that Afghan soil is not used to spread terrorism and terrorist attacks, â€Modi said.

The Indian Prime Minister urged action to address the dire humanitarian situation in the besieged country: â€œThe Afghan people, the women and children there, the minorities there, need help, and we must discharge our responsibilities â€.

President of the Republic of Turkey, Recep Tayyip ErdoÄŸan

Like most of his non-Western counterparts, Mr. ErdoÄŸan used the UNGA podium to rebuke countries involved in the Afghan invasion and its unfortunate outcome.

â€œWe have witnessed in Afghanistan that problems cannot be solved by imposing methods that do not take into account the realities and the social fabric on the ground. The Afghan people have been left alone, abandoned to the consequences of instability and conflicts that last for more than four decades, â€said the Turkish president.

Given the oversized role of the small but wealthy State of Qatar in Afghanistan, the Emir’s UNGA speech garnered considerable attention. And like the Turkish leader, Mr. Al-Thani sent an unambiguous message to the United States and its allies: â€œAfghanistan is not a question of victory or defeat but rather a question of failure to impose a political system from the outside. Regardless of intentions, efforts and money invested, that experience in Afghanistan collapsed after twenty years.

On the issue of human rights and humanitarian aid, the emir urged the world to hurry, no matter what. “We stress the importance of the continued support of the international community to Afghanistan at this critical stage and of separating humanitarian aid from political differences,” warned the ruler of Qatar.

During his speech, Briton Boris Johnson did not mention the developments in Afghanistan, his speech being entirely devoted to global warming and the COP26 climate change summit in November in Glasgow.

However, the virtual meeting of G20 foreign ministers led by Italy on Afghanistan on the sidelines of the UNGA showed that the perilous humanitarian and the human rights situation in the country, as well as the diplomatic limbo in Kabul, is one of the top geopolitical priorities of leaders around the world today.